The modern biotech industry is a multi-million euro business, but who are the Europeans behind the science that made the industry what it is today? Here are 10 scientists, engineers and healthcare professionals we think you should know about.

Over the last 25 years, biotech has become a burgeoning worldwide industry. It only became the success it is today on the back of excellent science. While some companies and leaders grab the limelight, as well as a few researchers, often names get lost in history and their remarkable achievements go largely unnoticed.

Throughout Europe, there have been many unsung men and women who have discovered new technologies, solved difficult medical problems, and created new materials over the last few hundred years. While it is hard to narrow down a long list, here is a selection of those we think made a significant contribution, in no particular order.

Károly Ereky deserves a place on this list, if nothing else because he was the first person to use the term ‘biotechnology’ to describe the transformation of raw materials into useful products using biology. A Hungarian agricultural engineer, he was an expert on the food industry and wanted to apply scientific principles to make food production more efficient and cost-effective. For example, one of his many publications was a book discussing how leaf proteins could be used as a possible food source. Known by some as the ‘father’ of biotechnology, he became the Hungarian Minister of Food in 1919. However, he was probably most well known for an enormous and highly profitable pig farm and slaughterhouse he set up (and wrote about) that had the capacity to raise 100,000 pigs per year.

Swedish countess and scientist Eva Ekeblad was ahead of her time. In 1746, she discovered a technique to make both alcohol and flour from potatoes, a relatively rare vegetable in Sweden at the time. This discovery helped reduce famine by diverting grains used to make alcohol back into the food chain. An entrepreneurial spirit, she also realized the potato flour she created could be used as a cosmetic face and wig powder to replace the poisonous arsenic powder being used at the time. Ekeblad was notable for being the first woman elected to join the Royal Swedish Academy of Sciences, a feat that took 209 years to be repeated, although her membership was reduced to ‘honorary’ status after three years because she was a woman. 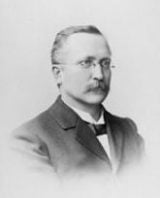 Wilhelm Roux was a clinical doctor, but spent much of his career conducting experiments in the field of embryology in animals, birds and amphibians. The German scientist is most well known for establishing the principles of tissue culture, an extremely widely used technique in modern labs. In an experiment carried out in 1885, he managed to keep neuronal cells taken from a chicken embryo alive in a warm saline solution for 13 days, a technique that was later refined and expanded on by other scientists. He also made enlightened observations on cell distribution during embryo development in studies using frog embryos.

Austrian researcher Ludwig Haberlandt was the first to develop a hormone-based contraceptive in 1921. Both his father and grandfather were eminent plant scientists. Haberlandt demonstrated that transplanting sections of rabbit ovary from a pregnant rabbit into another female could stop fertilization, or a short period. By 1930, he was testing a hormone preparation for contraception in clinical trials in Hungary. He had visionary views about bringing hormonal contraception mainstream and wrote in his 1931 book on the topic: “Theoretically, one of the greatest triumphs of mankind would be the elevation of procreation into a voluntary and deliberate act.” Sadly, he was hounded for these ideas throughout his life and is believed to have committed suicide in 1932.

Given the current popularity of the topic, it may seem a bit unbelievable that the first biodegradable ‘bioplastic’ — polyhydroxybutyrate or PHB — was discovered in 1926 by French biologist and engineer Maurice Lemoigne. He was working with the microbe Bacillus megaterium and discovered that it produced PHB when nutrients were scarce and the conditions were ‘stressful’ for the bacteria. At the time, petroleum was cheap and readily available and so Lemoigne’s discovery was ignored for many years. Now PHB is one of several bio-based and biodegradable plastics on the market. Lemoigne’s other research mostly had a focus on fermentation, water treatment, and soil fertilization.

Jean Purdy was a British research nurse who developed in vitro fertilization along with two colleagues — biologist Robert Edwards and clinician Patrick Steptoe. Purdy came to work with Edwards at the Physiological Laboratory in Cambridge in 1968. They experimented with eggs given voluntarily by infertile women and eventually managed to fertilize one in the lab in 1978. This egg was implanted and became Louise Brown, the first ‘test-tube baby’. Purdy died young of melanoma, but in her career she helped 370 children to be conceived in vitro. Despite efforts from Edwards, her contribution to the discovery was often overlooked and ignored. For example, her name was left off commemorative plaques that named her male colleagues. She also missed out on the Nobel prize, which was awarded to Edwards for the discovery in 2010, 25 years after her death.

Brigitte Askonas was born in Austria to Czech parents, but spent much of her life in Canada, the US and the UK. She was head of the immunology division at the National Institute for Medical Research in London from 1976 until she retired. She was instrumental in designing one of the early methods for creating monoclonal antibodies, now widely used for treating cancer and autoimmune disease. She also discovered that immune cells called T-killer cells have the ability to recognize viral subtypes, a principle now being used to develop vaccines against a variety of infections including influenza and HIV. She was asked to join the Royal Society in the UK as a recognition of her achievements in 1973. 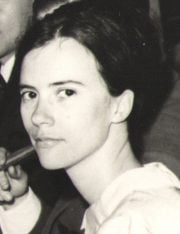 Daisy Roulland-Dussoix was a Swiss microbial geneticist. She did her PhD with Swiss scientist Werner Arber and in the process discovered restriction enzymes, proteins that can cut DNA at precise points. It was already known that bacteria could break down viruses called phages. However, a paper authored solely by Roulland-Dussoix and Arber showed in 1962 that enzymes produced by the bacteria were responsible. Much to her disappointment, Roulland-Dussoix did not share the 1978 Nobel prize awarded to Arber and two other scientists for the discovery of these enzymes. Later in her career, she worked in the US with Harold Varmus, who was awarded the Nobel prize with Michael Bishop in 1989 for the discovery of viral oncogenes. Roulland-Dussoix did not receive recognition for her work on this discovery either.

Rudolf Jaenisch is a German scientist currently working as Professor of Biology at MIT. He had a breakthrough in 1974 with the American scientist Beatrice Mintz when they created the first transgenic mouse. They showed that injecting retrovirus DNA into mouse embryos led to the virus being integrated into the animal’s genome, a change that was also passed to the offspring. This technology is now widely used to create mouse models for a wide variety of human diseases and has been instrumental in the development of many drugs. He is now working on how epigenetics can influence gene expression. Jaenisch and his group were one of the first in the world to report the creation of induced pluripotent stem cells from a mouse tail in 2007. They have since been working to create preclinical treatments for sickle-cell anemia and Parkinson’s disease using these cells.

Françoise Barré-Sinoussi is a French virologist, now retired, who was a professor at the Institut Pasteur in Paris. During the AIDS epidemic in the 1980s, scientists were at a loss to know what was causing the disease. Her knowledge of retroviruses led her to discover the HIV virus in 1983. She was awarded the Nobel prize in 2008 for the discovery of HIV along with her former colleague Luc Montagnier. Barré-Sinoussi started her own lab at Institut Pasteur in 1988. She and her team have carried out enormous amounts of research relating to HIV and its transmission. Among other things, she discovered the role of the innate immune system of the host in control of HIV/AIDs and the factors that influence mother-to-child transmission of the virus.