We’ve already named the best companies of the year, but which are our favorite companies? Here’s who they are and why!

We tried to be objective when we went through the best companies (as well as the best and worst clinical moments) of the year, but we still have our soft spots. When I asked the core team members what their favorite companies are, here’s what they told me!

The responses had an impressive range — yes, plenty of therapeutics companies but also synthetic biology and industrial biotech. I was surprised that no one mentioned BioNTech, which might very well become Europe’s Genentech with its range of solid technologies, but it’s hardly a company that needs any more praise. Everyone loves Oxitec, which has a popular favorite since CEO Hadyn Parry‘s fireside chat at Refresh this year. 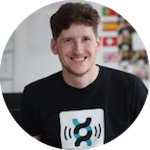 Eligo. Raising a $20M round from Khosla ventures in Silicon valley is a massive achievement, one that no other european biotech startup I could think of has made. Good job to Xavier Duportet, a very talented and ambitious young entrepreneur, one of the best in Europe today.”
Philip, Co-Founder & CEO 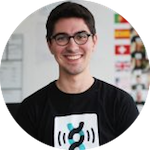 Curevac, of course! I’ve followed Curevac’s development since I first met the team in 2014. What struck me first was their passion and pioneering mRNA therapies — at the beginning, nobody believed that mRNA could be made into a drug! Since then, the field has progressed a lot, maybe thanks to the huge hype around Moderna Therapeutics. Still, the most technologically advanced company in the field is Curevac, the pioneer of the mRNA therapies.”
Joachim, Co-Founder & Managing Director 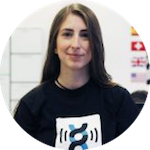 Mosa Meat! Founded by Mark Post, who created the first lab-grown burger to ever be made. Cultured meat could solve many environmental and health problems (land and water use, greenhouse emissions, antibiotic use) and help us deal with feeding 10 billion people in 2050.”
Clara, Staff Journalist 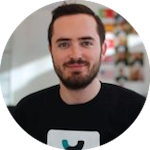 Oxitec, because it’s the story of mosquitos f$%&ing with the wrong guy, and because the company is fighting against zika, dengue, chikungunya, yellow fever and malaria.”
Maxime, Head of Marketing 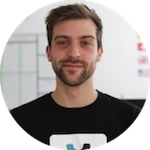 Synthego. These guys are working on the edge of CRISPR genome engineering after building a bunch of rockets at SpaceX hand-in-hand with Elon Musk. What could be cooler than that?”
Alessandro, Business Development Manager 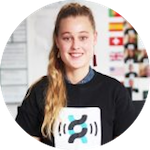 Cell-Free Technologies because they are using biotech in a fun and playful way that makes it more accessible to everyone. The DNA Tetris is awesome.”
Katherine, Marketing Intern 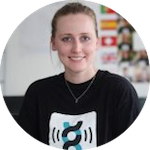 Oxitec is one of the coolest biotechs out there. Since hearing the fireside chat with Hadyn Parry at Refresh about their GM mosquitoes and their fight against Zika, I think they deserve much more appreciation for their work.”
Lara, Science Journalist 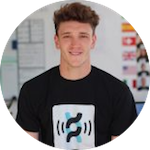 Carbios caught my eye because it is doing something very different to many of the biotechs that I write about for Labiotech. The company uses enzymes to break down plastic cheaply and efficiently so that it can be infinitely recycled. The next step for Carbios and its big name partner, L’Oréal, will be to find a way to make people bring back their waste instead of dropping it on the street.”
Alex, Journalist Intern 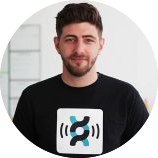 Sotio, because it’s the only real biotech in the whole Czech Republic. They focus on immuno-oncology with a lead candidate for prostate cancer in phase III, which it’s running without a large pharma partner — that is, the company is aiming to bring their drug to market on their own, which is not very common even on a global scale. They are a sort of underdog, despite their CBO having graduated from Micromet…one doesn’t hear a lot from the company.”
Tom, Head of Business Development 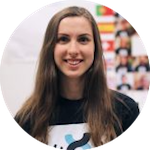 Cellbricks is a Berlin-based biotech startup that specializes in bioprinting. They utilize biological material to create human organ models for scientific research. Mini-organelles can be made to standardized biological assays as well as customer specifications. I think this is a very innovative approach to studying various diseases and disorders because it is a comprehensive and non-invasive approach.”
Marijana, Digital Marketing Manager 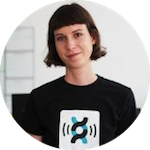 uniQure, because it brought the first gene therapy to a Western market. Despite snatching commercial defeat from the jaws of victory, the company is soldiering on into broader applications that could see the vindication of its technology.”
Evelyn, Editor-in-Chief