Any biotech company that has reached a certain size and is in need of investment will have to consider the critical question: is it time to go public?

Navigating the stock market can be particularly challenging for biotech companies. The biotech industry has some unique requirements that sets it apart from, say, tech or real estate.

“The funny thing about biotechs is that the more successful they are in advancing their research, the more money they need,” said Sebastian Grabert, the German Representative for the Euronext stock exchange.

“In particular for biotech but also for medtech, financing is almost limited to equity in the early stages,” Grabert told me. “Biotechs in research stages are not bankable in a traditional sense, meaning they will not receive any loans from banks. That’s why capital markets are so important for biotechs.”

The main reason why any company goes public is simple: money. Biotech companies in particular need a lot of funding, especially at the later stages of development. At the same time, venture capital investors that funded the early stages might start seeking an exit, which can often take the form of an initial public offering on a stock market.

“For most of the companies funded by VCs, the investors look for an exit route and an IPO is one of those with most favorable valuations,” said Saurabh Mishra, Partner at the consultancy firm Farmantra. “Public companies also have more visibility to acquirers and will be paid a higher multiple for an acquisition than a private company.”

While in 2019 biotech IPOs have been affected by the general public markets going down, the biotech public market has been steadily growing in the last few years.

“The number of biotech companies entering the market has grown. It started in 2012, then accelerated in 2015,” said Jotin Marango, Managing Director at Roth Capital Partners, noting that the valuation of the companies that go public is also growing. “Biotech IPOs are a very safe way for an investor to enter the biotech market.”

However, taking a company public comes with its own challenges. It’s not just about whether to go public. Timing is crucial, as well as choosing the right market to trade shares in. When that’s decided, the management needs to get everything ready to maximize the chances of success.

When to go public?

A company seeking to list on a public market needs to carefully time its IPO with the development plan of its technology.

“Clinical phase is a must,” said Grabert. “Most of the IPOs happening in all markets are in an advanced clinical phase, meaning phase II or even phase III, since phase II is the critical phase where you test the probability that it will work in humans.”

Although some biotechs at the preclinical stage have had successful IPOs in the US, companies trying to go public in early research stages might find it difficult to raise money. Despite exceptions concerning specific companies or areas that are hot at a particular moment, investors in public markets tend to lean towards lower risk opportunities, and before phase II the risk is still quite high for a biotech company. 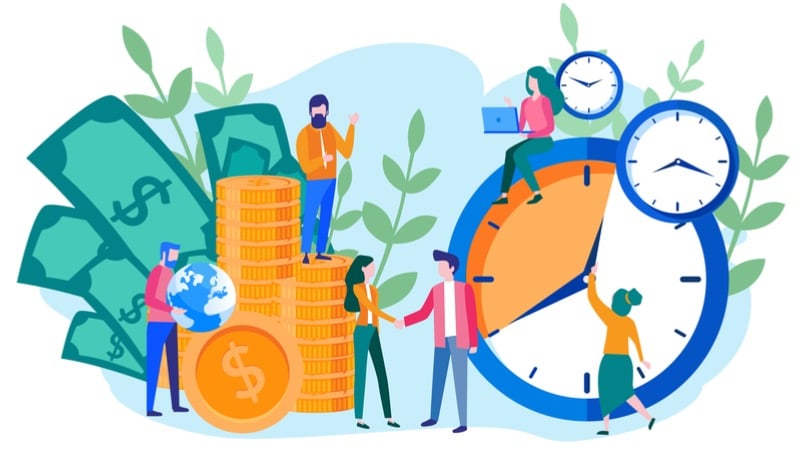 “In particular with small biotechs coming to the market, stock liquidity can be an issue,” added Grabert. “Very specialized companies require investors who are also very specialized — buy and hold investors with a clear view on the sector, the business model, the company, and the peers. In some cases there are not so many around.”

Another challenge for public biotechs is that the news flow has a huge impact on the share price, which can rapidly make massive jumps, both up and down. Biotech companies cannot report monthly sales performance indicators like an e-commerce company might do, but still need to keep investors informed on whether the planned milestones are being met. “Expectation management is the keyword here,” said Grabert.

Timing the IPO with an important milestone and making a plan to ensure there will be a constant stream of news afterward can be critical to maintain a healthy stock price and raise more capital in the future.

Where to go public?

“Any company, but in particular biotech companies considering an IPO, needs to ask three things: do I have listed peers? Do I have investors educated in the sector? Do I have investment bankers and brokers to support me?” said Grabert.

Once these prerequisites are met, a European company has three main options on where to list: a country-specific stock exchange, the Euronext, or the Nasdaq. Each with its own advantages and disadvantages.

According to Grabert, country-specific stock markets are often more suited for companies with a strong brand in the market with a business-to-consumer model.

But for companies with an international, business-to-business model, which is often the case with biotechs, larger markets can be a more attractive option. Currently, the US Nasdaq seems to be the most coveted.

“Some of the arguments for the Nasdaq are higher liquidity, higher valuation premiums, and higher value multiples for mergers and acquisitions,” said Mishra.

“The US is definitely the place to be for large-cap biotechs,” corroborated Grabert. “The US market is by far the biggest and deepest market in the world for biotechs, with the most advanced and capable investors, who understand what’s going on in the sector.” 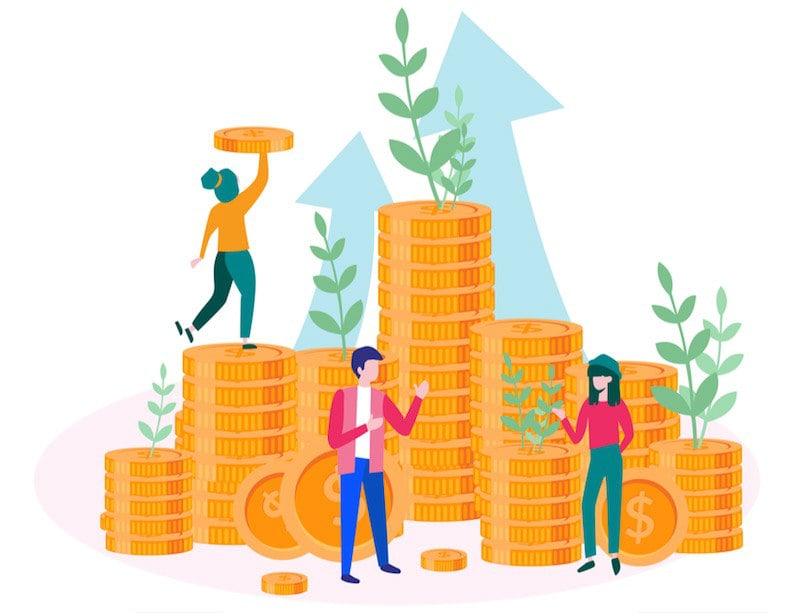 However, the Nasdaq can also be the most challenging market for a biotech IPO. It requires a larger investment, support from brokers and investment banks, and having clearly defined anchor investors in the US. “It’s not only very expensive to go to the US stock market, but you need to compete with many other good stories,” said Grabert. With competition, the visibility of the smaller companies is reduced.

For companies that are still not ready to take on this challenge, going public in Europe might be a better option. “Euronext comes in as the market for more junior or early-stage companies, with smaller tickets, because the costs are lower and there are many small and mid-sized brokers and investment banks supporting you,” said Grabert.

US investors and their famous deep pockets can also be found on the Euronext, with 49% of institutional investors coming from the US. They often come looking specifically for opportunities to invest in European small-cap companies, with valuations that are less likely to be inflated than in the US. In contrast, most investors on the Nasdaq are US-based, meaning that listing there requires maintaining a large presence of management and operations in the US.

The case for dual listing

A strategy that has become popular among European biotechs is to list first on the Euronext and later on the Nasdaq. Listing on the Euronext is cheaper, faster and less complicated for smaller companies, which can focus on growing and delivering on development milestones, building trust and reputation to then succeed in a Nasdaq IPO.

The strategy was perfectly played out by Galapagos. Now one of the largest biotechs in Europe, with a market cap of over €10Bn, the company started off with a €44M market cap when it listed on the Euronext in 2005, followed with a Nasdaq IPO ten years later. 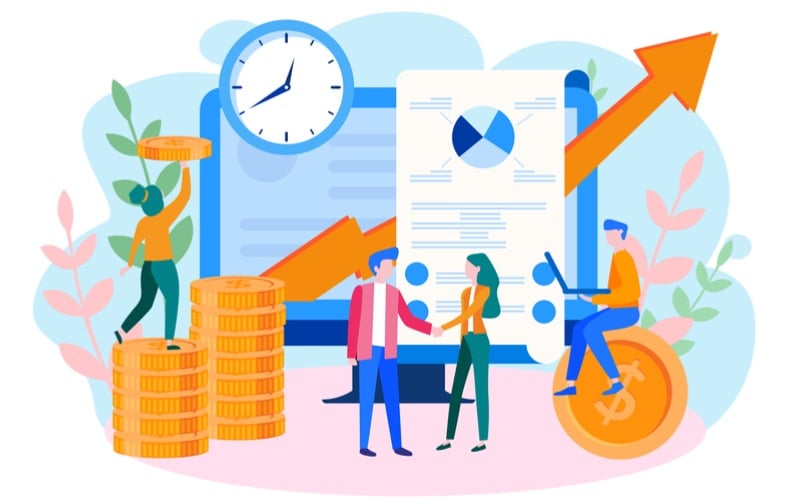 Many other European biotechs, including Ablynx, Argenx, Cellectis, DBV Technologies, Celyad and Erytech, have followed the same path. And they won’t be the last.

“For Celyad, the sequence of listing first in Europe and then in the US allowed the company to first strengthen and solidify its company and clinical roots in Europe, and then broaden its investor base and support new programs by listing in the US,” Filippo Petti, CEO of Celyad, told me. “Having a local focus first helped build the underlying foundation for the company.”

However, it’s important to plan this strategy carefully. Celyad listed on the Euronext in 2013, while it was running a phase III trial. Two years later it listed on the Nasdaq, which was timed with the acquisition of a cell therapy technology that is now the core of the company’s pipeline.

“There are specific challenges with having a geographically diverse investor base,” said Petti. “In particular, it is crucial to ensure that the company is effectively communicating and connecting with investors across locations. These efforts require additional focus and attention, but are well worth it as they are a key component of the company’s success.”

Once a company has decided when and where it is best to take the leap into the public market, there are several factors that can influence its success.

“The market is always changing, you need to prepare your strategy and be ready to go,” said Claudia D’Augusta, who was CFO of TiGenix when the biotech company listed on Nasdaq in 2016. “You need to do your homework in advance. With the support of investors, you need to continuously talk of what’s happening [in the public market].”

“Necessary homework for European companies is doing rounds that crossover to the IPO. Crossover investors are key; you have to have your anchor investors well defined ahead of your IPO.” 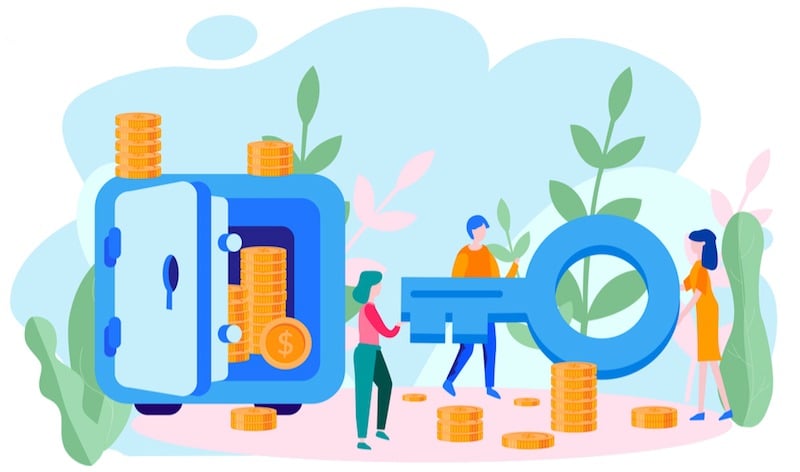 To have a successful biotech IPO, a company needs to select the right investors, that is, those that will hold the stock for an extended time. It also needs a management team that is familiar with capital market expectations with a long-term strategy in place.

To secure the investors, it’s important to be aware of what they are looking for. “When you try to find European companies, you look at four factors,” said Morango. “One is the fundamental scientific basis. Another is the pipeline, or having a platform with the potential to deliver new assets. Then you need a proper team in place, not just the CEO and CFO. Finally, the therapeutic area — areas like gene therapy can go in and out of fashion, whereas oncology will never go out of fashion.”

Life after the IPO

“The IPO is just the starting step for biotech companies. The more successful a biotech company is, the more money it needs, meaning that after the IPO there will be a second round, a third round, tapping the market again and again,” said Grabert.

“Many companies forget that the bulk of the money that is raised via the capital market comes through follow-ons,” he added, pointing out that only 25% of the money raised in Euronext by life science companies since 2013 came from IPOs. The rest comes from follow-on rounds.

It’s important therefore that a biotech company makes long-term plans, delivering on milestones and taking good care of investor relations. “They need the right team and they need the right strategy. If they fall short, it increases the risk of share price volatility or not being able to come back to the market for the next round.”

Going public is a long-term endeavor that a company needs to be prepared to be in for the long haul. “It’s expensive but I think it pays off,” said D’Augusta. “In our case it was a thrilling adventure.”

This article was originally published in November 2018 and has since been updated. Cover illustration by Elena Resko, images via Shutterstock.