In any field, getting in front of the right investors is a challenge of its own. Once you’re pitching, experienced investors and entrepreneurs say it’s important to be prepared, clear, adaptive, and patient.

According to Nancy Stagliano, CEO and Executive Chair at the US-based biotech startup Neuron23, the first key is clarity. “Tell a clear and succinct story that appeals to the investment thesis of the investors you’re pitching to.” This means articulating a clear ask–which sounds simple. “But for a lot of people who don’t have much experience, it’s daunting to say, ‘I need a lead investor, I need $25 million, I need three investors.’”

Stagliano is a serial entrepreneur. She started as the co-founder and CEO of CytomX Therapeutics, next helming iPierian through its acquisition by Bristol-Myers Squibb, and then running the iPierian spinout True North Therapeutics. From her pitching experience, she learned a few key lessons about what investors are looking for.

For example, platform biotech companies can have a broad, exciting vision, but that doesn’t sell a company on its own. “You need to provide to investors that killer application,” she says. “What are you asking for money to do? Which problem are you really solving? I don’t think in my first round that I realized how important it was to be crystal clear.”

Unlike other sectors, Stagliano says, “healthcare investors have the benefit of very clear milestones. If you can align your ask with showing them that timeline, what it costs to get to milestone X, it just puts everything into context for them.”

It’s important to articulate how to reach those inflection points, says Lucio Iannone, VP of Investment for Leaps by Bayer. “What gets me is the vision of what’s going to happen in the next five years.” This can be a specific funding round or an exit strategy. “If you already have a picture of the company, usually I can see that you are thinking three moves ahead. This is exactly the skill I’m looking for in a CEO.”

Michael Gilman, CEO of Arrakis Therapeutics and another serial entrepreneur behind Stromedix, Padlock Therapeutics, and Obsidian Therapeutics, says it helps to understand where investors are coming from. “I think that the most important thing I’ve learned about investors over the years, which I wish someone had simply explained to me on day one, is that they are trying to invest each new dollar at a lower risk than the previous one.”

So while you are articulating your value proposition, be clear about the risks around your underlying assumptions, and have a plan to discharge each one. “With each risk you take off the table, the closer you get to the pot of gold at the end of the rainbow, and you build value, which enables you to raise the next chunk of capital at lower cost.”

This isn’t always in the wheelhouse for company founders, says Stephan Christgau, Founding Partner at EIR Ventures. Particularly for new entrepreneurs, they tend to fall back on their area of expertise. “Founders are very often academic, and they love talking about the science. The science is important, but it can be a drag if you have 40 slides out of 50 that are filled with data.”

When founders keep pitches in their own comfort zones, it can give VCs the impression that the team is ill-prepared. “You need to come across as having command of the whole area, and be able to answer questions,” Christgau says. That doesn’t mean they need to know everything: “It is fair to answer ‘this hasn’t been studied,’ but do it in a convincing way. And if every answer is ‘I don’t know’ – it’s a problem.”

Inflexibility can also hint that the entrepreneur has a fundamental misunderstanding of the kind of relationship investors are looking for. Biotech investors are typically looking for more than just a financial transaction, and want to work with companies who value their insights. “There’s nothing worse than having someone just read slides to you, someone who’s not really responding to the conversation or the uniqueness of a particular investor or group,” Stagliano says. “The more you can make that pitch a conversation, the better.”

“You’re asking not just for their money, but their experience,” she added. “If you have good investors around the table, they’ll benefit you in ways beyond that initial investment. Investors will respect you if you ask them good questions. They’ll say, ‘this person wants to collaborate.’”

Stagliano says before even reaching out, founders should do some homework on the investors. Do they have a broad focus on therapeutics over diagnostics? Do they invest in multiple companies within a specialty or bet on just one from each? Do they invest in early or late-stage companies?

Entrepreneurs can make a good impression when they shape their pitch to the situation, says Christgau. “Try to find where the interest is for the investor, what they are really asking about.” This can demonstrate a deep knowledge about the project that investors like to see.

Iannone says this reflects a strong quality for a first-time CEO: the ability to listen to feedback. Many scientific founders come directly from a PhD or postdoc with an idea and a strong vision. “Others say ‘we are looking for the right investors to help us achieve this.’ I really appreciate it when they are open to feedback and suggestions, and in a very scientific way, get the data from other sources and make their own decision. That’s a beautiful thing to see.” 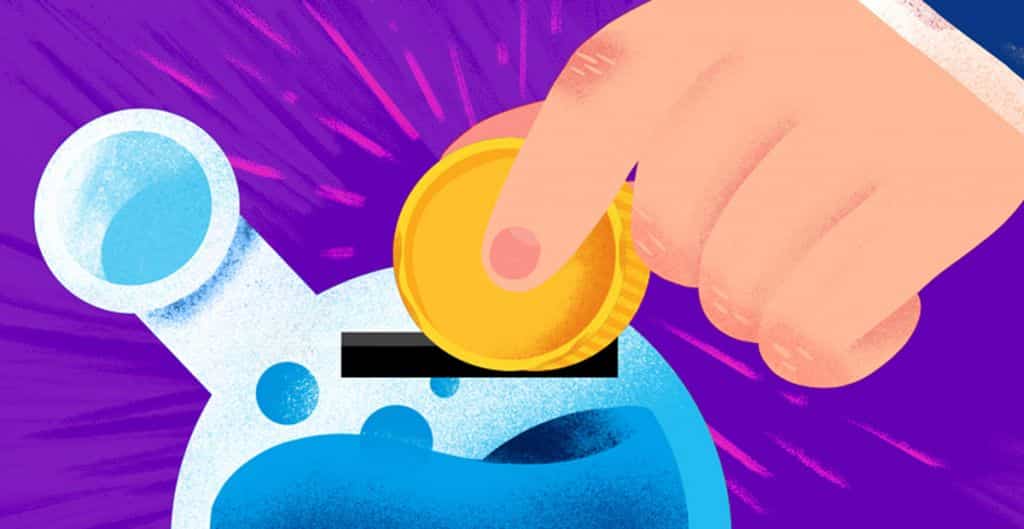 A demonstrable understanding of the competitive landscape inspires confidence too, Stagliano says. “Investors love to hear you say, ‘I know there’s competition, but this is how we’re different.’ Articulate the problem, show where you fit and how your solution is differentiated from others. And then have it be a real, honest conversation about what you know and what you don’t know.”

Christgau says the failure to map out the landscape is a common mistake. “You need to say, ‘our approach is for this particular subset of patients, and it’s better than three or four other projects in development.’ Have an awareness of what else is being developed, and put your project into the context of that.”

That kind of insight may require outside expertise. Christgau says first-time founders, especially in Europe, can struggle to stretch beyond their bubble. “Successful entrepreneurs realize they have to reach out and engage talent wherever it may be – whether it’s Bombay, Boston, or Berlin. But we don’t always see that.”

The types of advisors a team chooses can say a lot about them, he added. Even at a company’s very early stages, that can include dialogue with potential buyers to get a sense of what they would want to see. This can help guide the types of animal studies the company ought to carry out in order to provide results that are relevant to the major actors in a field.

It’s often a challenge for new entrepreneurs to remember that there’s a range of investors with different motivations and backgrounds. Finding investors is at least in part an exercise in matchmaking.

For example, Leaps by Bayer is guided less by the drive for profit than traditional VC’s, and more by a mission to back ventures that attempt major breakthroughs in its areas of interest. This has led to some clear mismatches from entrepreneurs who didn’t do their homework before a pitch, says Iannone. “We had one company that said ‘we’re going to make a lot of money.’ But we are impact investors. If you’re purely for financial gain, we may not have a fit in your strategy.”

Iannone pointed to eGenesis, a biotech using genome engineering to develop transplantable human organs, which Leaps backed after a pitch that focused on the urgent needs of patients awaiting kidney transplants. “It really touches you when you see the CEO is not there just to make a quick buck and go.”

Stagliano learned when pitching CytomX how differently investors can view the same issue. She landed two investor meetings on the same day, seeking what her team thought was a modest amount. “The first investor said, ‘wow, that’s a very rich ask for a company at your stage. Can’t you do it for less?’” In the second meeting, however, “the investor said, ‘that doesn’t seem like enough money. We can’t invest in anything that only gets you halfway.’”

“Different people look at different things,” says Christgau. “Some investors are very science-oriented. Some are development-oriented. Some invest very much in people – the team becomes the most dominating piece of the puzzle.”

“Investors are evaluating the management team, so it’s critical to develop rapport and trust from the beginning,” adds Gilman.

Part of building that trust comes from transparency. “Entrepreneurs really should highlight potential issues,” says Iannone. If he gets the sense a CEO is trying to hide potential issues, it’s usually a red flag. “Say it up front: ‘this is the risky part, this is how we’re going to mitigate it.’ And we can help. We are in life sciences, we know that 90% of these won’t get into patients.”

Stagliano learned that lesson early. “You’re selling a vision, an opportunity. You’re selling yourself as an entrepreneur. But there is such a thing as overpromising. That’s where you have to try to strike that balance — being authentic and credible, but recognizing that you’re selling something. For scientists, it’s sometimes hard to do that.”

Experience is often the best teacher. “You have to kiss a lot of frogs,” Stagliano says. “Talk to a lot of investors, understand what’s resonating, continue to iterate your pitch. There’s no dishonor in casting a wide net, especially at the beginning. And don’t take ‘no’ personally – there’s usually a sweet spot that you find after you’ve talked to a handful of investors.”