Biotech startups are a high-risk venture and many do not reach the final line. Experts explain what the most common reasons for failure are and what can be done to avoid them.

You might have heard that only 10% of startups make it. Well, biotech startups can have it even harder. Unlike the typical tech startup that can launch a product within months, a biotech company often requires several years of intensive cash burning before its first product reaches the market. That is, if it doesn’t fail all the testing that regulators require.

But failure is the best way to learn how to do things better and increase our chances of getting it right the next time. Here’s the advice of experts (in both success and failure) on mistakes to avoid for those who want to venture into the biotech world.

Finance is always a challenge for a startup. The challenge is even greater for biotech startups, which need to raise significantly more money and make sure it lasts long enough.

Investors are key in the early stages of a startup, but gaining their trust takes time, meaning founders should start conversations with investors before the company is even established. It can also be a great opportunity to get expert feedback and an early assessment of how viable a business is. “Only partner with experienced investors who know how to do it,” advised Holger Reithinger, General Partner at the Dutch biotech VC Forbion.

It’s essential to make sure all the investors involved are aligned in their priorities. If they cannot agree on what the next steps are and when to push for an exit, chaos will ensue. 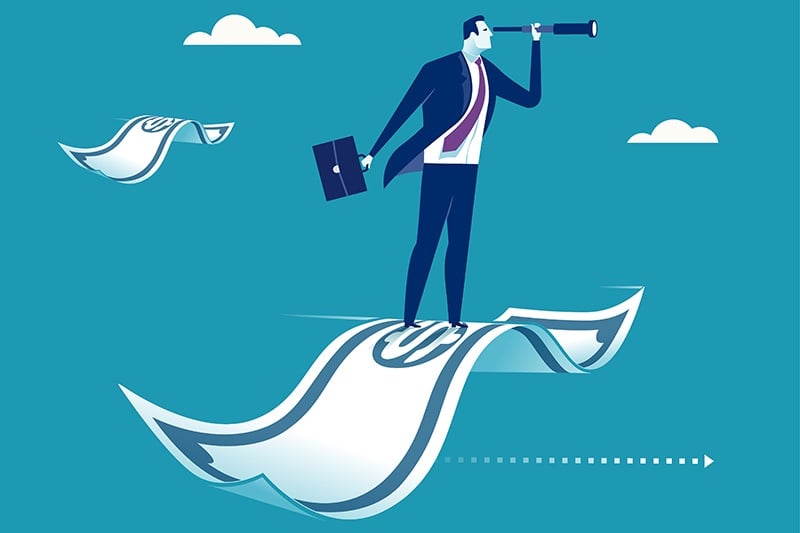 When receiving private investment, an error can be diluting the stake of the founders too much, which can affect their commitment to the company. Another mistake can be doing frequent, small fundraising rounds. “Fundraising is a paramount effort and investors must be contacted with care,” said Edoardo Negroni, co-founder and Managing Partner at AurorA-TT, an Italian tech transfer company.

Once you have the money, it’s important to make a plan and show investors they can trust in you following it, which can be decisive for future fundraisings. “Conceive a fundraising plan in line with the development plan to ensure the construction of solid evidence between one round and the next one,” advised Negroni. “Make sure to never run out of cash to build evidence, planning a financing round in time before it is too late.”

It’s never too early to start preparing for the next round. Founders should keep networking at all stages of development to meet potential partners to either invest in the company or strike a licensing deal in the future.

The management of a company can be instrumental to the success or failure of a biotech startup. “Get experienced people on board as early as possible to avoid expensive detours,” said Reithinger.

“Avoid people who operate with the process-focused approach of a big pharma or without the set of skills needed to operate in a dynamic biotech startup,” added Negroni.

“For newer entrepreneurs and their companies, a key to success is to network and seek out guidance from experienced mentors and area specialists — drug development is very much still an art form and their insights could really make a big difference to your company’s chances of success,” said Davidson Ateh, CEO of the oncology biotech company BioMoti. 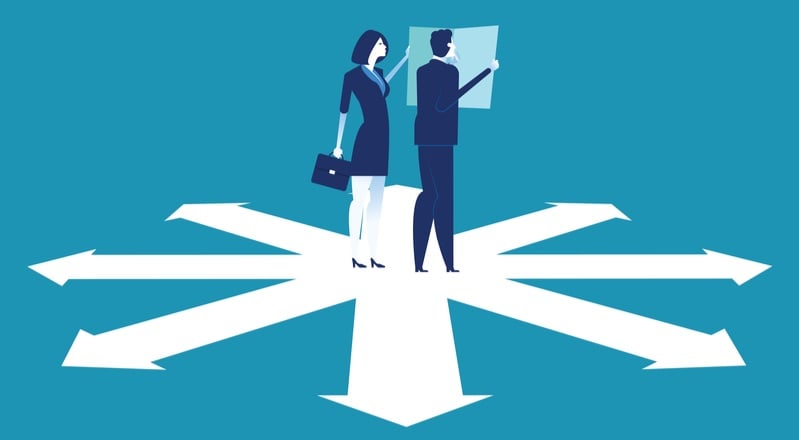 It’s also important that the management and the shareholders maintain a good relationship and communicate clearly their expectations. They should also respect each other’s role. “When the CEO is not empowered by his or her board and investors, but kept on a short leash, it means they don’t trust the CEO. They should remedy that rather than interfere in the day-to-day decisions,” advised Dinko Valerio, an entrepreneur who has been involved in the foundation of over 12 biotech startups in Europe.

Valerio concluded that, in the end, what’s important is that everyone involved is focused and motivated. “No matter how great the science transferred into a startup is, if the founder is not focused on getting the very best for the company, the chances of success will quickly dwindle. Many great technical inventions have been ruined by substandard managers, investors and boards.”

To succeed, a biotech company needs strong data to convince investors, partners, and eventually regulators that a certain product or technology is worth it. Before committing to a project it’s important to ensure that there is a market need and that the approach is innovative and superior to that of competitors.

“Only start a company on real innovation and not ‘me too’ approaches,” said Reithinger. “You need to consider how many years it will take before you have data supporting a deal.” 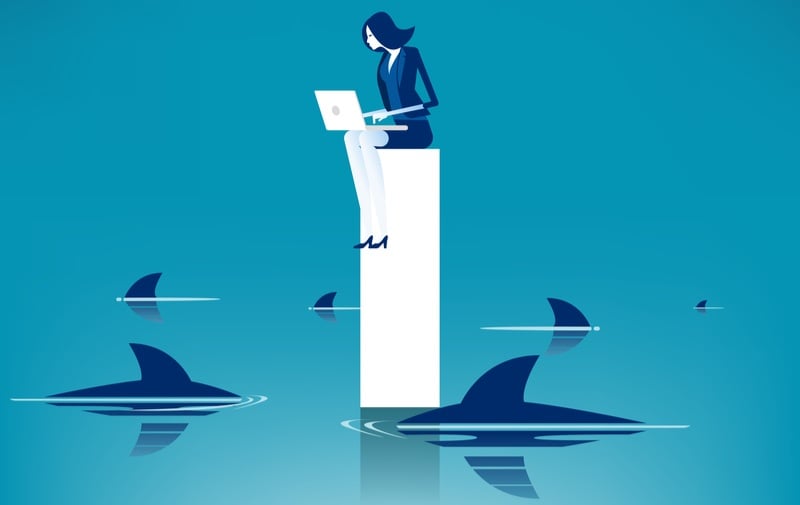 Competition can also be an intimidating barrier to success. “Don’t succumb to easy dismissal of your competitors. From bitter experience, competition is far more intense than you ever appreciate when you’re in one of these companies,” advised Kevin Johnson, co-founder and partner at the British life sciences investment firm Medicxi.

Even after ensuring a certain approach has potential, in science even the brightest ideas can end up leading nowhere. Something that works in animal models might not work when tested in humans. There’s no one to blame for it, but there are ways to minimize the damage.

“Technical failure is entirely forgivable, and we actively encourage our founders to stress-test the asset or technology to avoid wasting both time and money on it,” said Johnson. “It’s in our personalities to try and preserve a company or any other endeavor we’ve worked on, you see it every day. But it’s the false positives that cost the industry so much money and act as a drag on finance and opportunity.”

Although the development of biotechnology products takes considerable time, making swift decisions at the right time can be critical for the success of a biotech startup. One of the most difficult decisions can be whether to kill a particular product or technology that is not performing as expected. One might be tempted to keep going and gather more data, but that’s often a mistake.

“It is important for executives to embrace the high-risk nature of drug development and seek to test their candidate’s potential early on through well-designed killer experiments,” said Ateh. 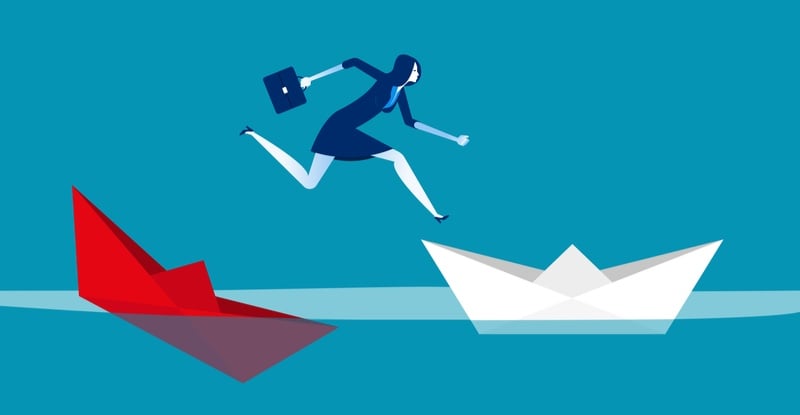 “Failure is just more painful and expensive the later it happens,” added Johnson. “Try to kill your product or technology in time, it’s the best way to ensure its fitness for the long haul ahead.”

To make it easier to know when it’s time to kill a product, it’s important to plan for it. “Conceive a development plan with scenarios that are easy to understand to align expectations of financial supporters, with periodic go/no go decisions of whether to continue or write off an asset,” advised Negroni.

Such a plan also ensures that milestones are delivered consistently and rapidly, which is also essential to please investors and keep an advantage over competitors. Securing these milestones can be a challenge for biotech startups, as often the scientific team is not focused enough on pushing a project forward but instead getting stuck into detailed research that is unlikely to provide strong evidence and that might not be essential to move forward.

While there should be a plan carefully laid out, a biotech startup is a very unpredictable business. A company needs to be ready to take calculated risks in order to survive difficult times.

“The majority of successful companies had to go through one or more major changes before landing on the right product or technology. Having the flexibility and the guts to dramatically change the direction of a company is part of what makes a good management team,” said Valerio.

Valerio believes that a team that is not able to take bold decisions and stand by them is destined to fail. When two different courses are possible, compromising and taking neither of them is not the right choice.

“Success is rare and hence, almost by definition, it comes from outliers who make outlier-type decisions. Failure lurks when the modus operandi of a team is to settle on a compromise rather than making bold choices. Regression to the mean is the enemy of success.”

After all, it’s about being able to recognize where the strategy went wrong and how it can be fixed. “Admit your mistakes and do the right thing, not the easy thing,” advised Johnson. 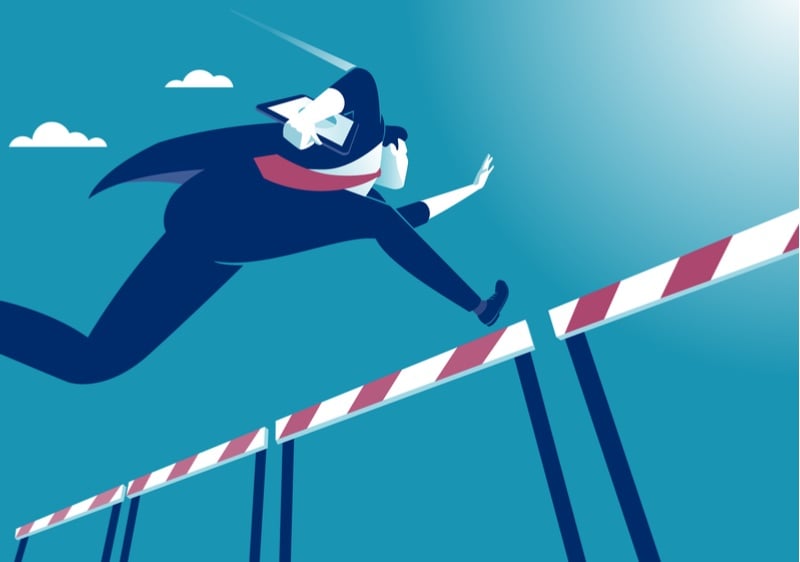 Although the task of creating a biotech company and ensuring its long-term success seems daunting, you should not be discouraged. The path to success goes up and down, and optimism is what keeps entrepreneurs from giving up too early. It’s important to stay focused, and most importantly, to always learn from your mistakes.

“Failure is part of the success of startups,” concluded Negroni. “If you learn from failures, you set the premises for a successful startup.”

“There is still a stigma in the industry around failures even though we operate in a high-risk, cutting edge environment where roughly nine out of every ten drugs that enter clinical trials will fail,” said Ateh.

“Failure in biotech should be celebrated, especially good failures. Good failures are those where the right de-risking experiments were done and the team’s development strategy was sound but unfortunately there was an unforeseeable technical failure.”

So don’t be afraid of making mistakes and take your best shot at building a successful company. If it doesn’t work, use what you’ve learned to give it another try.

This article was originally published on November 2018 and has since been updated. Images via Shutterstock.