May 5, 2017, saw the first FDA approval for an amyotrophic lateral sclerosis (ALS) drug in 20 years, when Edaravone/Radicava, developed by Japanese company MT Pharma, received orphan drug registration. Still, available therapies only slow down the progression of the disease. Isn’t it time now to find a cure?

Amyotrophic lateral sclerosis (ALS), also known as Lou Gehrig’s disease after the famous 1930s American baseball player, is a neurodegenerative disorder characterized by death of motor neurons resulting in paralysis of voluntary muscles and eventual respiration failure. In Europe and North America, about 2 in 100,000 people are diagnosed with ALS in their lifetime, typically between the age of 50 and 70. Most ALS cases are sporadic, while only about 8–10% are inherited.

The average survival time after ALS diagnosis is only three years. Still, about 20% of people with ALS live five years, 10% will survive ten years and 5% will live 20 years or more. A well-known example for slow disease progression is Prof. Stephen Hawking, renowned theoretical physicist and cosmologist at Cambridge University, UK, who was diagnosed with ALS in 1963.

Thanks to the 2014 ice bucket challenge, ALS recently gained new public awareness. Fueled by social media, the campaign prompted millions of people to post videos of themselves dumping cold water on their heads and drove hundreds of millions of dollars to the ALS Foundation. Even if drug developments typically take decades rather than years, it appears that these donations spurred new developments in ALS research.

While it is widely accepted that neuron cell death is the reason for ALS symptoms, the underlying cause of ALS is still unclear. As CEO Michael Salzmann from AL-S Pharma explains, “We believe that ALS is caused by a network of cellular pathways and that their respective relevance changes with the course of the disease.” Accordingly, a number of different therapy approaches are currently pursued, each addressing a different possible reason for neuron cell death. 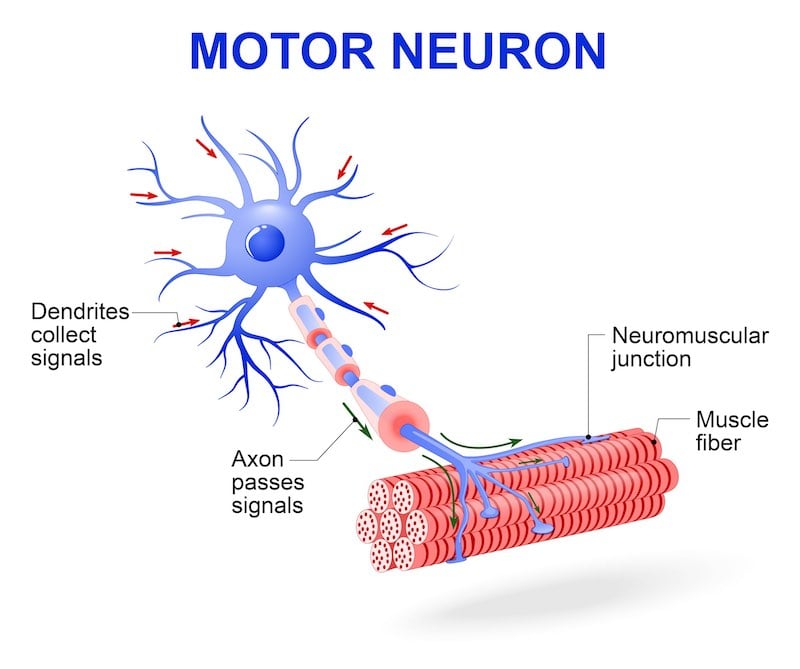 Edaravone and Masitinib: New Kids on the Block

Edaravone, which received FDA approval in May this year, is only the second drug ever approved for ALS treatment. The other, 20-year old Riluzol/Rilutek is believed to act as a glutamate inhibitor, preventing hyperexcitability and neuron damage caused by the accumulation of glutamate in the synaptic gap.

The new drug, Edaravone, uses a different neuroprotective mechanism: As a synthetic free radical scavenger, it acts by reducing oxidative stress, another possible cause of ALS. Similar to Riluzol, it slows down the progression of the disease but does not stop or cure it. Still, hopes are high for Edaravone.

“We thank the FDA and MT Pharma for working together to expedite the approval of the first new ALS-specific treatment in decades,” said Barbara Newhouse, President and CEO of The ALS Association, in a statement. “We hope today’s announcement signals the beginning of a new chapter in the fight against this terrible disease. There are several drugs to treat ALS currently in clinical trials and we are hopeful that people living with ALS have even more therapies available to them sooner rather than later.”

One of the drugs currently in clinical trials is small molecule tyrosine kinase inhibitor Masitinib developed by French company AB Science, which demonstrated therapeutic benefit in a Phase 3 study when administered as an add-on to Riluzole. It obtained Orphan Disease Designation in ALS by the European Medicines Agency (EMA) and the US Food and Drug Administration (FDA) in 2016. 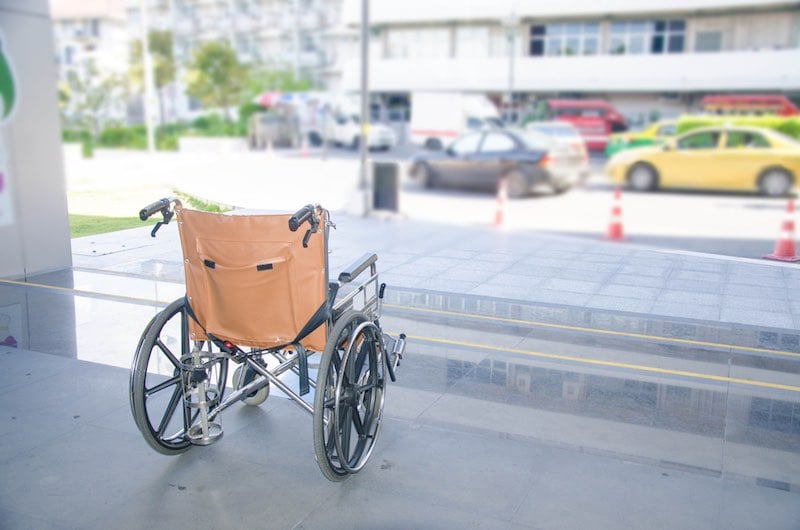 Similar to other neurodegenerative diseases, deposits of misfolded proteins are discussed as causes for ALS. One protein in focus is superoxide dismutase 1 (SOD1): Mutated SOD1 can form aggregates which reduce the level of functional SOD1, thereby increasing oxidative stress. While mutated SOD1 has been detected in 10-20% of familial ALS patients, the prevalence in sporadic ALS is still unknown.

Swiss company AL-S Pharma, created in 2016 by joint forces of Neurimmune and TVM Capital Life Science, has developed a monoclonal antibody to inactivate mutated SOD1 that will start clinical trials in early 2019. “Our current results look very promising,” Salzmann told me. “Even if only a limited amount of administered antibody crosses the blood brain barrier to reach affected neurons in the brain and spinal cord, we see significant effects in transgenic animal models upon antibody treatment.”

Meanwhile, US-based companies Biogen and Ionis Pharma try to hit the same target with a different stone – using antisense oligonucleotides designed to inhibit SOD1 expression. A Phase 2 study is expected to be completed next year.

Finally, researchers at Oregon State University found evidence that stabilizing SOD1, rather than inactivating it, could be a promising approach. They suspect that as SOD1 is a copper-binding protein, misfolding may be related to copper deficiency. In mouse models, they could show that a compound called copper-ATSM could promote folding and stabilize SOD1. Copper-ATSM is just entering clinical trials in Australia. 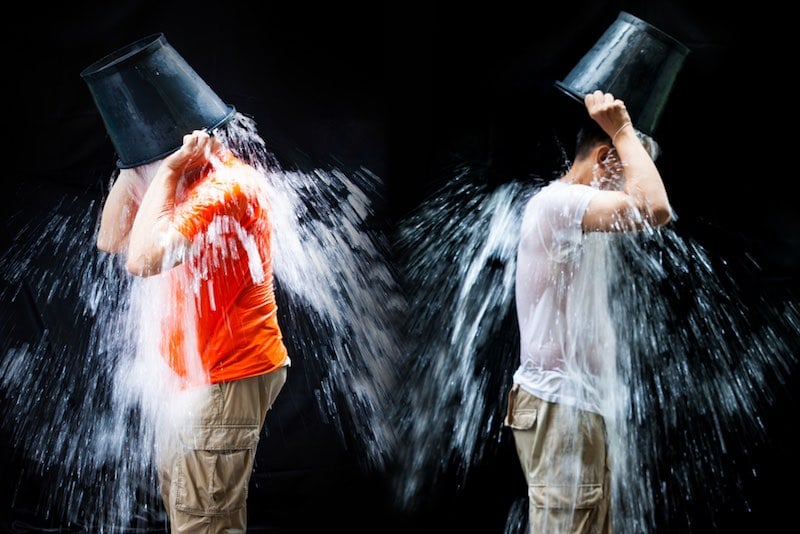 Transactive response DNA binding protein 43 (TDP-43) might be another contributor to ALS development. According to a 2014 publication, 95% of ALS cases show TDP-43 aggregation, causing a loss of functional protein in the nucleus. Some researchers attribute TDP-43 neurotoxic effects to interference with gene expression, while research at the university hospitals in Cleveland, Boston, and Rochester showed that excess TDP-43 aggregates in mitochondria, promoting neuron cell death by interfering with cellular energy supply, causing neurodegeneration and ALS symptoms. In any case, the search for a TDP-43-targeted therapy is still on.

Neuron hyperexcitability is believed to generally stimulate abnormal protein folding. Researchers at Harvard University found that Retigabine, an approved anti-convulsive drug, reduces ALS symptoms in mice, probably by opening potassium channels to reduce neuron hyperexcitability. GlaxoSmithKline, along with the ALS Association, Harvard University, and Massachusetts General Hospital, is currently recruiting for a Phase 2 clinical study to evaluate the efficiency of Retigabine for ALS. 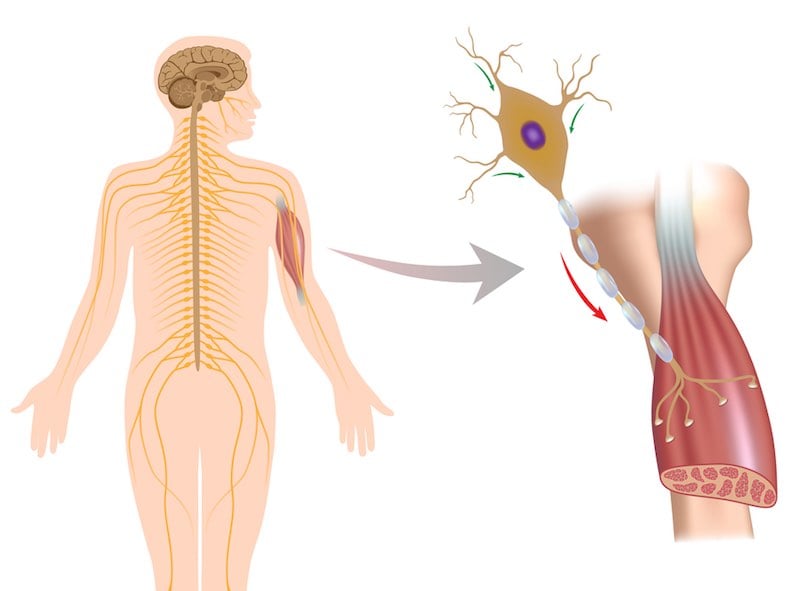 Artificial Intelligence (AI) performed on deep learning supercomputers could speed up the process of finding new drug candidates for ALS therapy. One candidate proposed by AI machines at London-based BenevolentAI recently produced promising results in preventing the death of motor neuron cells and delaying disease onset in preclinical tests at the Sheffield Institute of Translational Neuroscience, and plans for clinical trials are currently being assessed.

BenevolentAI’s software applies AI to training sets of data, using a five-layer neural network to develop models that predict blood-brain barrier penetration and other physicochemical properties of compounds. The platform contains an augmented judgment system, which uses machine learning to train itself on the data and takes feedback from scientists to increase system accuracy.

As Jackie Hunter, CEO of the company’s bioscience arm, BenevolentBio, told us in an interview this March, “I think that AI at some point will play a key role throughout drug discovery and development. Statistics say that 50% of the compounds are failing in Phase II for the lack of efficacy, but also 50% fail for this reason in Phase III. This means we’re not being very smart about picking the right target.”

Replacing diseased cells with healthy ones could be another experimental approach. While replacing neurons that stretch from the brain to the muscles is probably impossible, other cell types such as astrocytes, microglia, and T-lymphocytes could have a positive effect on neuron stability, according to research at the University of Milan.

Because so little is known about the cause of ALS, biomarker discovery is still at a very early stage. Study outcome analyses mostly rely on general rating scales for quality of life and muscle functionality. Currently, about 40 different biomarker proteins in serum or CSF are being evaluated, with C9orf72 as a promising candidate, investigated in a Phase 2 study by the Hôpitaux de Paris, France.

At the same time, with so many pathways involved, multiple or tailored biomarkers may be required for the different therapy approaches.

Still no cure in sight?

Currently, available therapy approaches only slow the progression of the disease. But with so many different approaches and clinical studies underway, there is hope that eventually a cure for ALS can be found. Given the lack of knowledge about the mechanisms of this disease, it might still take a while.