Automation is slowly taking over our lives, ranging from smart homes to self-driving cars. With experiments becoming ever more complex and datasets more immense, a question that comes to mind: can we automate biotech research?

Most pharma and biotech companies, and in part also academic labs, have automated sections of their processes and make use of liquid-handling systems, especially those pursuing high-throughput screenings. But compared with manufacturing and service industries, the life sciences sector is lagging behind in terms of using laboratory automation to improve productivity and quality.

The potential of laboratory automation becomes clear when looking at academia. Here, PhD students are commonly the workhorses of the lab, often becoming absorbed in repetitive pipetting tasks that keep them from spending time on the actual science. On top of that, most researchers are still using handwritten lab notebooks.

“In laboratories, we still think like we did twenty, thirty years ago. We still think of the same processes. It’s amazing to see that if you go to the laboratory, how much paper is still being used on very basic stuff,” said Peter Boogaard, CEO and founder of the service company Industrial Lab Automation.

Maybe it’s time to rethink the current workflows and realize that this is an area with serious room for improvement. 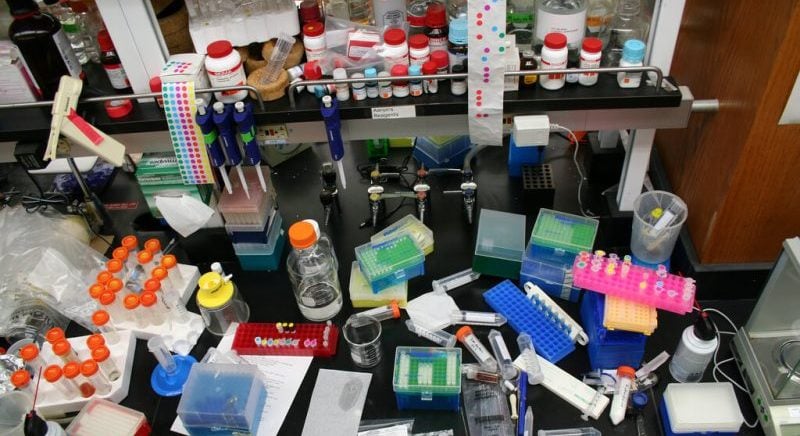 Why do we need automation?

Having a fully automated lab means replacing humans with robots or other devices and using computers to monitor experiments and integrate the data. This upgrade would not only enhance productivity, but also increase reproducibility and accuracy. But do we really need this?

A recent Nature survey indicated that science is indeed facing a reproducibility crisis. Of 1,576 researchers, more than 70% of respondents have tried and failed to reproduce another scientist’s experiments. More than half have failed to reproduce their own. Another study published in PLoS Biology estimated the amount of money spent on non reproducible preclinical research at a massive $28B in the US alone.

“Lack of reproducibility is a big issue right now in biomedical research,” Charles Fracchia, CEO and founder of the MIT-based startup BioBright, told me. His company aims to build the next generation of smart labs. “The heavy biology automation is only one side of the coin, we also need to enhance human ability to do research. Those two things go hand in hand.” 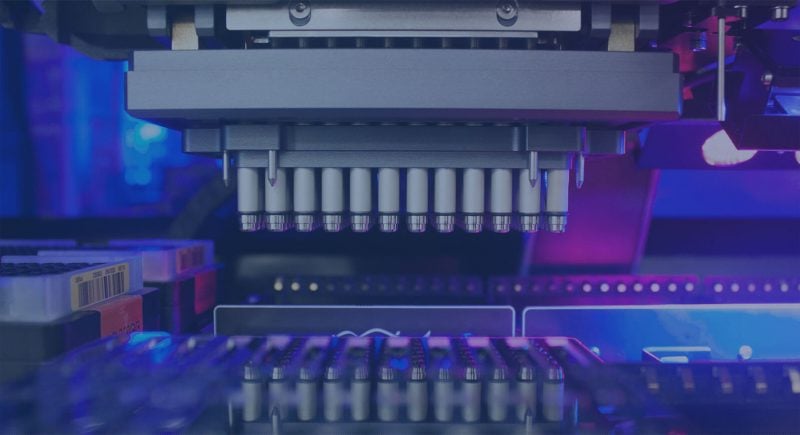 Synbio companies are probably the most advanced when it comes to laboratory automation. Using software and hardware automation, some of these companies aim to transform the process behind engineering life.

Co-founded by Tom Knight, the godfather of synthetic biology, Ginkgo Bioworks was started with the dream of making biology easier to engineer. The company designs and optimizes organisms to efficiently produce compounds according to the customer’s desire.

Today, the US company has built several ‘foundries’ — factories where every step of genetic engineering has been automated, including high-throughput analytics and small-scale fermentation. Running about 15,000 automated operations per month, the so-called ‘organism engineers’ can build and test thousands of new prototypes for each project. Thanks to automation, the company has significantly scaled up its throughput and capacity.

In Europe, British LabGenius is another synbio company that applies AI and automation to its gene synthesis technology to rapidly search through trillions of genetic designs with the goal to find new biological solutions and create novel compounds.

Some might argue that synthetic biology is an area where biology and engineering coalesce. “We aren’t trying to study biology, we are trying to build it,” states Ginkgo. But what about those trying to study it?

From manual work to robotics

Liquid handling systems and pipetting robots have been around for a while, but most of them are simply too expensive for most laboratory settings. Also, they often require trained personnel to program them according to the specifics of the experiment.

Luckily, low-cost liquid-handling robots are starting to become available thanks to companies like Opentrons in the US. “Basically, if you’re a biologist you spend all of your time moving tiny amounts of liquid around from vial to vial by hand with a little micro-pipette or you have a $100,000 robot that does it for you. We’re a $3,000 robot,” OpenTrons co-founder Will Canine told TechCrunch.

Their machines are controlled through a web browser and allows researchers to download protocols from the cloud to run experiments.

Taking it one step further, London-based Synthace is developing Antha, “a programming language for biology”. The technology consists of a software interface connecting hardware and wetware in the lab to automate simple workflows of experimentation. It allows a researcher to build a protocol and then communicate it to their lab equipment.

Augmentation instead of automation?

Many are still skeptical that robots and remote labs can actually do the trick. “I have a hard time believing that a centralized automated lab will give you the freedom and flexibility to experiment with all the parameters you need to do some innovation,” Roger Chen, an associate at AlphaTech Ventures in San Francisco told Nature.

“The thinking is that we can solve a lot of the problems by taking the human out of the loop,” Fracchia told me. “But biology is not computer science. Automated lab]services are great for simple experiments such as DNA sequencing or synthesis. But you cannot put data on everything.”

Fracchia believes that the solution to the reproducibility crisis is augmentation, not necessarily automation. His company, BioBright, offers a suite of software, hardware, and services to turn laboratories into ‘smart labs’ by enabling automated data collection using sensors, cameras and a simple raspberry pi computer. The company also developed a voice assistant that records researcher’s voice notes, generating a reliable record that reduces human error.

In the future, Fracchia envisions scientists wearing lenses that project holograms describing the content of our test tube. Automation alone might not be the sole solution to make research more efficient and reproducible, yet innovations in this area could greatly benefit the overall efficiency and quality of research in life science labs.

Co-authored by Raphael Ferreira. Raphael has a master’s degree in synthetic and systems biology from Université Paris Diderot & Université Paris Descartes in France. He did his MSc project in the field of synthetic biology at the NASA Ames Laboratory in the US. He’s currently doing a PhD focusing on CRISPR technologies in Jens Nielsen’s lab at Chalmers University.