In the next couple of months, the UK will officially exit the EU, in a move that is popularly known as Brexit. With this date fast approaching, companies, organizations and individuals all over the world have speculated about how Brexit might impact them.

According to the UK Prime Minister, Theresa May, at the launch of her national campaign in July 2016: “It is hard to think of an industry of greater strategic importance to Britain than its pharmaceutical industry.” With under a year to go until Brexit kicks in, its consequences are already evident in this industry. A number of EU academics were reported to have already pulled out of the UK by that summer, and as of June 2017, the number of EU staff departing the UK was up 30% compared with 2 years previous, according to data released by universities under the Freedom of Information Act.

Unfortunately, these consequences are only a taste of what it is to come, and as recently as January 2018, European Pharmaceutical Review reported challenges for UK life sciences companies in filling senior positions, with applications from non-UK nationals plummeting from around 40% to just 15% on average. Here, we take a broader look at how Brexit could impact European biotech in the future.

Relocation of the European Medicines Agency

The relocation of the European Medicines Agency (EMA) from its historical home in London to Amsterdam is arguably one of the biggest consequences of Brexit to the life sciences sector. The EMA was established in 1995 with financial support from the EU, the pharmaceutical industry and member states, with the goal to streamline and simplify the work of the existing national regulatory bodies.

One of the biggest achievements of the EMA since its inception is undoubtedly the replacement of 28 individual marketing authorization systems (one for each member state) with one European-wide system. After more than 20 years in operation, the EMA has brought huge benefits to patients and industry, achievements that have demanded significant human effort and financial investment. The EMA’s relocation to Amsterdam on the past March 11 has broken up this well-established system and will take huge efforts to rebuild. 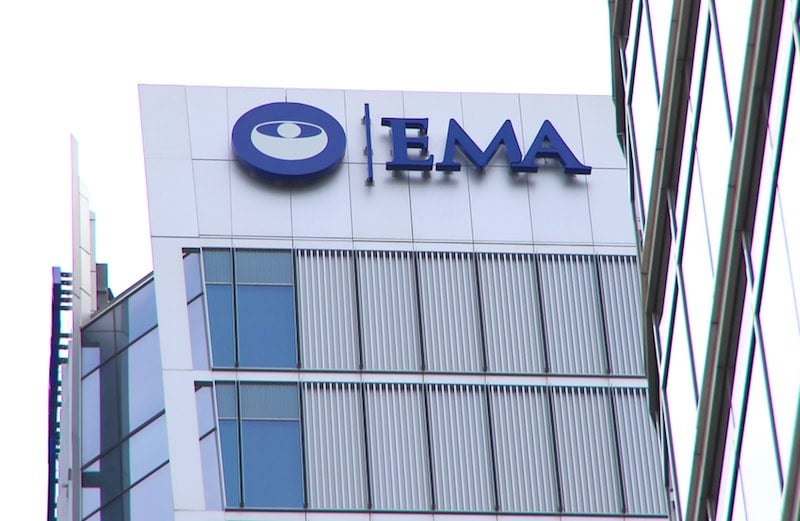 Once the Brexit process is complete, the UK will regulate its own life science industry and will no longer contribute to the regulatory framework of the EMA. Thomas Lönngren, former executive director of the EMA (2001-2010), commented last year: “It’s a very sad decision to have to move the EMA from London, it destroys a lot of the hard work that was put into it,” as it “has consequences for the performance of the EU regulatory system.”

Many of the experts that populate the EMA’s expert committees, for example the CHMP (Committee for Medicinal Products for Human Use), have left the EMA already. While the EMA has worked hard to retain its staff during the transition, it still estimates it will lose 25% of its 900-strong team when the final elements of the move are complete. Many professionals involved in the industry don’t want to see political borders in the work that they are doing and are in favor of the UK continuing its involvement in the EMA to some extent. However, the degree to which this will continue remains to be seen.

Challenges to collaborations between UK and EU life science partners

It’s still not clear how the UK’s final exit deal will look with just weeks left for negotiation. But trade barriers and travel restrictions imposed by Brexit are expected to limit the movement of people and materials between the UK and Europe to some degree, making it more challenging and time-consuming to conduct research and clinical trials. Indeed, at an industry stakeholder meeting about Brexit in October 2017, UK-based industry staff noted manufacturing supply issues among their primary concerns during the Brexit transition.

As a direct consequence of the UK regulating its own life science industry post-Brexit, researchers and clinical trial sponsors will have to navigate two sets of regulatory guidelines when sharing reagents and expertise between the UK and Europe, potentially increasing study timelines and driving up costs. This may deter European stakeholders from entering new collaborations with UK partners.

It may also take longer for new medicines to arrive in the UK if it is determined that a separate approval process is required after Brexit. Since the UK alone is a relatively small market, it is conceivable that drug developers would prioritize getting marketing approval in the US and Europe before aiming for the UK. Indeed, according to Angela McFarlane (IQVIA) at the BIO-Europe meeting last month, “44% of people thought the UK is less attractive for drug launches after the Brexit, 6% think it’s favorable.”

UK-based biotechs have a good reason to be worried about securing EU investments once Brexit comes into force. Speaking at the 2018 BIO-Europe Spring meeting, Naveed Siddiqi, partner at VC Edmond de Rothschild, stated that “the European Investment Fund will not invest in British funds anymore and our British investments will be considered outside of the EU alongside the US, which is only 30% of our investments.” This means that in the future the UK will have to compete with US-based companies, which generally have much more funding and resources than their European counterparts.

It is not only the European Investment Fund that will cut funding to UK biotech. All EU funding for both academia and industry will be cut, including, for example, the Horizon2020 scheme, where it is required that there are at least three participants from three different EU member states. In appreciation of the impact of these cuts on the future of UK biotech, it is worth noting that the UK receives £850M in research funds from the EU each year. 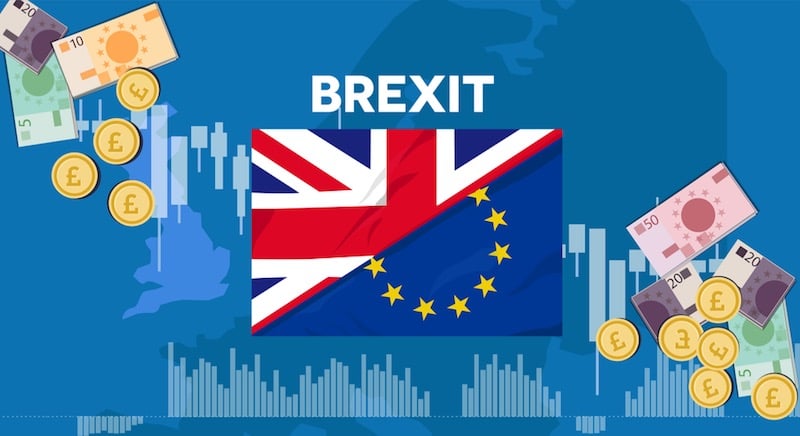 The funding issues outlined above are likely to have the most pronounced impact on early-stage UK startups, since they are often heavily reliant on EU funding to get off the ground. In fact, Brexit is already affecting research projects in the UK. Applications for EU funding applications are often evaluated on criteria such as impact, exchange of knowledge, exploitation of technology through collaboration, and potential to gain access to new markets.

With Brexit around the corner it is already becoming more difficult for UK applicants to obtain this funding, presumably because of the challenges that Brexit will bring to industry collaborations, and the fact that UK applicants will soon be ineligible for subsequent EU funding to continue these projects. It seems pretty likely that most Horizon 2020 funding already allocated to British research will continue, but what is less clear is what the situation will be for the next stage of the funding program — Horizon Europe. Talks to decide this are due to take place in the next few months.

Movement of biotechs away from the UK and potentially the EU

It is conceivable that some UK-based biotechs may consider moving away from the UK in an attempt to alleviate the challenges associated with navigating two sets of regulatory guidelines when collaborating with EU partners, as described above.

It’s also worth noting that many international companies see the UK as an important hub for the EU with a highly-trained English-speaking workforce. Staffing issues post-Brexit may also contribute to companies moving away from the UK, since Brexit will impact the movement of scientific and non-scientific staff as well as their spouses and families, likely making it difficult to attract EU talent to the UK, and vice-versa.

Apart from difficulties in attracting new talent, there is a real risk that visa restrictions imposed on non-British EU citizens post-Brexit will lead to a mass exodus of academic staff, or a ‘brain drain’ from the UK. As of 2016, more than 31,000 academics and 16% of researchers at UK universities were non-British EU citizens. Fears about visa restrictions are illustrated by a tripling in the number of EU nationals applying for cards to prove their right to UK residency, according to media reports. 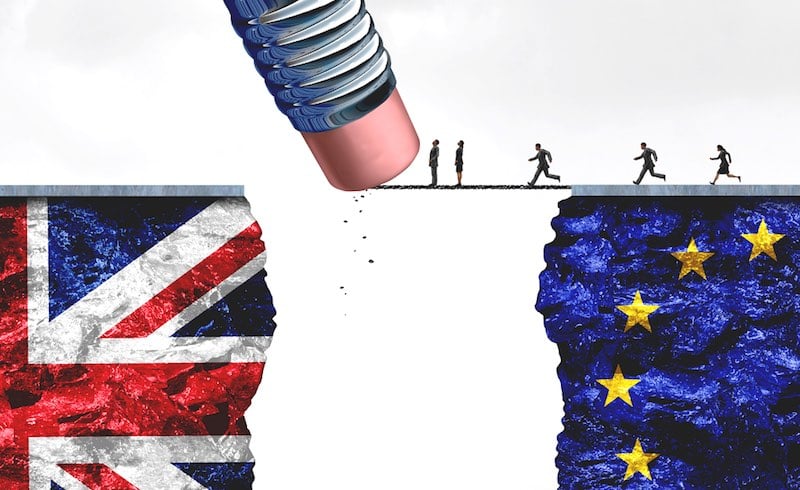 Although it might seem to many that Brexit is the end of the world for European biotech, there may be a glimmer of hope among the doom, particularly in relation to the regulation of medicines.

In the case of a hard Brexit where the UK cannot be part of the EMA, the cooperation between the EMA and FDA might serve as a useful model for future cooperation between the UK’s MHRA (Medicines and Healthcare products Regulatory Agency UK) and the EMA. At BIO-Europe Spring in 2018, ex-EMA executive Thomas Lönngren reminded us that confidentiality agreements and allocated working space for FDA personnel in the EMA offices have been among the key steps taken to build a collaborative relationship between the two bodies.

In the case of a soft Brexit, where the UK would maintain a relationship with Europe similar to Norway’s Economic Area Relationship, the way that Norwegian Medicine’s Agency fits into the European landscape might provide inspiration for collaborations between the MHRA and the EMA after Brexit. For example, even though Norway is not an EU member state, it is still part of the EU’s centralized MA system for new medicines and Norwegian’s Medicines Agency provides experts to take part in the EMA’s scientific committees, working parties and other groups. Theresa May outlined the UK’s willingness to pay to remain a part of the EMA last year, acknowledging the importance in prioritizing patient safety during the remainder of the Brexit negotiations. Whether or not this is feasible remains to be seen.

With the triggering of article 50 in March 2017, the Brexit wheels were set in motion, and the UK had two years from this date to finalize negotiations on an exit deal. With less than a week to go to the original leave date, now pushed back to April 12 at the earliest, it’s important to examine the possible outcomes for European biotech and beyond. Only time will reveal the true impact of Brexit, and until then we can only sit back and hope for the best!

This article was originally published on May 2018 and has since been updated according to the latest developments in Brexit. Images via Shutterstock