Despite all the hype, CRISPR is still not in the clinic as a standalone therapy or part of another. So where is it in biotech?

CRISPR needs no introduction. Since the gene editing technology first entered the spotlight in 2012 with the promise of revolutionizing gene editing, it has made headlines as the subject of a furious patent war and is perennially the expected winner of the Nobel Prize. As Tim Haines, a Managing Partner at Abingworth, told us, “CRISPR is a revolution, and [co-discoverer Emmanuelle] Charpentier should be the youngest Nobel Prize winner ever.”

Despite the excitement about the “unprecedented technology,” as Editas CEO Katrine Bosley describes it to the World Economic Forum, there is some doubt about CRISPR’s use to biotech at this stage.

CRISPR has already proved its worth as a research tool, but its use as a therapeutic, despite acclaimed, is still uncertain. There is no data yet available upon which to base a valuation: though a number of companies like Editas and CRISPR Therapeutics are working to leverage CRISPR, none have yet reached clinical trials.“Investment without data is called gambling!” a venture capital partner told us.

Beyond its potential to become a standalone therapy, gene editing is also an integral part of other applications, namely CAR-T therapies in immuno-oncology.

The procedure hinges on engineering T-cells to express a Chimeric Antigen Receptor (CAR) for tumor-specific antigens on their membranes, which is effected with gene editing. Up until now, TALEN has been the standard method, but will CRISPR take over? 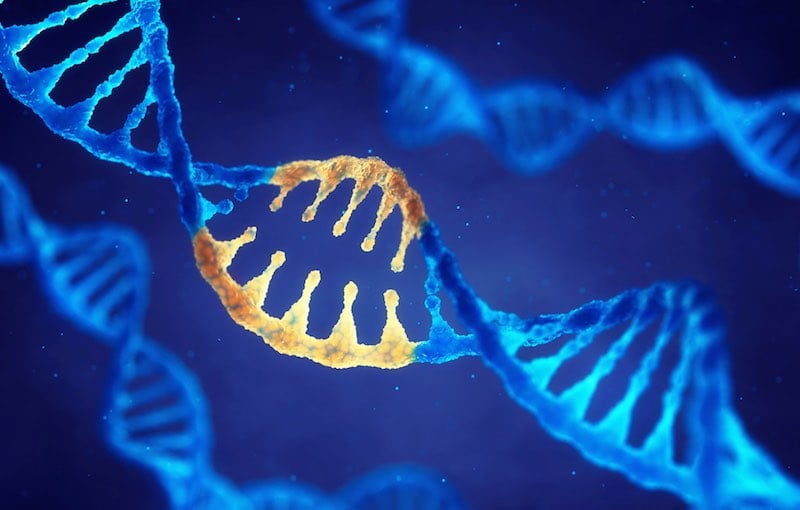 The team has seen it all — endonucleases, meganucleases, TALEN, BRH, mega-TALS, CRISPR/Cas9… but the company stands by TALEN. “The reason we chose TALEN is very simple: today, it’s the best in class,” says Sourdive. “It is extremely accurate and versatile.”

It’s not just Cellectis — Adaptimmune, which works on TCR therapies, and bluebird bio, which focuses on gene therapy and immuno-oncology, also chose TALEN.

TALEN is recognized for its high degrees of precision and control, while CRISPR rose to fame for its comparative simplicity and versatility in cleaving DNA. “Today, we think CRISPR is very interesting because it’s a very easy-to-use technology,” says Sourdive. “It’s very easy to use for academics and for labs. What CRISPR does well is that it’s implementable by any lab in the world.”

In fact, this accessibility threw Cellectis for a loop when it was trying to sell TALEN kits to researchers. The campaign was so unsuccessful that the company fired all of its staff and restructured its efforts to focus solely on CAR-T. Despite this hard lesson in the revolutionary potential of CRISPR, Cellectis recognizes its limitations. “It’s a great research tool, but we don’t think it’s mature enough to go into the clinic,” Sourdive says. 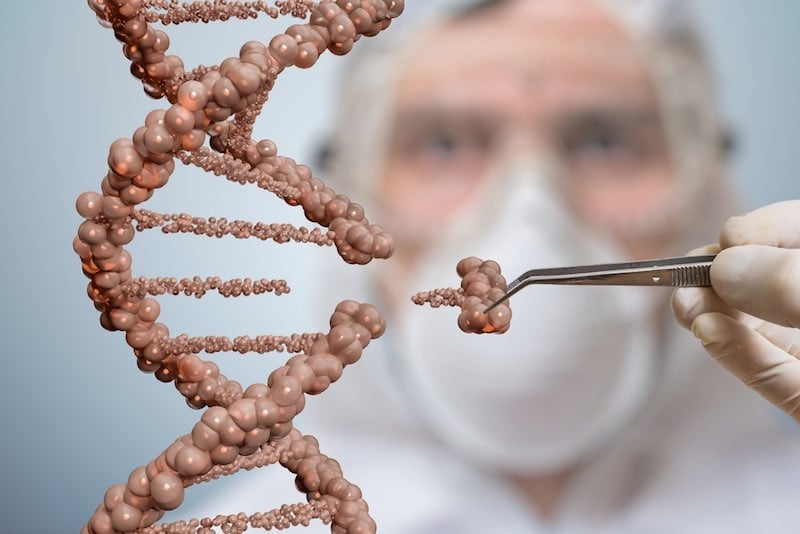 These off-target effects happen one of two ways. First, guided RNA isn’t discrete, as it can match different DNA sequences, and second, Cas9 can recognize other RNAs and use them as well. Effectively, neither the RNA nor the enzyme are 100% specific. To make matters worse, these effects are not detectable.

As a result, CRISPR is less efficient than TALEN when it comes to scaling up edited genomes so it will not be a satisfactory method when it comes to industrialization. As Sourdive told us, TALEN’s precision preserves yields quite well.

Remarking on the high rate of off-target effects, a director at the prominent UK fund, Syncona, noted that “after editing with CRISPR, you need to sequence all the cells to verify off-target effects, which becomes super complicated. CRISPR is good for screening, but this is not useful once the product is in development.” His fund reportedly thought long and hard about investing but ultimately passed on the opportunity. It recognized an “enormous opportunity” in agriculture but wasn’t confident in health. 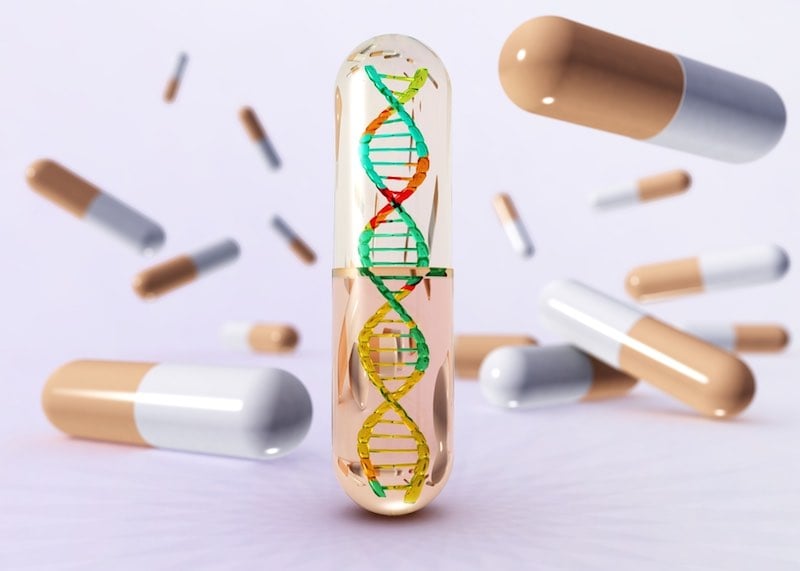 Because of these shortcomings, CRISPR isn’t a great tool for clinical applications, in which, as Sourdive explains, “efficacy, safety, being very accurate, precision, but also having this notion of strong yields is very important.”

In those areas, TALEN beats CRISPR. “I’m not even sure if we would even use CRISPR, because of the off-target cleavage,” he says. “We can design TALENs that have no visible off-targets,” in order to achieve the highest efficacy and efficiency.

While CRISPR’s off-target effects have limited its applications to a research setting, hope that it will one day expand to therapeutics is not lost. “We think CRISPR will get there because there are so many people working on it, improving it, that it will happen — it’s just a matter of time,” says Sourdive. “And we think it will bring a lot, but it’s not there yet.” 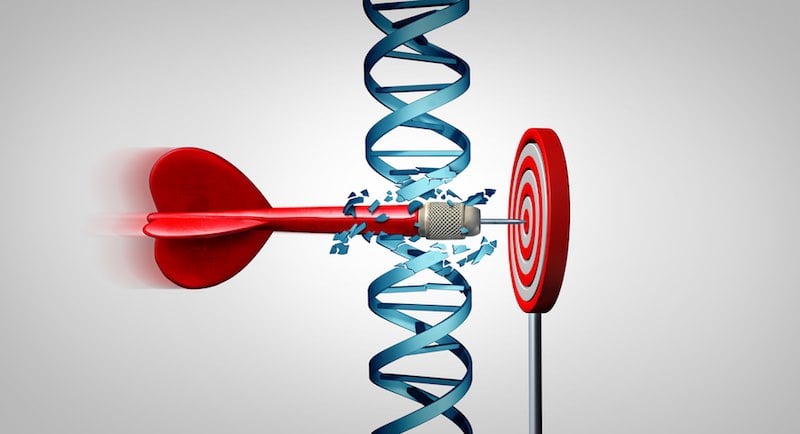 Rodger Novak, Founder and CEO of CRISPR Therapeutics, certainly believes in CRISPR. He believes that “there will always be applications [for TALEN]…but I think the future is CRISPR for sure.”

Why? “Cellectis does a fantastic job, and they really know what they’re doing,” Novak said, “but when it comes to multiplexing, [Cellectis has] worked for years to get two TALENs out there, but we have data can go after four or five targets with 80% efficiency.”

Because of its lightning speed, Novak says that “the standard is set by a system like CRISPR.” CRISPR will take over, it’s just a matter of time — and according to the Syncona director, it could take as little as 10 years.

This article was originally written by Evelyn Warner and published on April 2017. It has since been edited and updated.