The field of genetics has long been an object of global fascination, beginning with Mendel’s pea plant experiments in the 19th century and peaking when the human genome was sequenced (albeit not completely) in 2003. But epigenetics as the next level up from genetics is still mysterious to most. Efforts are already underway to make this next leap in our therapeutic understanding of DNA to unlock the potential of epigenetics.

“Genetics has gone mainstream and people get really excited about it, but when I tell people I work on epigenetics, I have to explain what I do,” laughed Dr. Jason Mellad, CEO of Cambridge Epigenetix.

While there has been much excitement as epigenetics advances with the development of diagnostics, therapeutic applications are still in their infancy. “Historically, epigenetic discovery has been expensive, the right tools haven’t existed to do it, and interpreting the data has been challenging,” he explained.

Mellad and his company are working to change that by establishing themselves in diagnostics to lay the groundwork for more diverse applications. “Initially, we sold kits to academic researchers so that they could examine how certain enzymes regulate interpretation of the genetic code,” he explained to me in an interview after ON Helix. “We started there to prove ourselves and enable discovery; now we are harnessing the power of epigenetics in diagnostics and thereby laying the foundation for new therapeutics.”

Cambridge Epigenetix was spun out of its eponymous university to address a challenge a colleague lobbed at Sir Shankar Balasubramanian, Professor of Medicinal Chemistry at the University of Cambridge. Professor Balasubramanian co-invented the sequencing-by-synthesis platform at the heart of Solexa, which was subsequently snapped up by DNA sequencing giant Illumina.

As Mellad recounted, the colleague noticed that a particular epigenetic enzyme, TET2, is highly mutated in acute myeloid leukemia and produces a new DNA modification called 5-hydroxymethylcytosine (5hmC). Balasubramanian wondered, could this modification be detected by sequencing and used as a novel diagnostic epigenetic biomarker?

Balasubramanian and his PhD student, Michael Booth, took on the challenge and developed a selective chemical oxidation methodology that made it possible to accurately and quantitatively sequence 5hmC and other methylated variants of the DNA base cytosine for the first time. On the heels of its 2012 publication in Science, Cambridge Epigenetix was born with this methodology as its foundational platform.

The following year, Mellad was recruited for business development as Employee #3. “We were still camped out in the lab at that point,” he told me. But it soon built up steam: After its first fundraising round in 2014, the company went on to raise a $21M (€18M) Series B led by none other than Google Ventures (GV). “GV was excited by the tech and the team, but they also saw the potential and long-term vision,” said Mellad.

So what was this promise that Google saw in epigenetics? Big companies seem to be rushing to jump on board: AstraZeneca has already launched its own exploration of the field with MRC Technology, now known as LifeArc. Could epigenetics be the next generation of genetic medicine?

A New Wave of Cancer Treatments

Though the field still feels brand new, there are a handful of epigenetic drugs already on the market. These drugs are largely histone deacetylase (HDAC) inhibitors targeted at T cell lymphomas; the most recent approval went to Belinostat, which was developed by a formerly Copenhagen-based company known as TopoTarget,  now part of the French Onxeo.

Epigenetics has taken a particularly strong hold in the cancer niche. As scientists from Harvard Medical School and the Broad Institute discussed in a Science review last July, “recent cancer genome projects [have] unexpectedly highlighted the role of epigenetic alterations in cancer development” and suggested that these changes are responsible for the so-called “hallmarks of cancer.”

Unfortunately, HDAC inhibitors seem to have limited use in this arena. A pair of Italian researchers concluded in the British Journal of Cancer that they are effective on “a small set of [cancer] patients with selected hematological diseases, but their use as a monotherapy has not been satisfactory.” The efficacy of these drugs has been marred by individual sensitivities to them that are difficult to untangle such that patient stratification is not an option.

A German company, 4SC, has taken heed of such findings, combining its lead candidate resminostat with Bayer’s kinase inhibitor, Nexavar (sorafenib). In January, 4SC was able to show that its HDAC in tandem with this first-line liver cancer treatment reduced the risk of death and extended patient survival from 5.1 months to 13.7 months.

A Second Generation of Epigenetic Drugs

Carlos Buesa, founder and CEO of Oryzon Genomics, is optimistic about the rise of a new generation of epigenetic treatments that his company is leading. “We’ve seen very recently that the second generation of epigenetic modulators could be druggable in a selective manner overcoming the problems that the old-fashioned HDAC inhibitors have gone through,” he told me at BIO Europe Spring earlier this year.

His Barcelona-based company, founded in 2000, is leading the charge in this direction. Its lead candidate ORY-1001 just cleared Phase I for acute leukemia and is under investigation in small cell lung cancer. It inhibits lysine specific demethylase 1 (LSD1), which in 2004 became the first histone demethylase to be discovered of approximately 30 thus far described.

LSD1 is thought to play a role in epigenetic reprogramming during cell proliferation among other biological processes, making it an attractive target for potential cancer therapies. “We know now that it’s key to hematopoietic differentiation in normal progenitors, and we know that in some cancers it’s responsible for the differentiation blockade, as in some leukemias,” Buesa said.

Oryzon presented its Phase I/IIa results at the American Society for Hematology conference last fall: ORY-1001 proved itself to be safe and likely effective, on top of indicating a number of useful biomarkers to monitor patient responses. “We were the first company to ever present [clinical] results with such an inhibitor,” Buesa told me proudly. More recently, 4SC launched a program to develop an LSD1 inhibitor, 4SC-202, but it has yet to enter the clinic.

For the Oryzon, much has been riding on the success of ORY-1001: Having been shown to provoke the differentiation of cancer cells accompanied by a preliminary clinical response, it now serves as the company’s proof of concept.

Even though Roche abandoned the biotech when it reprioritized its portfolio, Oryzon is pressing on, so far alone. “We’re seeing now that this is opening a door for a personalized approach, and it’s giving us information about diseases that have an underlying epigenetic component,” said Buesa, explaining the company’s determination to move ahead.

Though approved epigenetic drugs are limited to oncology, applications to other indications are also receiving attention. A recent mouse study published by the American Society for Microbiology in mBio suggested they might work as antivirals that would be effective against Herpes Simplex Virus, while an investigation into the treatment of HIV/AIDS is still at an early stage. Various neurodegenerative diseases are also topics of interest.

In order to build a foundation for the development of such a wide range of therapeutics, Cambridge Epigenetix plans to continue its technology and diagnostic development programs to illuminate epigenetic signatures that “improve our understanding of biology to develop better therapeutics,” said Mellad. “What’s important is to first understand the biology.”

That’s the sticking point for epigenetics at the moment: as reflected in the global scarcity of biotechs in the space, it’s still such new territory with a largely unknown extent that effective therapeutics may be an overreach.

As an intermediate step, Cambridge Epigenetix hopes that its diagnostic assays will become standard screening practice before treatment decisions, since, as he argues, the epigenetic versions are more effective than their genetic counterparts. “We’re developing a companion diagnostic strategy to be used from day one to get the best efficacy and patient outcomes,” Mellad told me. “Genetic sequencing is informative, but epigenetics is better for monitoring and predicting responses [to treatments].” 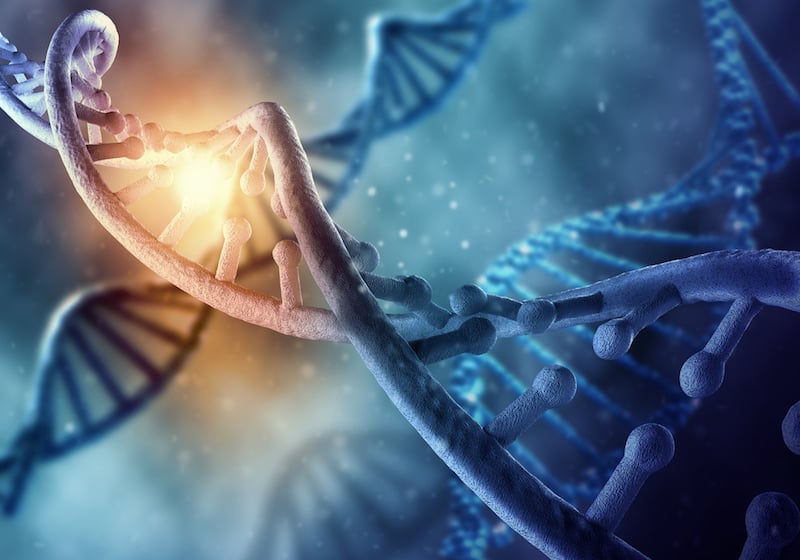 Such an addition is already an important dimension of checkpoint inhibitor regimens as pharmas like Bristol-Meyers Squibb and Merck compete to dominate the niche. BMS was quick to knock the necessary genetic test for its rival’s candidate, Keytruda, as cumbersome, while its own comparatively ‘easy’ drug, Opdivo, maintained nearly a half billion-dollar sales lead in the first half of 2016.

The tide turned in May this year when the FDA approved Keytruda for solid tumors with a specific genetic signature. For the first time in history, cancer was classified not by location but by the genetic mutation believed to be at its root.

“Keytruda’s biomarker approval changed how people see diagnostics like the ones we’re working on,” Mellad continued, hailing the FDA decision as a milestone for not just cancer genetics but epigenetics as well. And, Mellad said, this grown-up version of genetics could be even more useful, since “epigenetics provides a more nuanced view of responses to therapeutics as a mirror of the body’s dynamic response to its environment.”

“More and more companies are jumping on board, making epigenetics increasingly mainstream versus a niche,” remarked Mellad. As personalized medicine takes hold and such drugs become more successful in the treatment of diseases like cancer, epigenetics may soon capture the public imagination following in the footsteps of its predecessor.