Just 2% of experimental pain treatments clear Phase II. Why is this challenge so great, and which biotechs are gunning for Phase III and beyond?

Dating back at least to the ancient Greek and Roman empires, the opium poppy has been one of the most effective sources of pain relief. Several thousand years later, analgesics have not progressed far beyond its main active ingredient, morphine, which remains the standard for comparison of new treatments. Its semi-synthetic derivative, oxycodone, is perhaps the most widely prescribed medications for severe pain relief.

Despite their routine use, these drugs come with a number of side effects, including tolerance, addiction and abuse. As mu opioid receptor agonists, these dangers have propelled an epidemic of addiction in America. While access to opioids like oxycodone and morphine is much more tightly regulated in Europe such that the continent has avoided a public health crisis, there remains a need for safe treatments for severe pain across the world.

Pain medication may be as old as civilisation, but drug development in the field is nascent. Historically, pain has not been treated as a disease: just twenty-five years ago, neuropathic pain was diagnosed as hysteria, and today there is still no dedicated drug for it — patients can expect to be prescribed antidepressants or anticonvulsants off-label.

In a recent presentation, Sharon Hertz from the FDA’s Division of Anesthesia, Analgesia and Addiction Products highlighted the clinical challenges to meeting the unmet need for safe pain relief. Thus far, there are only a few classes of analgesics in existence, all of which are accompanied by “lots of adverse effects.” 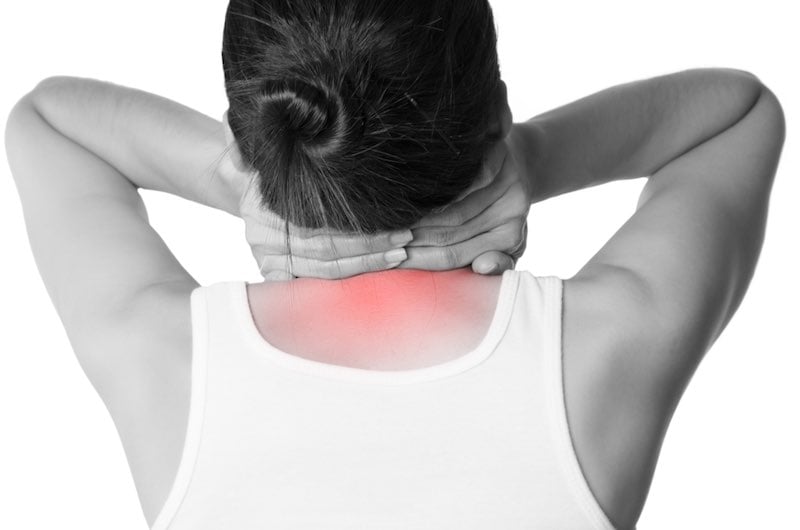 Programs to develop new ones have to contend with a large psychological factor: pain perception is strongly influenced by a placebo effect, which makes it difficult for an experimental medication to prove its superiority to morphine. Moreover, the sensation is not only subjective but difficult to describe. My graduate school PI, Dr. Gavril Pasternak in Neurology at Memorial Sloan-Kettering Cancer Center, compared asking a patient to describe pain to asking him or her to describe the taste of chocolate — “it’s hard, right?”

Hertz suggests these pitfalls could be circumvented with better study designs, but what about improving the drugs themselves? Existing medications could be amended with some sort of abuse deterrent, and Grünenthal recently partnered with 23andMe to probe for a genetic basis of opioid addiction risk. As Grünenthal’s CSO Klaus-Dieter Langner said in a statement, “Pain is a complex disease…We are very much looking forward to working with our expert collaborators at 23andMe to learn about the causal relationship between genetic patterns and different aspects to pain.”

While these efforts to manage the side effects associated with mu opioid receptor agonism, biotech is exploring other pathways. But according to Iain Chessell, Head of Neuroscience at MedImmune, just 2% of novel small molecule candidates make it to Phase III, usually due to off-target effects, insufficient bioavailability or poor trial design. So which have the best chance at passing this bottleneck? Hertz identified some small molecules with promising mechanisms of action, including cannabinoids and agonists of other types of opioid receptors.

Pharmaleads, a French biotech that grew out of a chemical supply company in 2006, picked the delta opioid receptor as a target, since it confers some pain relief with less severe side effects compared to its mu counterpart. The company is developing peptides known as DENKIs that boost the concentration of endogenous delta opioid agonists to provide pain relief with less risk of drug abuse. 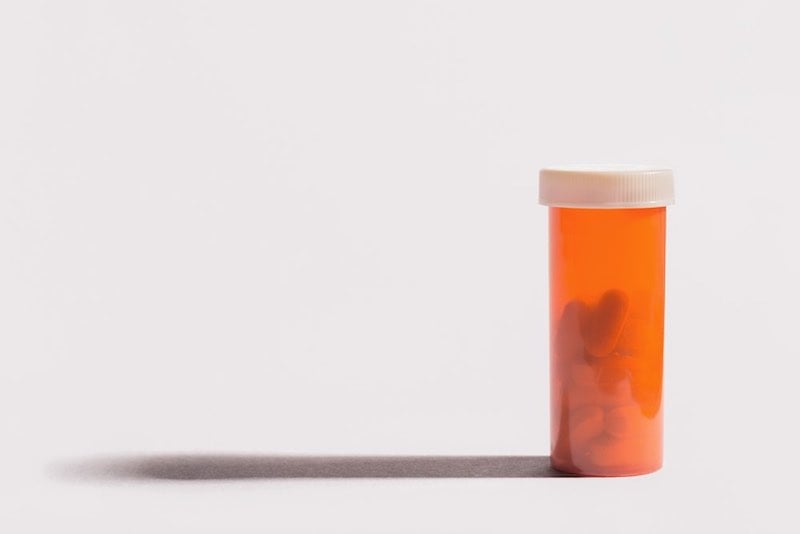 Thierry Bourbié, the company’s CEO, explained to me that “DENKIs work by protecting enkephalins [endogenous agonists] from degradation by enkephalinases to increase their local concentration and as a result induce a greater physiological analgesia to decrease pain locally.”

Though enkephalins are also agonists of the mu isoform, Pharmaleads’ Director of Corporate Development, Michel Wurm, remarked that “DENKIs don’t cross the blood-brain barrier, and they don’t lead to physical dependence or show abuse potential.” That said, it is yet to be confirmed that DENKIs do not recruit beta-arrestin 2, a signalling pathway usually blamed for the potentially lethal side effects of opioids.

An antibody has also been recruited in the efforts to find an effective pain treatment. In 2015, Pfizer and Eli Lilly resumed testing a humanized monoclonal antibody, tanezumab. Pfizer acquired the drug from Rinat Neuroscience in 2006 as part of a $500M acquisition and went on to partner with Eli Lilly to start the current Phase III trials in a deal that reached $1.8B.

Tanezumab works against nerve growth factor (NGF), which is linked to pain sensitivity, but its development was put on hold in 2010 when the drug appeared to worsen osteoarthritis; for five years following, its development as a pain medication was halted. But today, the antibody is undergoing followup trials to treat back pain. 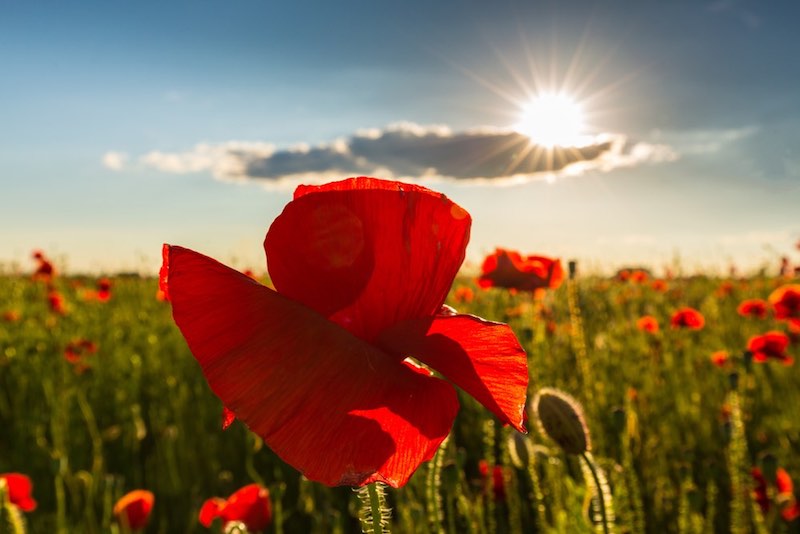 Though the variety of strategies might prompt optimism that “surely one will work,” it speaks to the difficulty of untangling the roots of pain. Pain sensitivity is largely mediated through the opioid receptor, but not only does this receptor have several different forms, it’s also a GPCR with a multitude of conformations. This flexibility makes them notoriously difficult verging on impossible to target, a challenge that has felled many a biotech.

One of the only companies to rise above the graveyard of biotechs is Heptares, which has developed a drug discovery platform of mutant GPCRs engineered to hold a certain conformation. This technique, which the company calls “StaR” for “stabilized GPCRs,” hinges on a small number of point mutations that “improve its thermostability without disrupting [a receptor’s] pharmacology.” Effectively, Heptares aims to tailor the target GPCR to a particular drug.

Last year, StaR became the centerpiece of a billion-euro licensing deal with Pfizer in Alzheimer’s Disease, but the platform could also be used to engineer an opioid receptor that doesn’t induce side effects by, for example, avoiding the recruitment of beta-arrestin 2. Heptares could perhaps make a receptor that provides pain relief without side effects. 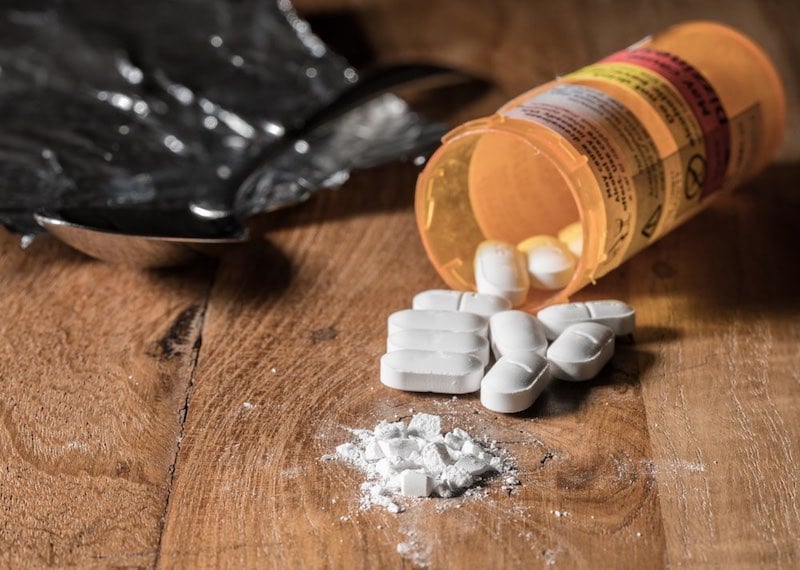 However, because these receptors then have to be expressed in the brain, the process is time-, money- and labor-intensive for patients and developers alike. This drain inspired a new Belgian startup, Confo Therapeutics, to see if it can develop a better method. The company is looking to speed up and reduce the resources needed for screening and preclinical development by developing a way to lock wild-type proteins into an active, druggable conformation without inducing side effects.

“By locking this GPCR into the desirable conformation that induces G-protein recruitment rather than beta arrestin 2, we can use this to discover MOR agonists that are biased towards G-signalling,” Christel Menet, CSO of Confo Therapeutics, told me last fall.

By steering clear of beta-arrestin 2, these therapies would theoretically not have the side effects making the American opioid epidemic so deadly and herald a new, much safer generation of opioid drugs for pain relief. As Menet explains, “In the MOR example, our screening platform should reveal drugs that preserve pain relief without the side effects that have brought on the abuse epidemic in the United States.”