Antibiotic-resistant superbugs cause a large number of deaths around the world each year, but effective new antibiotics are thin on the ground. Could bacteria-eating phage viruses be the answer to this problem?

The Covid-19 pandemic has received blanket news coverage over the past couple of months, with soaring infection rates leading to a global pandemic that has afflicted more than one million people. However, it still pales in comparison to the threat posed by antibiotic-resistant superbugs.

As of April 21, more than 160,000 people worldwide have died as a result of the new coronavirus, but the World Health Organization estimates that antibiotic resistance leads to more than 700,000 fatalities globally every year. With bacteria continuing to evolve and render currently available antibiotics useless, this annual death toll is predicted to rise to 10 million by 2050 unless solutions are found.

This problem could also have an impact on other parts of healthcare such as cancer treatment. Already studies have identified a rise in superbug infections in cancer patients. Because of the threat of these opportunistic infections, some oncology treatments may become obsolete within the next decade.

But, there is one solution that could stop superbugs in their tracks; one that has already been known for more than a century. Phages – viruses that parasitize bacteria – were first discovered in 1917, but the complexity of using them therapeutically meant they soon fell out of favor following the discovery of penicillin and other antibiotics.

The urgency of the antibiotic resistance crisis has led to a resurgence of interest in these largely long forgotten treatments, spearheaded by the European biotech sector. These biotechs believe that technological advances over the past decade have made it feasible to develop commercial phage therapies to treat a range of conditions.

“Developing a phage drug would not have been possible a decade ago,” said Lorenzo Corsini, CEO of PhagoMed, an Austrian company working on phage therapies for urinary tract infections and medical implant-associated infections.

“You need cheap sequencing of many phages and bacterial strains, and that has become available only recently. Now there are several promising candidates in the pipelines of various biotechs which make use of these underutilized natural bacteria-killers.”

One of the hurdles to rolling out phage therapies on a large scale has always been that phages are picky eaters. While there are trillions of them out there, each phage is only attracted to specific strains of bacteria, so identifying a cocktail of phages to target a particular patient’s infection is a laborious and expensive process. This means that thus far, phages have mainly been used in last-resort cases where no other treatment has worked.

“Designing a broadly applicable phage product is tricky as every patient has slightly different strains of bacteria,” explained Jonathan Solomon, CEO of Israeli biotech BiomX. The company is developing customized phage therapies to target harmful bacteria linked to acne as well as chronic diseases such as inflammatory bowel disease and colorectal cancer. 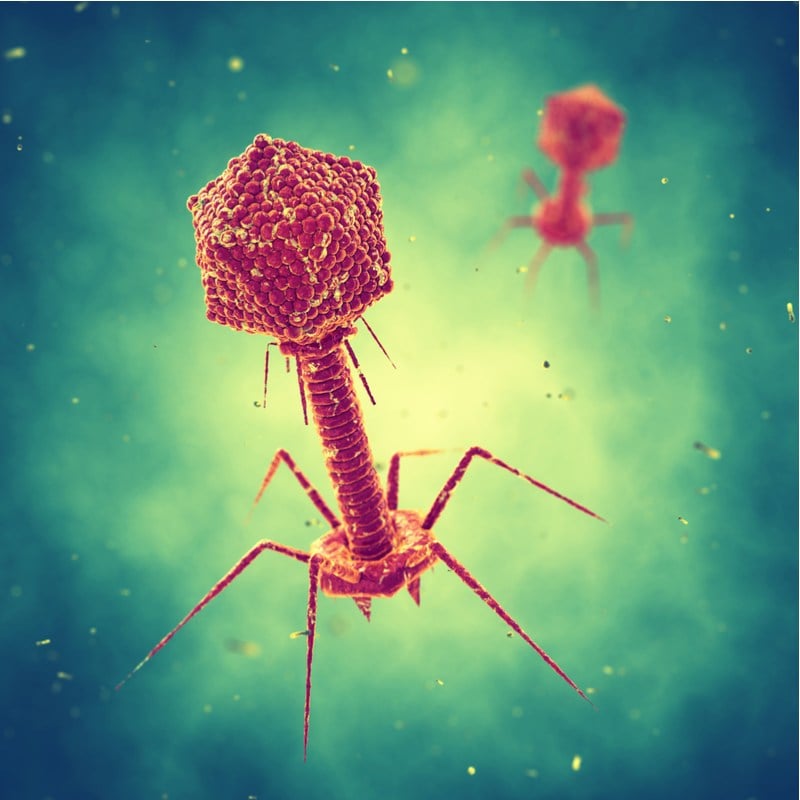 “The key is to identify and optimize a combination of phages that can potentially target as many of these different strains as possible. This is quite a daunting task that requires advanced technologies such as robotics, bioinformatics, and at times, synthetic biology.”

A decade ago, many of these technologies were not available. But such advancements now allow phages to be created in the lab through genetic engineering techniques. Scientists can effectively design phages to have a range of desirable properties such as a wide bacterial target range, and being better at dissolving the cell walls of their target bacteria. The best-engineered phages are combined into potent cocktails.

While these therapies remain at an early stage – both PhagoMed’s products and most of BiomX’s chronic disease therapeutics are still in preclinical development – there is optimism. For example, BiomX’s lead phage therapy, delivered as a topical gel, significantly reduced the levels of one of the bacteria responsible for acne in phase I results released last month.

It isn’t just new technologies that are required for phage therapy to reach prime time; there is still a considerable amount of skepticism to be overcome. Within the medical community, these treatments are still regarded as last-ditch throws of the dice, not to be tried until the last antibiotic has failed.

Corsini feels that for these perceptions to change, it is necessary for the biotech industry to develop a phage-based product that has such distinct advantages over currently available treatments that it would become an automatic choice. One particular area of need is infections associated with medical implants. These are mostly caused by a genus of bacteria called Staphylococcus, and are a dreaded complication for surgeons as the microbes form biofilms that cannot be penetrated by antibiotics.

“The current standard of care is removing the biofilm surgically, often including the whole implant, because there is no known antibiotic that does the job,” says Corsini.

“However, phages have evolved to attach to biofilms. They even have special enzymes that degrade the extracellular matrix, a slimy layer that protects the cells in the biofilm. This makes it feasible to create a fixed, off-the-shelf cocktail that could tackle these infections.”

While Corsini and PhagoMed are bullish about the prospect, the reproducibility of such an off-the-shelf product in clinical settings remains yet to be proven.

This is why Pherecydes – a French biotech developing phage therapies for a range of different conditions – is taking a different approach. Rather than attempting to produce a product that can be given to any patient, its therapies are individualized to the patient. The company does this by first conducting a detailed preliminary analysis of the patient’s bacterial infection, and then tailoring the phage cocktail to the infection profile.

Pherecydes’ approach could be more financially viable than current methods of administering phase therapy to patients because the company’s phages are produced in large batches, and so can be given to any patient with a similar strain.

“We have developed the concept of precision phage therapy whereby patients are treated with phages that are active on their bacterial strain,” explained Guy-Charles Fanneau De La Horie, CEO of Pherecydes. 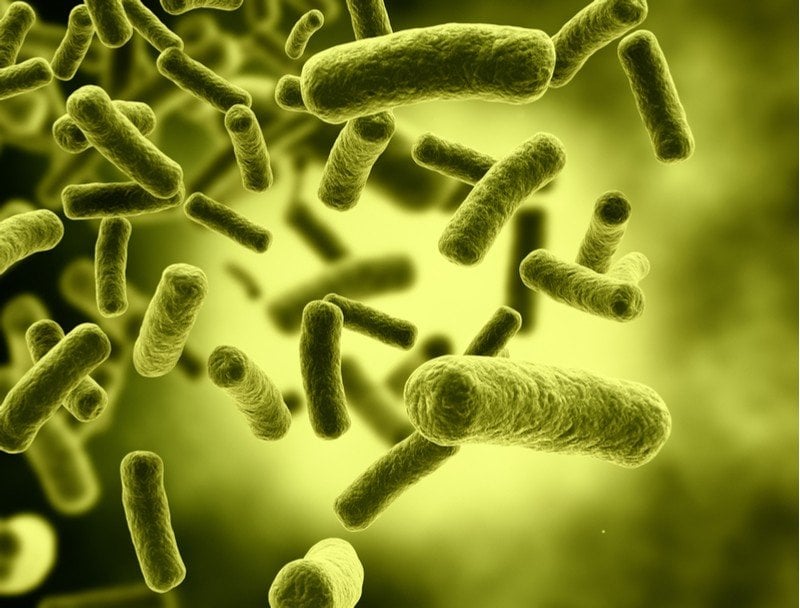 “This can be achieved in less than 48 hours, and fits with the current modus operandi of the hospitals,” De La Horie continued. “Our phages have been administered intravenously to patients with no reported side effects.”

The company plans to initiate phase I/II trials for phage therapy products to treat complicated bone and joint infections, as well as pulmonary infections in cystic fibrosis patients, in 2021.

The continued emergence of new technologies like CRISPR may well eventually lead to even more futuristic applications of phage therapy. One idea being researched by academics in the US is to use CRISPR-Cas9 as a way of genetically engineering phages so they have a much wider range of preferred bacteria to munch on. The concept seems promising, although as De La Horie points out, getting such a product licensed by regulators would be a challenge.

“The product to be administered to patients would be a genetically-modified organism and we believe it would be a real challenge in Europe to get that authorized,” he explained.

In addition, an increasing number of scientists are now researching the microbiome and the role of certain bacterial species within the gut in contributing towards various disorders. BiomX believes there could be a role for phage therapy in tackling some of the underlying causes of chronic disease, particularly as more of these gut microbiota species are identified.

However, one of the key issues facing all biotechs developing phage therapies is one of financing. De La Horie points out that the economics of developing therapeutics for bacterial infections is challenging. For six of the 16 antibiotics that have been approved by regulators since 2009, the companies that developed the product have gone bankrupt, such as the US company Melinta Therapeutics.

“With phages, there is clearly a need for such treatments,” he emphasized. “The sooner they will be on the market, the better for patients who can benefit from them. We do receive frequent requests from French hospitals for such treatments, which demonstrates the need.”

There are some signs that governments are listening to the calls for change in how we tackle antibiotic resistance. The UK’s National Health Service, for example, began trialing a program in 2019 where companies that commercialize antibiotics are paid in a subscription model, rather than only when the antibiotics are used.

If policies like that of the UK succeed, this could show promise for the future of companies developing other solutions to the superbug crisis, including phage therapies.