Brain diseases are hard to treat, but biotechs are harnessing a variety of techniques, including immunotherapy and gene therapy, to target neurodegenerative disorders.

When Eli Lilly announced that solanezumab, a long anticipated Alzheimer’s antibody, failed in their third attempt at a late stage trial last year, it crushed patients’ hopes and raised doubts about whether or not targeting amyloid-beta plaques, toxic aggregates of misfolded proteins that appear in the Alzheimer’s brains, was the best way to fight the disease.

But both biotech companies and investors around the world remained hopeful. Less than a month after Lilly’s announcement, Biogen released positive data on its Phase 1b trial of aducanumab, an antibody candidate now in Phase III trials, reviving hopes for the amyloid hypothesis and letting investors breath sighs of relief.

Biogen is one of many biotechs trying to develop an effective, disease-modifying treatment for Alzheimer’s disease, which remains one of the most difficult diseases to treat. A 2014 study, for example, found that around 99 percent of new Alzheimer’s drugs across 413 trials failed between 2002 and 2012. Central nervous systems diseases in general are hard to treat — let alone cure — but many biotechs have their eyes on the prize. 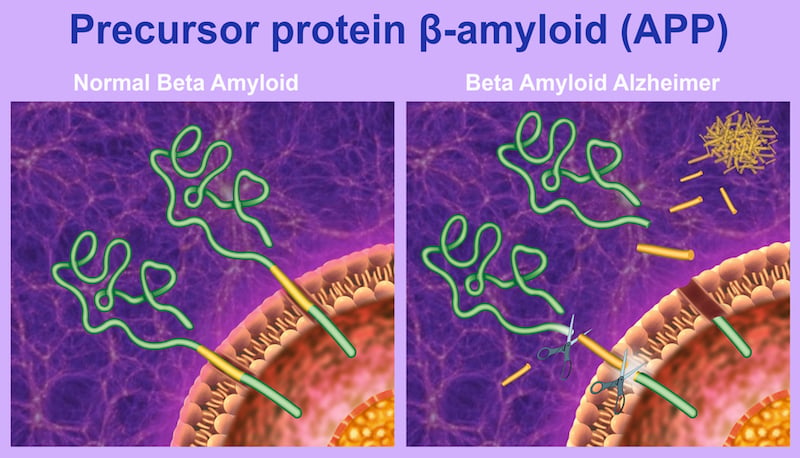 Beyond Biogen, a few other biotechs are developing antibodies for Alzheimer’s disease. AC Immune, for example, has its leading candidate, crenezumab, currently in Phase III clinical trials.

One of the biggest challenges for treatments involving antibodies is getting them through the blood-brain barrier (BBB), which does not let all of them cross freely. “This is one of the most challenging aspects of antibody therapy development for CNS diseases. However, in the last few years we have seen a resurgence in interest in tackling this issue with various different approaches,” Joy Zuchero, a scientist at the US-based Denali Therapeutics, wrote in an email.

One such approach will likely come from a partnership between Denali and F-star to develop bispecific antibodies using F-star’s “plug-and-play” technology that was announced in 2016. F-star is developing bispecific antibodies for multiple diseases, but this technique is particularly useful for the crossing the BBB. Certain receptors, such as the transferrin receptor, allow bound molecules to travel freely through the BBB on endothelial cells.

“If you have an antibody that binds to a blood-brain barrier receptor–for example, the transferrin receptor published by Genentech–under certain circumstances it will get pulled into the CNS and then you can imagine that if it’s a bispecific antibody, the other specificity could exert its therapeutic activity once it’s released on the inside,” says John Haurum, the CEO of F-star. “So F-star’s mission in this collaboration is to create an Fcab building block that results in the binding of the bispecific antibody to an undisclosed BBB receptor.”

While Denali has yet to disclose which neurodegenerative disorders it plans to address in their collaboration with F-star, Haurum says this technology could also be applied to other disorders of the CNS, including brain tumors and infectious diseases.

Boosting the Immune System with Vaccines

Vaccines are another promising approach to neurodegenerative disorders. Major players include Axon Neuroscience, a Slovakian biotech with an Alzheimer’s vaccine in Phase II trials and AFFiRiS, a Vienna-based biotech that currently has a Parkinson’s vaccine in a Phase 1b trial.

“Our therapeutic is aimed at teaching the body to produce the right antibodies,” says Günther Staffler, the CTO of AFFiRiS. Healthy elderly subjects can express autoantibodies to disease-related neuronal proteins, and according to one theory of neurodegenerative disease, antibodies derived from these autoantibodies can selectively bind the toxic forms of aggregated alpha-synuclein, a hallmark of Parkinson’s.

“Those antibodies may interfere with alpha-synuclein pathology—meaning they neutralize misfolded a-synuclein potentially by blocking the spreading of toxic forms of alpha-synuclein from one cell to another cell, and they could also deplete alpha-synuclein from target organs,” he adds. The company uses its proprietary platform, Affitome, to create short synthetic peptides that trigger an immune response by acting as B-cell epitopes with protein fragments that the body would identify as a threat.

But how do these antibodies cross the BBB? According to Oliver Siegel, the CEO of AFFiRiS, one of the primary assumptions on which this technology is predicated is that antibodies are permanently produced in the body in its periphery will travel through the blood brain barrier. If this works, he says it could provide some major advantages over other treatments, such as added safety benefits due to the fact the antibody concentration is determined by the body’s own immune response.

The group is also conducting preclinical work on an Alzheimer’s vaccine, despite that fact that its leading candidate, Affitope AD02, failed in a phase II trial in 2014. “It was cathartic for the company, but you learn from your mistakes,” Siegel says. “I think translating into an early sign of clinical efficacy in a phase II setting is one of the major concerns and challenges that we have. I don’t envision that there is a single, first line therapy for Alzheimer’s—or Parkinson’s for that matter. This is going to be a combination of therapies.” 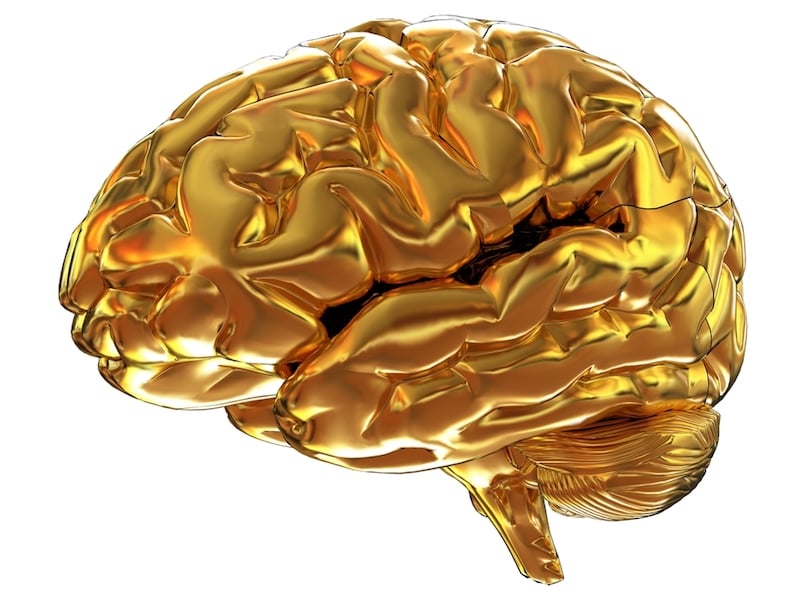 Some biotechs have opted for a completely different approach to neurodegenerative disorders: gene therapy.

The French biotech BrainVectis raised €1M in their Series A round last September to fund its preclinical pharmacological tests for their gene therapy approaches to neurodegenerative diseases. Rather than going for misfolded proteins, their approach aims to restore cholesterol metabolism in the brain using the enzyme CYP46A1. The company’s plans are ambitious—its aim to bring its Huntington’s therapy to clinical trials by 2019 and its Alzheimer’s therapy in 2021.

Lysogene, another French biotech, is using gene therapy to fight rare pediatric neurodegenerative disorders. They are currently in the midst of a phase I/II trial for Sanfilippio A (mucopolysaccharidosis IIIA), an extremely rare, inherited disorder that leads to rapid neurodegeneration and early death. Their treatment works by injecting a functional version of the N-sulfoglucosamine sulfohydrolase enzyme, which is defective in this disorder, directly into patients. 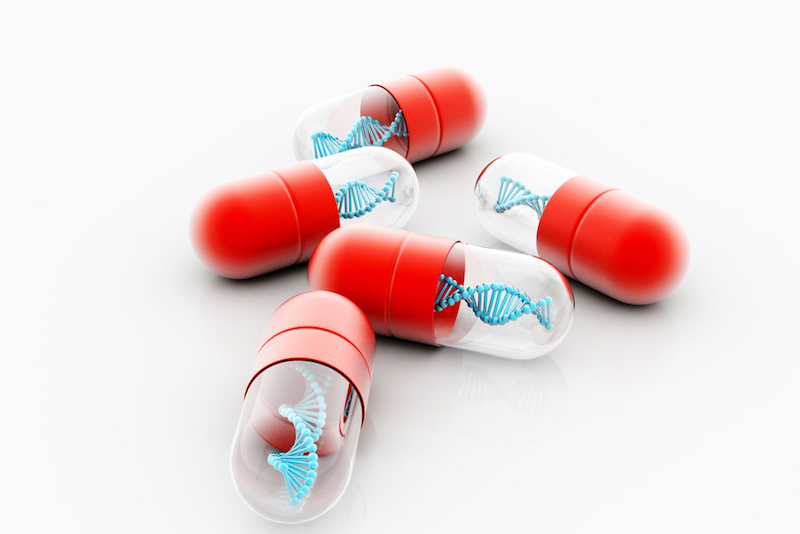 BBB access poses a challenge to gene therapy techniques as well, but Lysogene gets these enzymes into the brain using an AAV vector that they directly administer by boring tiny holes in the skull and inserting intra-cranial injections.

“The most impressive result of these investigational therapy trials was that these patients improved their behavioral patterns and sleep (some key adverse symptoms caused by of Sanfilippo),” Karen Aiach, the founder and CEO of Lysogene, told us in 2015. “On the other hand, with respect to general testing of cognition we could not prove any more indication [of the therapy] in the older children, as their cognition was too impaired at the time of enrollment.”

Lysogene is using a similar approach to develop a drug for Landing diseases (GM1 gangliosidosis), another rare, inherited pediatric disorder that causes neurodegeneration and death at an early age.

Both Landing’s and Sanfilippio are lysosomal storage diseases, which are the main target of Lysogene’s efforts. “Lysogene is particularly focused on rare diseases with a significant CNS component. We feel that our technology platform can be leveraged across a substantial number of these rare diseases that affect the brain.” says Samantha Parker, Lysogene’s Chief Patient Access Officer.