A European directive banning a range of single-use plastics came into law this month. How are the new regulations impacting industrial biotech companies developing bioplastics?

In an attempt to reduce staggeringly high levels of plastic pollution seen around the world, particularly in marine environments, the 27 EU member states and Norway agreed in 2019 to restrict ‘single-use plastics’ from being produced and sold in the EU.

The countries were given two years to implement the new regulations outlined in the 2019 directive and it officially became part of European law in July this year. The directive restricts the sale and use of 10 single-use plastic items including cutlery, plates, straws, drink stirrers, sticks for balloons, cups, food and drink containers made of expanded polystyrene.

The idea is to move towards a circular economy – with a focus on reusing and recycling materials – as set out in the EU’s circular economy action plan. The European Commission is one of the first lawmakers to bring in strict legislation around plastic pollution. However, the bioplastics industry has received the directive with mixed opinions, and many believe that while it is a step in the right direction, it may need to be revised in years to come.

One of the criticisms of the new directive is that there is a lack of clarity as to what are acceptable alternatives to banned products. “The single-use plastics directive bans certain products claiming ‘suitable and more sustainable alternatives’ were already readily available without identifying these alternatives,” said Joanna Dupont-Inglis, Head of EU Affairs at the European Bioplastics association.

She says more information about and regulation of acceptable alternatives is needed. “We see non-plastics disposable tableware made from straw or bagasse on the market that may contain hazardous chemicals not complying with EU food-contact regulations.”

Indeed, a survey of non-plastic, disposable tableware by consumer organizations in Italy, Denmark, Spain, and France earlier this year found at least one toxic chemical above recommended healthy levels in more than half of the samples they tested. These samples were made of paper, straw, palm leaves, and bagasse (formed from sugar cane pulp).

Many single-use plastic items do not have good alternatives, making it impossible for the directive to ban them. These include plastic bottles and their tops, cigarette butts, plastic bags, wet wipes, and sanitary items. Instead, the directive aims to limit their use by introducing waste management and clean-up obligations for producers, as well as raising awareness of the damage they cause and setting strict recycling targets.

Notably, medical-related plastics are not included in the directive. Many single-use plastics have been used during the Covid-19 pandemic such as gloves, gowns, and masks. 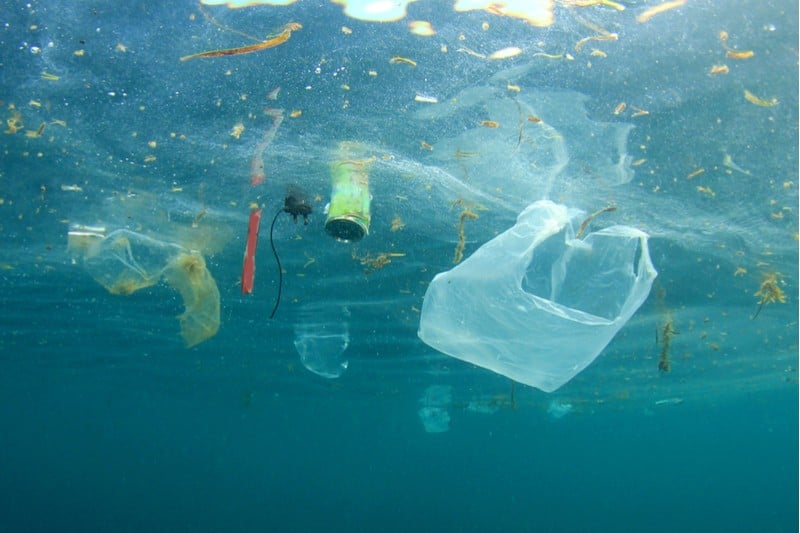 An important point about the single-use plastics directive for the biotech industry is that most bio-based plastics and biodegradable plastics are not exempt from the ruling, although “natural polymers that have not been chemically modified” are. Two examples are a plant protein-based bioplastic being developed by Cambridge-based Xampla, and a 100% recyclable bioplastic known as polyethylene furanoate (PEF) produced by Amsterdam-based Avantium.

“The definition of ‘natural polymers that have not been chemically modified’ is very significant,” Xampla CEO, Simon Hombersley, told me.

Although this means that certain companies in the bioplastic space could be negatively impacted by the regulations, the general mood in the industry seems to be largely upbeat about the changes.

“When all the plastics are lined up next to each other, the bio-based and compostable biodegradable plastics still yield a lot of environmental benefits over the non-biodegradable, more traditional plastics. For this reason, we see continued interest from our customer base,” explained François de Bie, Global Marketing and Supply Chain Director at Total Corbion PLA, a joint venture between the energy giant Total and Dutch food and chemicals company Corbion. Total Corbion was one of the European pioneers in making bio-based plastics such as polylactic acid (PLA), which is not exempt from the directive.

“Demand for bioplastic, for example PLA, has increased and new capacities have been announced. The industry foresees a bright future and demand will continue to grow,” predicts Martin Stephan, deputy CEO of Carbios. This French biotech company develops enzymes to break down and recycle PET plastics and also makes bio-based and biodegradable plastics.

“This directive very much works in the direction that we believe in,” says Avantium CEO, Tom van Aken, who also wants to see more regulation of raw materials to make sure they are as renewable as possible. “It’s not only going to be about the use of renewable feedstocks, but it’s also going to be very much about the circular economy and avoiding these plastic materials ending up in our natural systems.”

Both Carbios and Avantium have been benefitting from the growing demand for bioplastics. However, others are less happy about the fact that no exceptions have been made in the regulations for companies trying to help build a circular economy by producing bio-based and biodegradable plastics.

Israeli company TIPA has a focus on mostly bio-based and biodegradable packaging. Franz Kraus, Senior Director of Public Affairs at the company, believes that the single-use plastics directive will have “far-reaching consequences on the overall setting of EU policy on waste management and on packaging. It risks stifling innovation and sustainable solutions that fit perfectly well in a circular economy and the green relaunch of the European economy.”

Dupont-Inglis added that the European Bioplastics association is requesting that the EU Commision takes “sufficient account of the role of bio-based and biodegradable or compostable plastics in the circular economy.”

“No evidence has been provided that any biodegradable and compostable bioplastics are damaging to the environment, are frequently littered, or are causing greater resource loss. It is being neglected that use of biodegradable and compostable materials, especially in food-contact applications, helps to improve the recovery of other organic wastes (food, garden) while avoiding plastic contamination.”

Of course, any regulation is only as good as its implementation. The cultural diversity across EU countries makes applying centralized rules tricky, and the single-use plastics directive is no exception. The Covid-19 pandemic has also added to rollout issues.

“What we see so far and what certainly will be the result, in the end, is that the implementation is very unharmonized, leading to confusion among consumers, policy makers, and within the industry,” says Dupont-Inglis.

Each country has the responsibility to apply the regulations in a way that adheres to the European directive. As might be expected, this rollout has been varied. At the beginning of this month, the Rethink Plastic alliance published a report assessing how far each country had gone towards implementing all the regulations covered in the directive.

So far, most countries have adopted some of the regulations but still have further steps that need adopting. Estonia, France, Greece, and Sweden have done particularly well, and others, such as Bulgaria and Poland, need to improve efforts to meet targets according to the report.

Plastic bottles are not currently banned in the directive. Firstly, reliable and affordable alternatives that can be applied to the vast array of uses for plastic bottles are limited. Secondly, most plastic drink bottles are made of PET, which is one of the more easily recyclable plastics.

The European Commission is therefore focusing on ambitious, improved recycling goals for plastic bottles rather than stopping their use. At present, around 65% of such bottles are recycled, but the new regulations state this should increase to 77% by 2025 and 90% by 2029. By 2025, all PET bottles should include a minimum of 25% recycled plastic.

While this is an admirable aim, there are concerns from big industry players that these recycling goals are unrealistic. More because of a lack of available technology and approved recycling processes than because companies are unwilling to change their methods.

Carbios is a big player in the plastic recycling space and has deals to apply its enzyme technology with a number of large drinks manufacturers including Coca-Cola. “There is a huge need for additional recycled material, following the regulatory obligation to incorporate 25% recycled content in bottles by 2025,” says Stephan. “But today, this demand is not being fulfilled because of a lack of viable technologies.”

It remains to be seen how Europe implements these regulations over the next couple of years. Demand for bio-based and biodegradable plastics seems to be increasing regardless of the new directive, and for companies whose products do not fall under the new regulations, it presents a real opportunity to showcase what their products can do.

“The regulations are an opportunity for innovative solutions. Xampla is one of a small handful of companies developing genuinely next-generation materials, which can provide the benefit of plastics but without the harmful impact,” says Hombersley.

But it seems inevitable that some companies with good intentions will be negatively impacted by the rollout. Although most companies and individuals in this area welcome the ideas behind the single-use plastics directive and say it is a step in the right direction, there is considerable frustration about the lack of recognition of the contribution of bio-based plastics and biodegradable plastics to building a circular economy.

“We fear that with the present version, the directive will block an innovative and sustainable polymer production in Europe,” says Dupont-Inglis. “However, the bioplastics industry is a very dynamic one and will adapt quickly to this changing environment.”

The current regulations are to be revised in 2027, but both Dupont-Inglis and Kraus think revisions will be needed sooner.

“The regulation will have to be revised to be fit for purpose, better sooner than later,” says Kraus. “The free movement of goods across the EU market will have to be ensured. A green relaunch of the economy will only be achieved with the participation of all economic operators involved and using the opportunities which innovative new materials offer — as disruptive as they may be.”

According to de Bie, other single-use items such as bamboo should also be regulated. “The key focus of this directive is to prevent litter. And unfortunately, the directive only focuses on plastic litter. But when I walk on the beach, there’s also wood, metal cans, and lots of other products littered and that’s, I think, a big miss on this directive.”

He adds that more can be done to improve regulations in the future. “We see that there’s many scientific studies, which show that climate change is happening. For this, we need to reduce our consumption of fossil fuels, and we need to go to bio-based products… I think it’s unfortunate that on the European level, the European Commission is so indecisive when it comes to bio-based plastics.”

Kraus points out that Europe should not lose the opportunity to be a world leader in moving closer to a true circular economy. “If the EU keeps on neglecting the bioplastics sector, regulation in China with regard to addressing global plastic pollution, notably by substitution with biodegradable or compostable material, is likely to take a lead in shaping global policy.”

“Advantageous policy setting is taking place already in Australia and New Zealand. Even in the US, which tends to regulate less, more propitious regulatory frameworks are in the making. The EU Circular Economy Action Plan demands a real regulatory framework for bio-based, biodegradable and compostable material. This needs to be addressed and cannot be done so by merely giving recommendations. Otherwise, the EU will lose out on the opportunities of the bioplastics sector.”