While the success of gene therapies has boosted investments in the sector, it has also led to a number of difficulties. In this new infographic, we discuss how gene therapy developers can ensure a sufficient viral vector supply, despite shortened development timelines other challenges.

Compared to other biologics, such as antibodies, which take up to 10 years to be developed, gene therapies are developed within three to five years instead. Key reasons for this compressed development timeline are the need to treat and potentially cure previously intractable diseases, as well as encouraging results from early clinical trials, and the pressure to market these therapies as early as possible.

However, as a result, gene therapies are often developed within extremely short timeframes, which can cause challenges when it comes to modifying their development processes after registration and has triggered bottlenecks in the production of viral vectors, the key ingredients of gene therapies.

Consequently, companies have started looking into scaling up viral vector production to meet their growing demand as clinical development progresses. Traditionally, these processes involve adherent cell cultures, which are more difficult to grow in large quantities.

In this infographic, created in collaboration with Merck, we show how cells grown in suspension are much better suited for large-scale production of viral vectors, what to consider in order to successfully scale-up viral vector production, the different challenges faced in upstream upscaling, and how Merck has developed a solution to address these challenges.

You can download a free version of the infographic here! 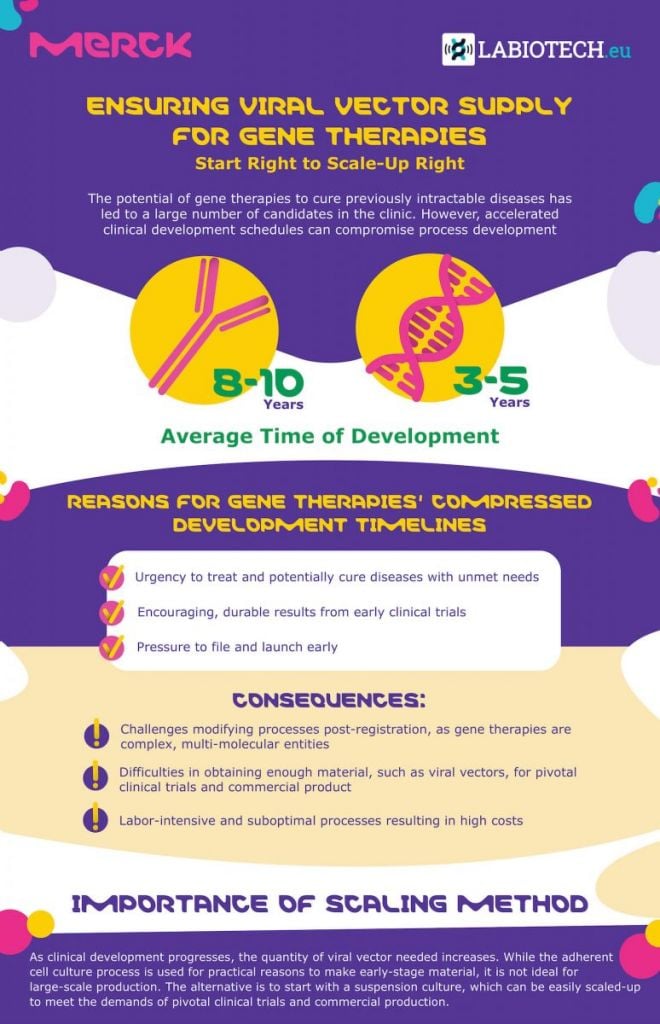 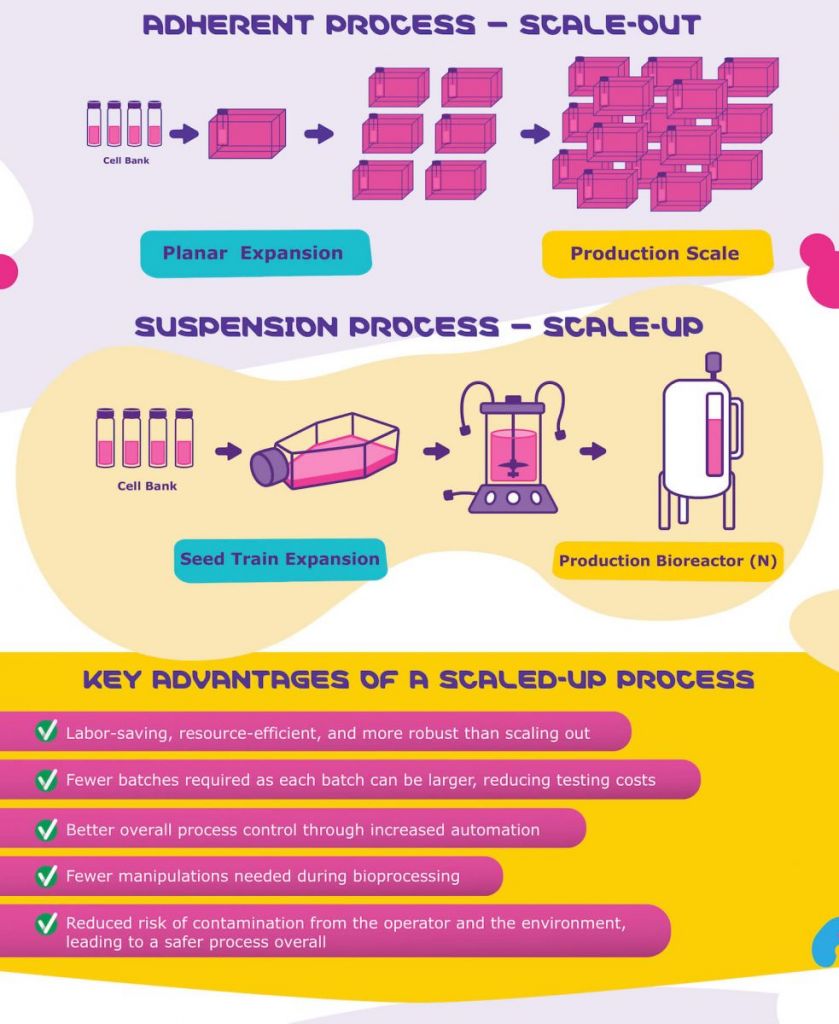 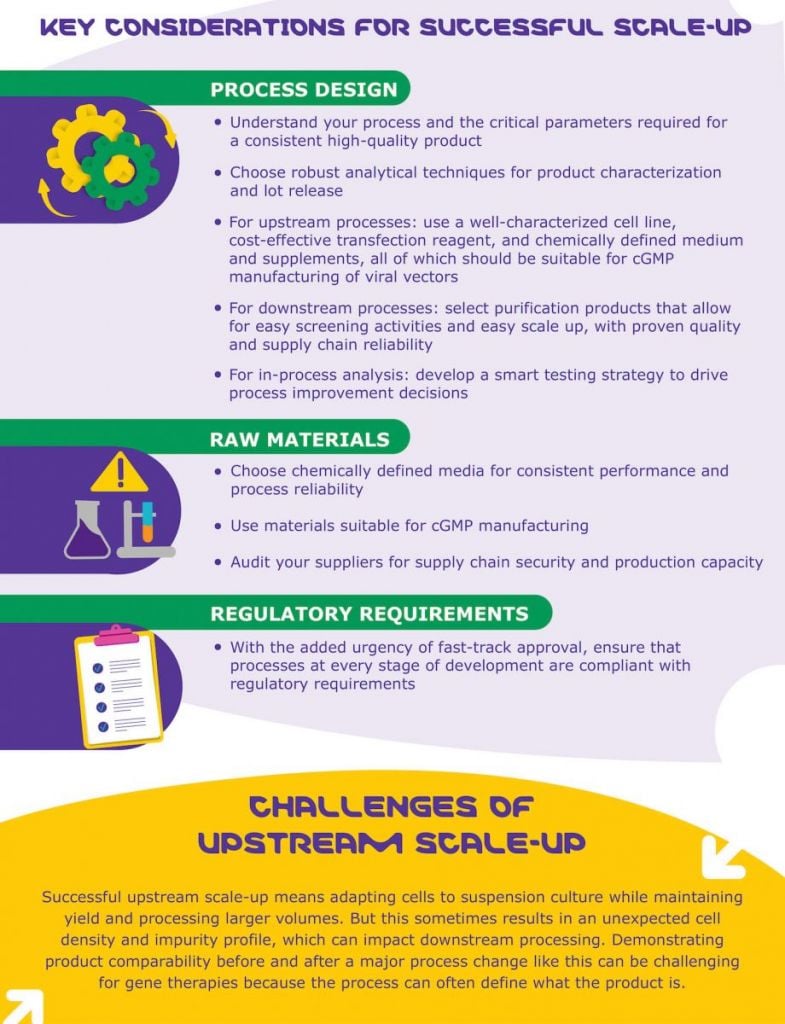 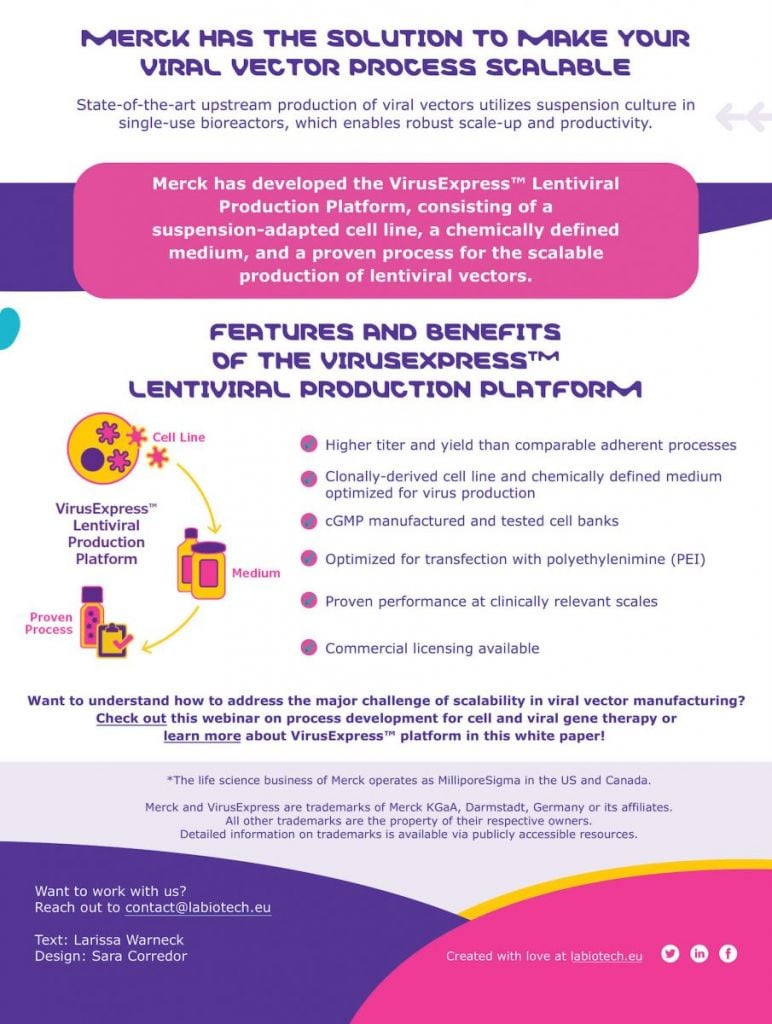 With its VirusExpressTM Lentiviral Production Platform, consisting of a suspension-adapted cell line, a chemically defined medium, and a proven process for the scalable production of viral vectors, Merck has developed a solution to make the viral vector development process more scalable.

Want to understand how to address the major challenge of scalability in viral vector manufacturing? Check out this webinar on process development for cell and viral gene therapy or learn more about the VirusExpressTM platform in this white paper!

*The life science business of Merck operates as MilliporeSigma in the US and Canada.