Anne Portwich, Partner at venture capital firm LSP, told me about her career path and how to succeed in the life science industry.

Anne Portwich became the first woman partner at LSP in 2011. The fund has raised more than $1B since it was founded more than 25 years ago, and the cash goes mainly to European life science companies.

When we began talking, I was primarily curious about her perspective on success in healthcare as a venture capitalist. For instance, she doesn’t think funding is tight: “I think there are a lot of new funds flowing in. We closed a €250M fund, LSP 5, in 2014, and that was the largest fund we ever raised; left and right, you see investors closing new funds now.”

As for the one thing Portwich wishes biotech companies would do to improve their chances of making it? “I’d like to see that companies think more about product positioning in the market from the start,” she said. “I understand that’s not easy, but they should have a clear idea of how a product fits into the current way that things are being done.”

But I discovered that her career path is one of the most inspiringly down to earth stories that I’ve ever heard, and it became the focus of the interview. As Portwich told me, she stumbled into venture capital as she was exploring opportunities in the healthcare industry. Before she joined the firm, she was firmly on the academic track pursuing a PhD at the border of microbiology and biochemistry at the Max Planck Institute in Bremen. Now, she runs LSP’s new Health Economics Fund that specifically looks at medical devices, diagnostics and digital health.

But what happened in between? We started from the beginning of her PhD days… 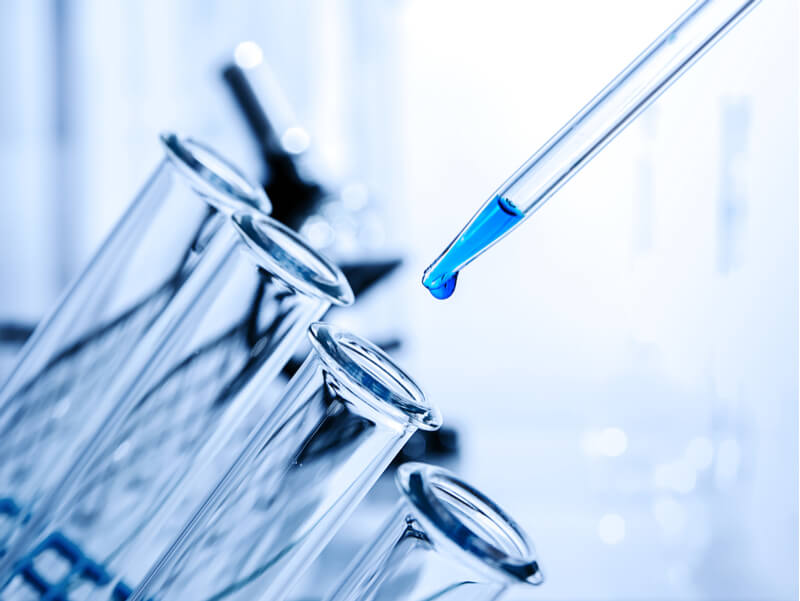 Why did you choose to jump from academia to venture capital and what challenges did you face?

If there’s a great place to do a PhD with great science it’s at the Max Planck Institute… it’s lots of fun, with lots of freedom and very very smart people. It was a great time, and I was very clearly on an academic path.

I had this moment at a conference around the end of my second year, it became clear to me to me that I did not want to stay in academia. At a presentation, I looked around and all I saw were old men, and I thought, that’s not my future. It was a dry topic and probably related to the area I was working in, but I didn’t see that as the path forward for me.

I also think that there are two different kinds of personalities, specialists and generalists — the Chief Engineers versus the CEOs. They’re two different mentalities, and I think once you figure out if you fit best as an expert in a narrow field or know some things about a lot of different fields, then you have good guidance on how you move your career forward.

For me it was clear I did not want to be a specialist, so at that point I knew what I did not want but I didn’t know what I did want to do. At that time, in the late 1990s, there was very little talk about what you can do outside of academia and especially when everyone around you is on the academia track, everyone tells you not to leave. It takes some perseverance and maybe some courage, because everyone tells you to just do a postdoc, because you can continue on the track and still do something else. I just didn’t want to do that, so I started looking around.

I went to a trade fair and just went up to booths — I thought, I just had to talk to people who aren’t in academia to tell me what else is out there. That’s how I came across a Dutch biotech company, OctoPlus, doing drug formulation services. 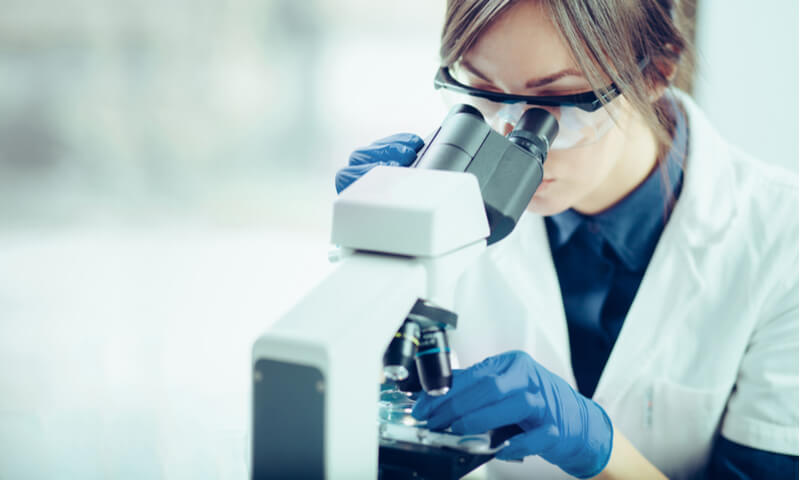 I was chatting with one of its business developers who told me that with my PhD I was exactly the sort of person they were looking for, and he suggested I interview. I joined OctoPlus as a project manager in June 2000 and suddenly had to deal with customers, budgets and projects.

It was a steep learning curve but a really good step forward. It was close to the scientific work that you do as a PhD student: you’re still designing experiments, but you do it in a commercial setting where you work with a customer on the science but you have to decide what to do — or more importantly what not to do in order to stay within budget.

After a year and a half, though I enjoyed it, I felt that this was not “it” for me and that I would move on in a year or two. So I thought I would test the waters and started looking for new challenges… My then-boyfriend now-husband showed me a newspaper ad that LSP was recruiting scientific analysts with a strong scientific background (they emphasized this) and some understanding of how the commercial world works.

To be honest, it was the first time that I had heard about venture capital — I was extremely curious about it, but also about my value on the job market. So I had one interview and then another, and I felt like it was exactly the fit for me, as it’s very broad: you have to understand the science of a company that you’re assessing, the business plan, the management team, the market, the positioning in the market, the exit potential, the strategy… you really broaden your horizon. LSP was looking for someone who wasn’t necessarily like this on Day One but had the potential to have this kind of helicopter view and be able to discuss this with the real experts of this world.

So I started there as an analyst in 2001, when it was much smaller than it is today. It was a lot of learning by doing — as an analyst, you work with all the partners, so you get to see how they assess opportunities. I worked my way up over the years and in 2011 I became partner. 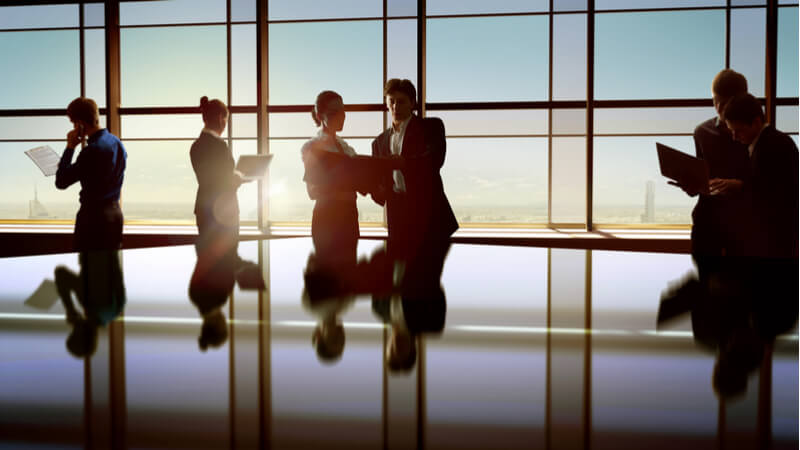 That can’t have been an easy decision though. Do you have any regrets?

I had a good discussion with a friend at that time and really talked through the reasons I was hesitant to take it; at some point, I realized that the biggest thing that was holding me back was fear of the unknown and what if this doesn’t work. That’s not a good argument.

It was a step away from doing any scientific work myself — I’m really hands off now and in the back seat. But I must say, I do not regret moving away from science and hands on work at all. For me, this was the perfect decision because I found something that fits my personal profile really well. I’m also someone who doesn’t like standing still, and when you do similar work for a long time, it might start to feel like that because you specialize. I’ve been with LSP for 16 years now and there’s constantly room for growth in what I do and the role I play.

If you’re too comfortable with what you’re doing — if you’re constantly doing things that you know how to do — that’s not good. I like being right at the edge and asking myself, “Can I handle this?” And then you handle it. That’s why I really appreciate what you can do here. 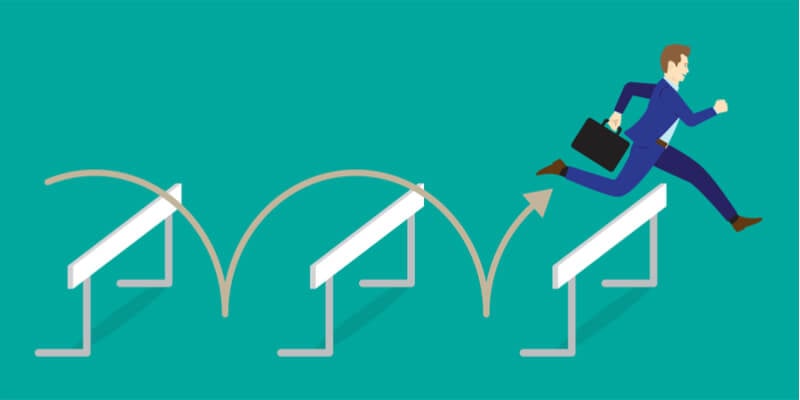 Let’s go back to when you said you knew you didn’t want to continue in academia because of all the old men at the conference presentation. Venture capital is another area that some might think is full of them as well. Did you confront any gender issues?

It wasn’t the men at the conference, it was the feeling of yesterday. When I joined LSP, I was the first female investment professional and then the first woman partner; but after me, there came more. I don’t think it was a conscious choice of LSP to hire a woman, they were just looking for the best person for the job, whether it’s a man or a woman. We hired two associates recently, and it just so happens that both of them are women — they were really persistent in wanting to work with us, both had excellent backgrounds and they fit with the team.

I very much like that at LSP and in this industry, you have to do a damn good job and then you make it — at LSP at least, people are very smart and valued for what they bring to the table. Yes, it’s a male-dominated environment and I’m always rejoicing when I see more women in the industry, but the gender dynamic wasn’t an obstacle for me when I joined.

That’s at least a personal experience, and it might not be like that everywhere, but in academia I had the feeling that people tend to work for their own personal careers — you have to get a paper out to get to the next step for you. Of course you form teams on the way, but it’s very much your individual career that is the focus.

At LSP, the way it’s set up, you have to succeed as a team: you’re critical of each other but you also have to work with each other. We’ve all been working together for a really long time, so you know the strengths and weaknesses of everyone and you have each other’s back.