In 2016, German pharma giant Bayer took a bold step and decided to partner with CRISPR Therapeutics to form a company that could join the race to be first into the clinic with a CRISPR therapy. Peter Nell worked at Bayer for many years and was one of the founding team of Casebia Therapeutics. Now VP, Head Strategy & Business Development at Casebia, he told me more about the company, its unique set up and the challenges of working in such a new and untested field at our recent Berlin Refresh Meetup.

The rapid rise of CRISPR-Cas9 gene editing technology has been well documented over the last couple of years. The bitter patent dispute in the US between those responsible for developing the technology — Jennifer Doudna, UC Berkeley and Feng Zhang at the Broad Institute — has been particularly notable.

While there are now a number of companies in this space, Editas, Intellia Therapeutics and CRISPR Therapeutics are probably the most well known for their connections with Zhang, Doudna and Emmanuelle Charpentier, another of the CRISPR founders. They have also been around the longest. Although the patent race and disputes are continuing and becoming more complex day by day, the new focus for these companies, and for others like Casebia, is to get a CRISPR gene therapy into the clinic.

Bayer’s decision to partner 50:50 with CRISPR Therapeutics and to invest just over €300M into the company is a bold one, but could yet pay off.

“In 2015, Bayer founded the Bayer Lifescience Center, which is a dedicated function with a lot of funding that can be used for these venture investments; new technologies, breakthrough technologies that have a use for all areas of Bayer,” explained Nell.

“CRISPR is one of the best examples for this. You could use CRISPR for therapeutics, that’s the part we are dealing with, but you could also use it for crops, seeds and so on. Bayer has a large crop science unit, so that’s why Bayer decided that this would be the first technology we would invest in.” 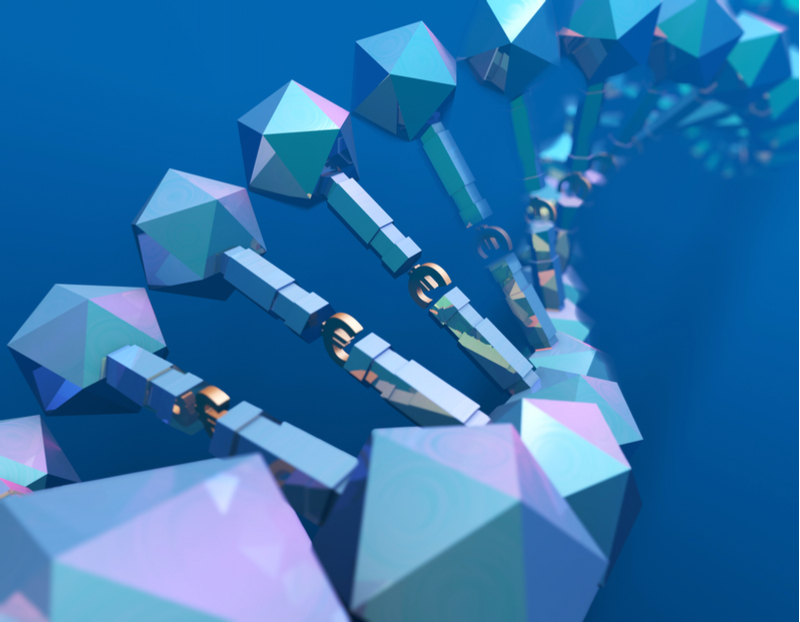 Financing is often a problem for early stage therapies, but Casebia is in the fortunate position of having money to spend, at least for the next few years. “We don’t have to think about financing the next round all the time, but we are an independent company, which should create 3-5 INDs in a time frame of about 5 years. That was the concept, really with the goal to deliver INDs, there was not a named money return goal,” Nell commented.

Casebia is working on developing therapies in a number of different areas including autoimmune disease, hematology, ophthalmology and cardiovascular disease.

Nell was keen to emphasize that Casebia has exclusivity from CRISPR Therapeutics, with both companies working on developing treatments for different conditions, except for hematology which is an area they are both working on. 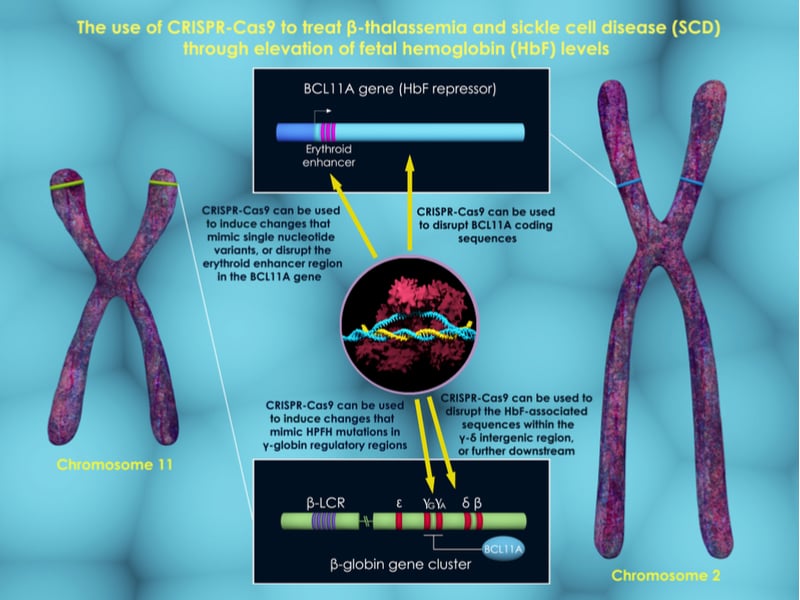 “Hemophilia is one which we are really focusing on, because that is where Bayer as an investor had an interest. They are currently one of the leaders in hemophilia and they want to be part of the next generation of development of a real cure for hemophilia,” he said.

With therapies that will potentially cure a condition like hemophilia, an important, if slightly uncomfortable question is how will companies like Casebia stay afloat?

“The market potential is much lower. That’s why Bayer said ‘we will give you the money to develop the platform as well and with that we will address more indications.’ If we solve delivery to the liver for hemophilia A, then we can go to other diseases that originate in the liver. So you will have smaller indications, but more potentially,” explained Nell.

A step into the unknown

The CRISPR field is very unusual, as it has a large amount of investment, but most research and development — barring a trial in cancer patients in China publicized earlier this year — is still at the preclinical stage.

CRISPR Therapeutics is probably closest, with its proposed upcoming trials in sickle cell disease in the US and beta thalassemia in Europe due to start this year. However, earlier this month the FDA announced a hold on the US trial stating further questions needed to be answered before it could begin.

“The process in the USA for the IND is that you apply, you submit all the documents, and then the FDA has 30 days to ask questions and can put the trial on hold if they have too many questions,” commented Nell.

“I don’t know the reasons for sure because they are not published. Is it a lot of questions? What questions are they? We just don’t know.”

It’s a process that is being closely watched by others in this area, including Casebia, with a view to learning from CRISPR Therapeutics’ experience.

“Yes, we will definitely learn. Editas also had a delay in their first program, so everybody is learning and that’s good for us as well because we are still a little bit further away from our first IND or CTA,” noted Nell.

CRISPR is a popular topic in the media and coverage of research citing fears about cancer risks associated with human gene editing has also been in the news this month.

“You wake up in San Francisco, stock is already down and you wonder what is going on. It’s always interesting, because everyone you speak to on the phone knows about it already. Whoever you talk to in the world, everybody knows about it,” said Nell.

Dismissing these papers as excessive fear mongering, he remarked: “In these studies they never showed that the CRISPR cut created cancer. It was just a hypothesis that it could happen in principle. It has been shown previously, so it wasn’t really new. It was in my personal opinion overblown.”

However, he emphasized: “I mean, we will for sure watch for these potential risks, nobody neglects it… There is in silico tests, in vitro tests and so on where we check the off target effects. And then it’s all about the specificity as well, that’s our Cologne group’s focus, they are improving the cutting machinery so it is more selective specific to the site you want.”

It is uncertain how long it will be before approval of CRISPR therapies occurs in European and US clinics, but with the investment in the technology and the number of players involved it is reasonable to assume it will be a matter of years rather than decades.

Pricing is also uncertain, but it is likely these therapies will be expensive, at least at first. “In general I think that it is expected that there will be a scale effect,” predicted Nell.

Nell emphasized the value of getting patients involved in the development of these new therapies from the beginning. “You have to work early with them. There is a lot of hesitance in some patient populations, perhaps because of things that happened in the past, and then they also read these news stories about things like cancer risk. You have to discuss things with them so that they can understand that this might not be a risk in this specific treatment that they would get.”

He also believes that the interest and expectations of patient groups can really help drive progress in the industry setting. “It’s very sad sometimes, but it’s also very educational hearing about how patients live their life and what challenges they face… That’s actually sometimes what creates the urgency for us to move ahead.”