Some careers take on an international scope and span the breadth of big players in the pharmaceutical industry and small biotech startups. David Ebsworth, Chairman at Verona Pharma, can count his professional journey among these and gave us the inside scoop on the successes and challenges he faced, his perspective on European biotech, and advice to offer aspiring biotechnologists.

With over 25 years experience in biotech and pharma, you could almost say David Ebsworth has seen it all. After starting out in pharma with Pfizer and Bayer in the eighties, Ebsworth moved into biotech in 2001 as the Chief Executive of the UK company Oxford Glycosciences and helped steer the biotech through difficult times.

Since then, Ebsworth has held a variety of consulting positions and has been an active board member of several biotechs, including, most recently, Verona Pharma. Ebsworth spoke to us about his move from pharma to biotech, the challenges he has faced, and what he thinks the future holds for European biotech — particularly after Brexit.

What made you decide to abandon your work in pharma and move to the biotech industry?

Well, big pharma is nice since you have a lot of resources, but one of the challenges there is that decision making is slow and the organization is complex — and sometimes a little political. Although I had done extremely well at Bayer, and enjoyed the company very much, I wanted to run my own company. I had the chance to become a Chief Executive of Oxford Glycosciences, a biotech company in the UK, which was simply very attractive and that’s why I went in that direction. 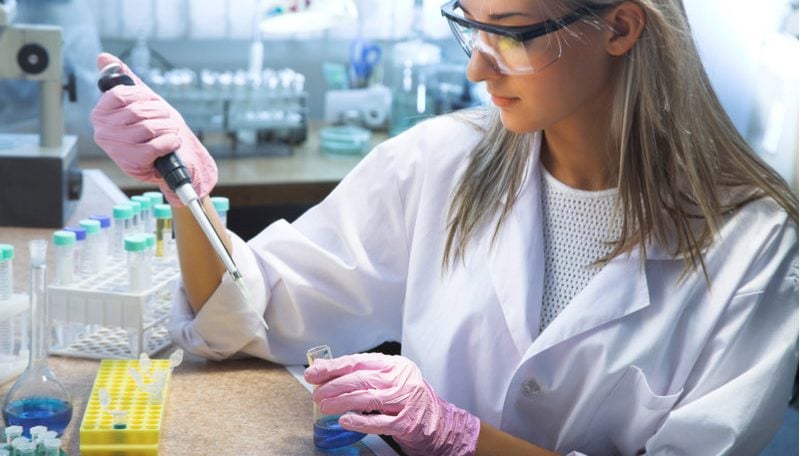 What types of different challenges did you find when you started managing your own company?

Oxford Glycosciences was a much smaller company, it was about 250 people, whereas at Bayer I had 20,000 people in my division. It was a bit like the difference from moving from a back closet to a speed boat — sometimes you turn the steering wheel too fast and the boat would just spin on the spot and you get a face full of water!

I found it very refreshing, and I enjoyed very much moving into the smaller company environment. We did have a very challenging and interesting time entering the merger discussions and the hostile takeover with Celltech, but I had a very close team around me. I still get together regularly with a number of members of the management team from that organization.

What do you think are the biggest challenges to being successful as a CEO?

You have to, particularly as a public company, balance your time between the various stakeholders, which include the shareholders, the employees, and your board. At the same time you have to move the products forward, get the job done and watch your financing. Obviously in biotech you’re normally losing money and you have to make sure that your cash reach allows you to do what you’re trying to do. So there’s a number of balls in the air at the time and perhaps the fundraising ends up being one of the more challenging events.

Have you made any mistakes in your career? Is there anything you would change if you were to go back?

I remember giving an interview to a journalist during the whole merger and hostile takeover with Celltech and not being very careful of what I said. I had said, ‘Well, sometimes I feel like an idiot, because it doesn’t matter how hard I work, the share price isn’t responding.’ So the headline in the newspaper the next day was ‘David Ebsworth feels like an idiot.’ That was a clear mistake.

Sometimes it’s easy to underestimate the different factions on your board. Boards can be very complicated and it takes you a while as a chief executive to understand the various different sanctions on that board, so over the years I’ve not always got that right, but I’ve learned to pay a lot of attention to it now.

What are the main changes you’ve seen in the biotech industry during your career?

We’ve seen a number of waves of consolidation in the UK. When I started in the UK, there were many companies in biotech. Today, there seem to be fewer companies and the companies seem to be less well financed. During the gene explosion in the early 2000s, money was relatively easy to raise, whereas now it’s become quite difficult. I think it’s not easy to start companies today although obviously there are a fair number of startups.

I think also the geography has changed, there used to be far more biotech companies in Germany, I think there are fewer there now. France is doing a bit better now than it was in the early days.

Things go through cycles and obviously you have the various fads and phases. For example, anything that today is CAR-T or immuno-oncology gets big, big hype. Again there are numerous, you would say, fashionable therapeutic areas and non-fashionable ones. It’s fine if you’re in the fashionable one, but I think I’ll normally be in the less fashionable ones.

What do you expect to change in the biotech industry in the next few years?

Well, that’s hard to say, I don’t have a crystal ball for the future. I’m hoping that the younger biotech companies will do well and that it will become easier to move from seed financing to proper financing here in Europe. I think we struggle more in Europe than the US does in that regard. There doesn’t seem to be so much access to money when based in Europe, and the noise level is harder in the States if you’re a European-based group.

The basis of funding in Europe is the R&D tax credit system in the UK, where young companies can get money back from the government every year for investing in research and development. I’m hoping that more progressive governments will add more of these types of schemes so it’ll be easier for startup companies.

What are the main differences between biotech in Europe and the US?

There’s so much more money in the United States. In Europe, you’re probably happy if your Series A round makes 20 million Euros. In the US they’re trying to do Series A rounds of 60 to 90 million dollars. The funding and the support you get from the VC community in the United States is so much bigger, they seem to be much more willing to take risk and there’s a fundamental difference in the environment. A failure in Europe is considered bad-looking, in the US they say, “Well, try again!”

How do you think Brexit will affect the biotech industry?

It’ll affect the pharmaceutical industry very significantly depending on what happens on the regulatory front and whether the MHRA will be still considered to be part of EMA or not and whether we’re gonna have to have all of our products separately approved in the United Kingdom versus Europe.

Then there’s all the challenges around exporting drugs made in the UK, which are going to need an import certificate in Europe and all sorts of things. So we’re going to face all of these additional complexities on the regulatory front.

Then of course you’ve got the problem of the pound that’s dropped in value, so if you raised your money in pounds as Verona did around 18 months ago, the funds you’ve raised are worth less. We’re not just spending money in England, we’re spending it in the US and Europe as well. That’s probably the biggest challenge in the short term.

Looking ahead, what plans do you have for the next few years?

I’m on a series of boards, including Verona Pharma which recently IPOed on NASDAQ. We are soon to have our Phase IIb results in chronic obstructive pulmonary disease, so we’re very excited to see what they will be. I hope that we can further the development of medicine to have an impact on what’s a tough disease.

In addition I chair on a couple of very early seed financed startups, one in cancer and the other in peritoneal dialysis, and I hope that we can move these companies on to the next stage as well.

What would be the main piece of advice you would give to someone now who is starting a similar career to your own?

‘Don’t give up.’ You get a lot of ‘knocks’ in biotech, you have to be persistent and keep on trying. If you are a scientist and have invented, you have to fight hard for that, you have to find people who believe in you and create a team around yourself, and then try and find a way of enthusing investors in your ideas.

It’s a long slog, it’s a hard slog. People who go down that path, particularly if they’re scientists and inventors, need to have the guts and persistence to keep going even if things don’t always work. I think for me, an excellent example of a company that did that was Actelion. Actelion went through a whole series of waves where things were very difficult. Jean-Paul Clozel, the company’s CEO, had some products fail on him, and he kept going on believing in what he had and the success — there is a wonderful example of an entrepreneur who made his company exceedingly successful. So create a model, believe in it and have the guts to follow your instincts.