As the furor over drug pricing has driven the biopharma industry to reflect on its ethics, I sat down with David Pardoe of LifeArc to discuss the involvement of charity investors.

In August, a story emerged that Novartis CEO Joe Jimenez not only responded to a patient’s letter but met with him soon thereafter to discuss fair CAR-T pricing. For its part, Novartis has not gone into detail about how it’s planning to approach the thorny issue, but this story could be the beginning of the conversation about ethics in drug development biopharma so desperately needs.

David Pardoe, Head of Innovation and Initiatives at LifeArc, the reincarnation of MRC Technology, has been leading the effort to open a forum for it in the UK. “We need to have a grown-up conversation about how we make research investment decisions that deliver patient impact, and how do we make that sustainable in the long term,” he told me. I caught up with him about a month after ON Helix in Cambridge, where I heard him speak about LifeArc’s goal of bringing the biotech industry and charities together as part of its effort to promote socially conscious investment.

For its part, LifeArc doesn’t have a portfolio in the traditional sense. “We partner with commercial bodies when it makes sense to do so, but we don’t invest in companies at the moment. Rather, we source fundamental research projects and translate those to the position that they are derisked, and more attractive,” explained Pardoe. “Then we do a licensing deal or a future revenue share agreement between ourselves and a commercial partner.”

LifeArc has created a number of programs across a range of disease areas, notably the Dementia Consortium. It aims to organize companies to fund and progress fundamental research out of universities that isn’t yet ready to be commercialized. Partnering with the companies is a know-how strategy, said Pardoe: “It’s not so much that their money is important to us – it’s their insight into the disease.” LifeArc’s current strategy, however, pledges more direct funding to translating research. “When our seed investment fund launches in the fourth quarter, then we’ll go into investment into both academic spin-outs and SMEs,” Pardoe told me. The goal of the fund is still to support early-stage research that needs it and then organize the effort as a business rather than an academic exercise.

This time, the goal is also to make a modest return to sustain LifeArc. “We have to be conscious of the fact that we are a self-sustaining company,” said Pardoe. “We have no funding from anybody else, so the key is to make enough to do the things that wouldn’t be done otherwise. And as a charity, we can progress projects by taking out some of the research development cost and risk, so it becomes more attractive to pharma.”

So is a high reward necessarily balanced out by the high risk in biotech? “I think it depends on your business model,” Pardoe responded. “Big corporates who have shareholders to worry about look for billion-dollar drugs, but we see more and more the emergence of a philanthropic approach to drug development.”

Pardoe described the expanding presence of new organizations, some venture-backed, that are moving into comparatively small markets in the $100-500M per year range. “They’re doing it in a really pared-down fashion. That doesn’t mean they’re not doing the right science – they’re just doing what’s sufficient for regulation to demonstrate efficacy and safety and no more,” he explained. “The idea is to get it close to a registration event.”

He said that this approach is viable when the cost is offset by charitable organizations, whose investments hedge the venture capital investors against risk. “I think we’re going to see more and more of that,” said Pardoe. However, this poses a perception problem for the charities: They cannot be seen to be helping VCs make money.

Pardoe said this conundrum for charities might be solved by embedding risk-return to give the charities a share of the revenue as well. “Donors are increasingly interested in charities demonstrating impact through recognition for their work and successes, like a returning cash flow that you can reuse for further research and development of better drugs to treat your patient population,” he said. “That can’t be a bad thing.”

He explained that schemes to let charities share in the profits are already under construction. “We’re seeing charities here in the UK are writing into their terms and conditions for grant funding, reach-through clauses that enable them to see some upside if they funded the early-stage research,” he said. “It’s never going to be a ton of money, but it might be more than they get currently just by going out and rattling tins.” 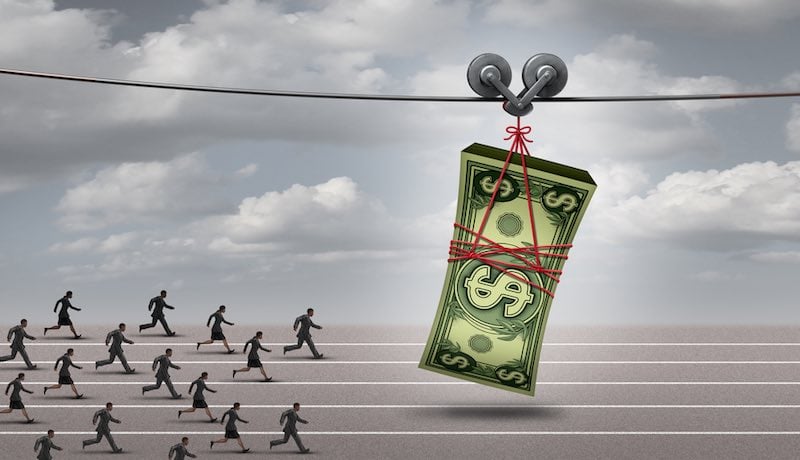 Of course, split investor interests might brew trouble for a biotech with their support. “I think there is a huge risk that charity and VC investors will have different goals,” Pardoe said. “You have to make it clear from the outset what the rules of engagement are. It’s not always going to be easy, and the key is to know what you’re going to do when it gets hard.”

This difficulty — in finding an equilibrium between profit and patient impact — is surmountable, and Pardoe said what he’d like to see most from biotech is socially aware investment. “It’s OK to make money,” he told me, “but it is, perhaps, better to ensure that where you have societal investment, society doesn’t only reap the benefits of the drug in the marketplace but also some of the financial returns.”

Pardoe says this cultural change can start with investors: “It’ll be difficult for pharma to change, but it’s less difficult for some of the investors to change. And as more philanthropic venture investors get involved, I think we will see a change in the market. That’s where I’d like to believe the future lies.”

Images from the author & via LightSpring, Lemon Tree Images / shutterstock.com