Meet the founder of three hot British biotechs developing antibody-related technologies. Despite his interest in business, he remains an academic at heart.

Sir Greg Winter is one of the biggest names in European biotech. As a Professor of Biochemistry at Cambridge University, he developed phage display technology that became the foundation of his first company in 1989. The company, Cambridge Antibody Technology (CAT), would go on to be the biggest success story in UK biotech after it discovered the blockbuster therapeutic antibody, Humira, and became part of AstraZeneca in 2006 in a £702M acquisition.

Winter left CAT in 1996 to return to the lab but soon launched another company, Domantis, to investigate the applications of domain antibodies. It was acquired by GSK in 2006 for £230M, so Winter again went back to the lab…only to start Bicycle Therapeutics in 2009, a company that recently closed a €1B deal with AstraZeneca and what Winter expects to keep him busy for the next two to four years.

Despite his interest in entrepreneurship, Winter has steadfastly remained in academia as the Master of Trinity College, Cambridge, since 2012. I caught up with him to hear about his past achievements, current projects and opinions on biotech things to come. In Part I of III below, Winter told me the story of his inspiration for Bicycle, why he stayed in academia, and his thoughts on competition and challenges in tech transfer. 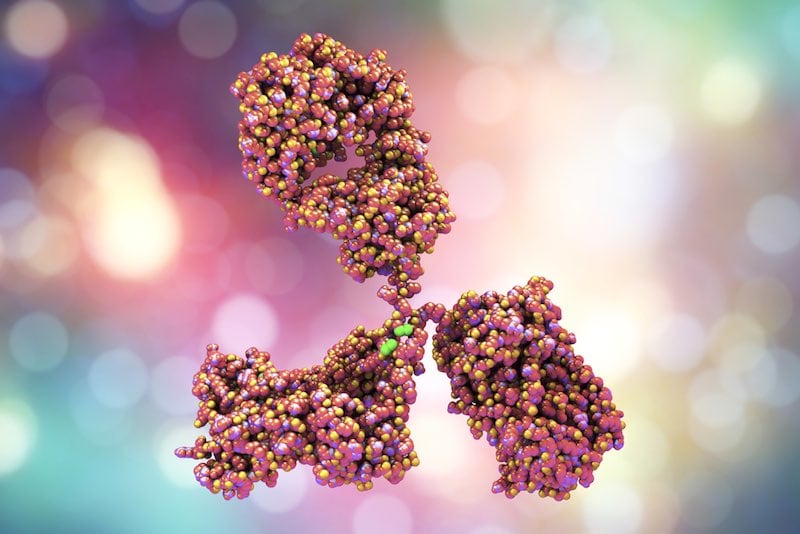 So what are you up to these days? Bicycle Therapeutics is your most recent company — how did that science come to be?

Bicycle was born from a combination of my ideas and those of one of my postdocs, Christian Heinis. We take a small chemical framework and put loops on it. It all started from my interest in protein evolution, and the possibility that sections of RNA encoding peptides got spliced together to create folded proteins.

I thought, well if that’s so, let’s see if we can simulate that by putting together segments of existing proteins and see whether they can  fold.  We created large combinatorial libraries of protein segments and developed a method for identifying those that folded using phage display and proteases. We did indeed identify some protease resistance fragments, and in some cases, we could purify them; in two cases, we were able to crystallize them. The first thing we noticed was that these proteins were multimers. Another thing was that two of them had some kind of chemical core.

One of the crystallized proteins looked like it was a gigantic donut ring stabilized by lipid in the centre. There was another we couldn’t solve by crystallography but it had some kind of heme group in the middle that helped stabilize it. So we wondered if we could link chemical groups into random peptide sequences and see if this would stabilise the polypeptide chains and form a nice mini protein nugget.

Then, in discussing it with Christian, the idea evolved to introduce multiple links instead of just one. He then came across some work done by Peter Timmerman in Holland, in which a chemical group was linked by three bonds to cysteines. Could this serve as the core for a protein nugget with two loops?

When we found we could make stable protease resistant cores with high binding affinity to the first target, the enzyme kallikrein, we wondered really whether this might have important practical implications and whether to spin out a company. So we filed a patent and looked into setting up Bicycle Therapeutics. Even though Christian was returning to Switzerland where he had been offered a tenure track position, we nevertheless agreed that we would try to do this together, and we both have a stake in the company. 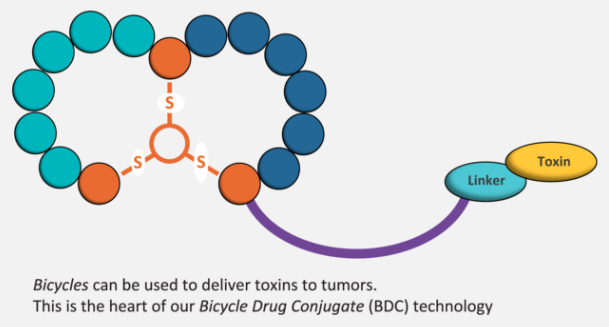 And Bicycle now takes an approach similar to ADCs, which use antibodies as the targeting mechanism for toxins. How did you become interested in this application?

I’d actually always been very keen to attach toxins, but this was in 2010 and the board had been very uneasy about it: at that stage there wasn’t quite the kind of ADC fever that later developed. But I was connected to the antibody world, and could see the developing interest in ADCs. I also thought that bicycles would have the advantage if getting the toxins deep into tissues.

But it took quite a while for the board to come around to that conclusion. The first move in this direction came from our former CEO Rolf Guenther. He was more interested in attaching radioactive isotopes, but it became clear that it would be too complicated for a first product.  So we decided to go to toxins, but that doesn’t mean we will never  return to radioactive isotopes. For now, we’re using the bicycle as the targeting entity for a variety of toxins. .

Bicycle’s technology seems be unique as a sort of next-generation ADC. Who would you consider your competitors?

As far as I can tell, I’m not aware of any other companies with a peptide platform that are proposing to target  toxins. Some like Peptidream are developing  heavily chemically modified peptides that could presumably target the appropriate receptors, and I would assume some companies like Ra Pharma, also using display technologies should be able to do this.

But as far as I can see, they’re not but I haven’t looked at their websites recently. They seemed to be taking a different approach using naked chemically modified peptides rather than toxin conjugates.

It would be worrying to get competition, but on the other hand, there is a level of reassurance that comes with it – means that someone else thinks it’s a good idea! So even though competition is annoying, it is usually for the good. It forces you to focus on what it is you’re doing and not to get lazy. 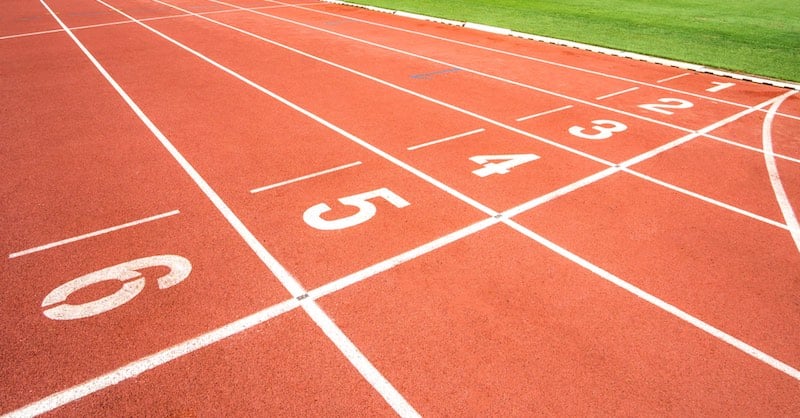 Why did you stay in academia?

I’m basically an academic but with the curiosity to see my ideas through to completion.  I’m not the kind of person who is much interested in picking up up somebody else’s idea. As an academic I am supposed to  come up with new ideas, and quite often I land on them via rather circuitous routes. With Bicycle, I started with the idea to make mini proteins, initially to understand how proteins might have evolved. Then we began to realize, there’s something practical here that we can use, so we’d better do it.

When I have a new idea, what should I do? Should I just publish it and stop? Then probably nothing would  happen –  if you want to make a difference to patients, which I do, there’s often no one but you to drive  it forward.

So that’s why I founded each of the companies I’ve been involved in. With Cambridge Antibody Technology, there wasn’t much interest in antibodies in the early 90s, but we had the idea of developing some completely novel technology where we could make billions of antibodies and fish out the ones we wanted. But having had the idea, and shown it is possible in a model system, we felt duty-bound to take it further and make something useful. 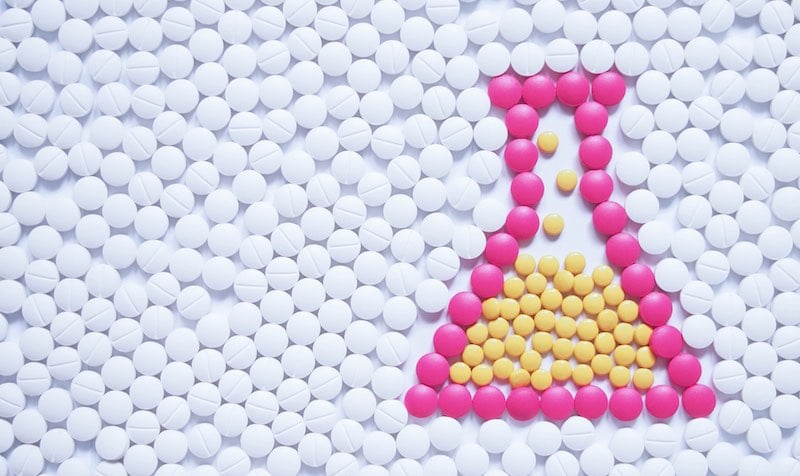 What do you think is the main bottleneck in translating academic science to industry?

I don’t know that there’s one bottleneck, there are a lot of hurdles. Clearly you’ve got to have an idea that’s translatable, and sometimes it may not be translatable in the form of which you first have it. Then there may be a hurdle in having the intellectual property in place and another when it comes to formulating a business plan. A further hurdle is whether the academic has the drive to set up and build a company.

Many people have good ideas but it takes an awful lot of time and commitment to set up and build a company. At Cambridge Antibody Technology, I was working seven days a week for pretty much seven years, and you have to take all sorts of sacrifices for that.

That was really hard, and I never want to do that again. David Chiswell was also working incredibly hard as well to get the company going… For some people, it would have been too much. But I believe that when you start something, you should finish it. You may have to work extremely hard, and you’ll have to  overcome all kinds of hurdles and disappointments.

In the UK, the biggest challenge is getting good management in early, which is less difficult in the US. It’s getting better now, but very early on, we just had to run with it as best as we could. In the case of Domantis, we set up a US office in Boston where the CEO was based.

I never went out there, but it gave us some kind of US credibility. US investors aren’t terribly keen on investing in European companies: it’s much more convenient if they can invest from the US, whether West Coast or East Coast. For the same reason, we set up a Boston office for Bicycle as well, and Kevin Lee (our CEO) who lives in the UK had already  been based there for a number of years.

So I think that from a UK perspective, the main difficulty is having the right ecosystem for a company to take off.

Editor’s Note: An earlier title may have incorrectly made it appear that Greg Winter was the sole discoverer of Humira. Rather, it was the team at his company that deserves the credit.