Biotech entrepreneur Hervé Affagard, CEO of MaaT Pharma, tells the story behind the success of his young microbiome company.

Hervé Affagard is the CEO and co-founder of a company with an ambitious goal: become the global leader in treating the gut microbiota. Founded in 2014 and based in Lyon, MaaT pharma wants to employ fecal transplants to treat conditions ranging from infections to cancer.

There’s growing evidence that the microorganisms living in our gut play an important role in our health. Plenty of biotech companies, including 4D Pharma, Enterome and Eligo Biosciences, are trying to exploit that link to develop therapies for a wide range of diseases. The French VC Seventure Partners sees promise in the field and has created the world’s first microbiome investment fund.

We talked with Affagard to find out what makes MaaT Pharma unique and how the young company plans to make it to the top.

What does MaaT Pharma do, exactly?

The technology we use is called microbiota transfer. It returns the original microbial ecosystem to patients that have received intensive drug treatments like chemotherapy or antibiotics, which change their gut microbiota.“

The main focus of MaaT Pharma is treating dysbiosis. This term refers to an imbalance in the microbes living in our gut, which can severely affect the health of a patient. “By restoring the gut microbiota, we restore the dialog between the immune system and the microbiota, as well as its metabolic functions.” What differentiates the French biotech from others is that the transplant is autologous. “For example, patients suffering from leukemia are treated with chemo and antibiotics, and we’ll collect the microbiota before the treatment and will return it afterward. That’s gonna be their own microbiota.“

In fact, the company is the only microbiome biotech focusing on leukemia by using autologous microbiota transfer. MaaT is already treating patients with acute myeloid leukemia in a Phase I/II trial started in June 2016. A second study is looking at patients with bone and joint infections. 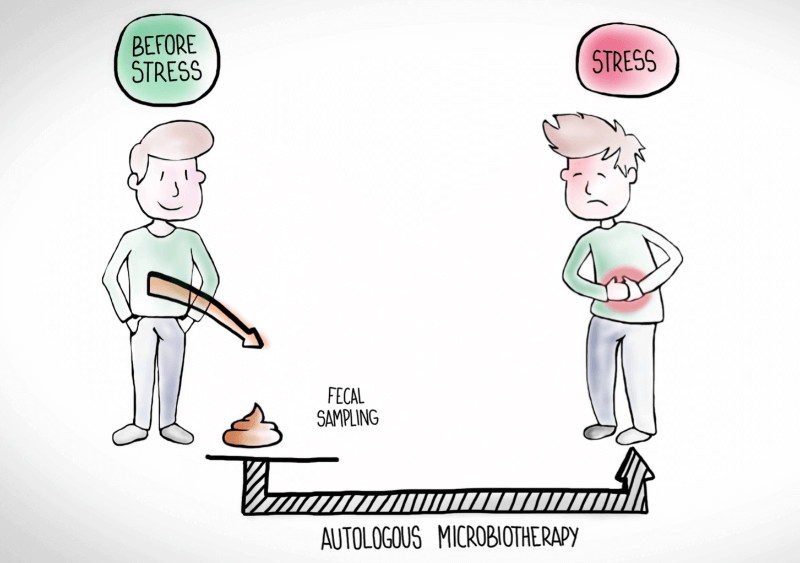 What are the challenges?

As of today, there’s no detailed description of the mechanism of action. We’re using sequencing and bioinformatics to understand it better.“

Basically, scientists know that a healthy microbiome has beneficial health effects, but not what specific elements make the microbiota be healthy. Understanding the details might help MaaT create better treatments for a wide range of conditions. To do so, the company is partnered with top researchers in academia. “We are working with several organizations; INRA, the Gustave Roussy Institute and Bioaster.”

MaaT is collaborating with Dusko Ehrlich at the INRA, Europe’s top agricultural research institute, MaaT “created a new cryoprotectant method to preserve the bacteria that makes it possible to rebuild 80% of the original ecosystem at the gene level. In November 2016 we opened had the first European GMP platform procedure for microbiota transfer.” 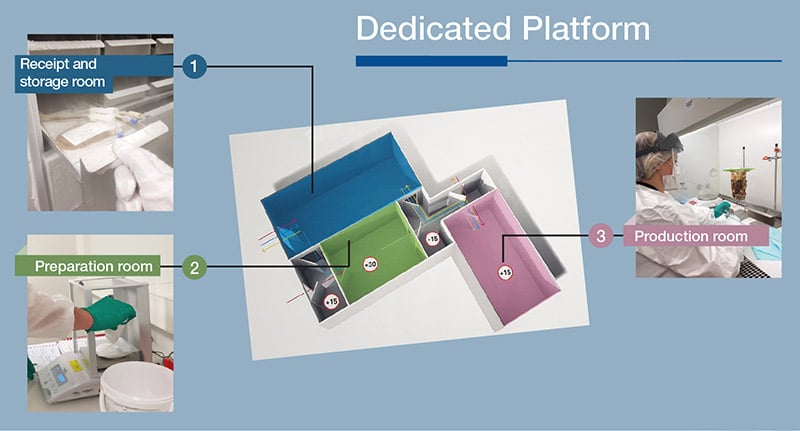 “When it comes to oncology, we’re working with the Institut Gustave Roussy, the biggest cancer institute in Europe. The project is co-financed by the French government and managed directly by Laurence Zitvogel.” Her research has demonstrated that certain microbial species can have antitumoral effects and improve the efficacy of immunotherapy. “This is at a very early stage but is still part of our pipeline. It’s something we will be developing for the next five years.”

The company seems to work well with academics. “We have a clear distinction between what the scientists are good at and what we’re good at, at MaaT Pharma. We do clinical development, taking product ideas from academics. We challenge them on their own science. They see us as a facilitator to bring to the market what they’ve worked on during 20 years. I think that’s part of the recipe for success, we’re always throwing something new at them when we collaborate.“

How did it all begin?

Back in 2013, I had to quit my job and I wanted to challenge myself. Pierre Belichard had the idea to do a project around the microbiome. I found it very interesting as an entrepreneurial adventure but also from a personal perspective, because my family has a history of intestinal disorders. For me, it meant giving a rational explanation to what people suffer from.”

The beginnings were not glamorous at all. “I worked for a year on the project by myself. I was literally working from my bedroom until, after a year, we were able to present a project proposal, including regulatory plans, business model and financing. I did not have an office until March 2015.”

Now, the company is in a great position. It’s raised €16M in 18 months from private investors and the French government. Affagard’s advice for entrepreneurs is: “do not ask too many questions to yourself. Be certain, look forward, find the right people to work with and just make things happen. We were successful in raising money and selling the story to our investors because we’re all convinced of what we’re doing. “ 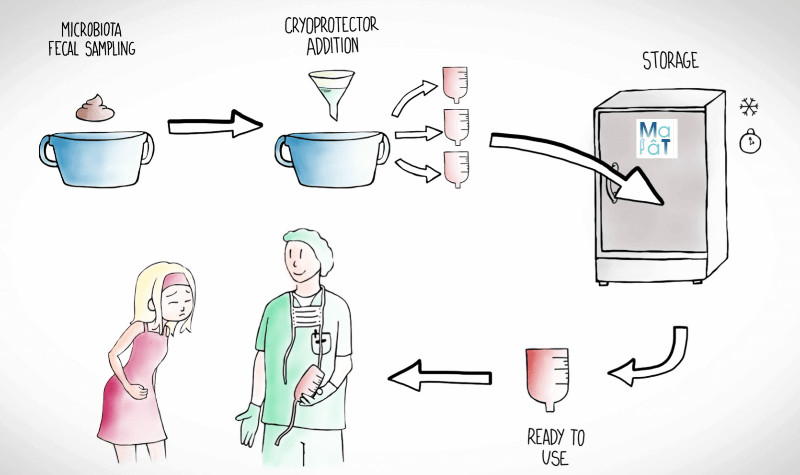 We aim to expand both geographically and in terms of products. We want to be the worldwide leader in microbiota for many kinds of disease.”

In addition to the ongoing oncology project, Affagard sees potential in other conditions, such as autism. “We’re also looking at reducing the levels of pathogens and resistant bacteria, such as Clostridium difficile.” The possibilities seem unlimited given the great influence the gut microbiota has on many aspects of our health.

Thanks to Hervé Affagard for sharing his story with us. We’ll definitely be hearing more about the progress of MaaT Pharma’s technology soon.

All images from MaaT Pharma