Oxford Genetics founder and CEO Ryan Cawood told me about his company’s improvements to DNA design for better biologicals.

Last month at Synbiobeta, I caught up with Ryan Cawood, who created one of the most successful synthetic biology companies around, Oxford Genetics. “Our direction actually took off from this conference,” he told me. “We saw that the cost of DNA synthesis is going to be driven down, so this was not a market for us to compete in.”

Instead of focusing on making DNA engineering cheaper, Cawood decided to explore how to improve the quality of its products. Specific inspiration came in the form of frustration as he was trying to finish his PhD in genetics at Oxford University…

What problem inspired you to start Oxford Genetics?

I was making gene therapy plasmids, and they were increasingly hard to test because we just couldn’t make them. They were 50 to 100 kilobases for different viruses with no standardization — one section came from Spain, one section from the US, and one from the back of the freezer…it was a sort of genetic car crash, as my PI, Len Seymour, called it.

As a company, we set out to improve this by focusing on DNA design — we now help other companies working on therapeutics develop them better with SnapFast, a lego-like core DNA system. So how did you actually get the company started?

In 2011, I formed the company by taking out a bank loan. Then I negotiated a lab bench from a local company in return for gene engineering for them. Finally, I built a website. I’ve since obtained seven grants and connected with solid investors. Mercia Technologies has invested three times now — the first time was in 2013 — and on this next round, someone else will probably come in as well.

Len, my former lab PI, is still on the board as one of the co-founders. He was actually involved in founding two biotech companies beforehand, one for oncolytic viruses (PsiOxus Therapeutics) and one for protein expression (The Native Antigen Company).

It does seem like synbio as a field wants to focus on the journey rather than the destination. Where would you like to see the field go?

Well, our trajectory and plan were to build better DNA tech for the design and synthesis to discover and manufacture biologicals better. Fundamentally, you’re always trying to build a tool to develop these better.

What I’d like to see from the field is a major advancement of human therapeutics. There are four major challenges in biological development that we’re working to address: discovery, design, production and delivery — basically every step.

We think Snapfast DNA will improve all of them because DNA is an integral part of each. So, we can absolutely use synbio to improve cell and gene therapies and biologics.

People who work in the area think of synbio as making things in algae, or making new genetic circuits etc, but don’t necessarily see consequences for human health. The field has a huge role to play in tying the genetics of an individual human to a therapeutic treatment based on DNA. At the moment, there is no such pairing — we’re a long way from that, but with synbio we’ll get there. 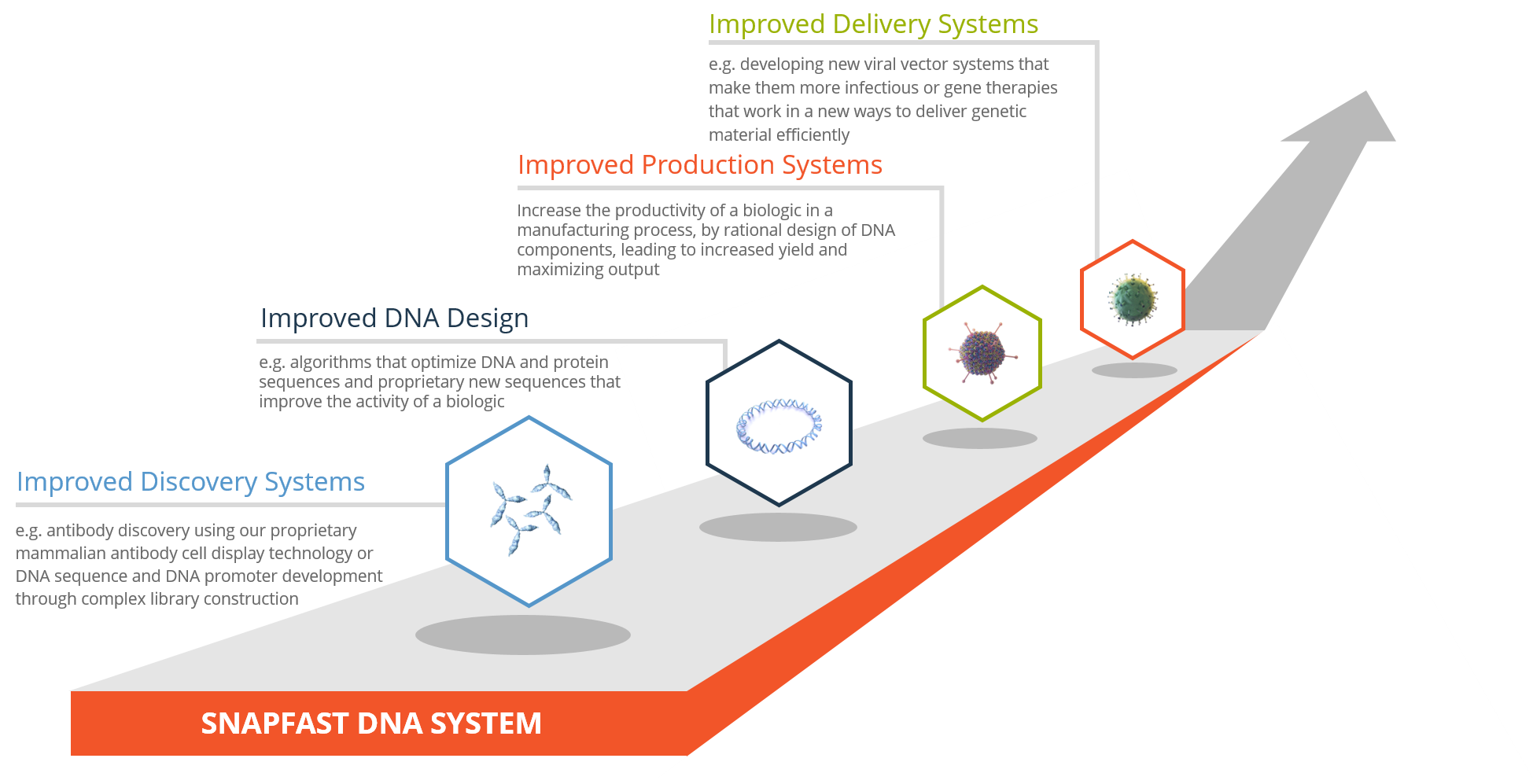 Could you comment on the government’s pursuit of general population health instead of the personalized treatments you brought up?

We take a sort of blunt hammer approach now: it’s very inefficient therapeutically, and it’s a very inefficient use of government funds. By funding a better understanding of people, you’ll see significant gains in treatment efficiencies.

The current approach is far too retrospective at the moment: we give a drug and then try to figure out why it worked in some people afterwards, or we just carry on giving it everyone knowing only a few people will benefit, in the future I hope we can predict efficacy and act upon that calculation.

I’m still very much motivated by the therapeutic side of synthetic biology. Not everyone working at the company has a background in human genetics — some come from working on archaea, but they all are oriented towards working towards therapeutics. Even my PA has a first class degree in genetics.

DNA foundries are all the rage in synbio now, but we were much more interested in biology than physical manufacture — that is, we’re much more focused on end goal versus how you get there. This thinking has changed the company a lot: instead of just making things, we’re designing things.