I interviewed three of the leaders of Spain’s biotech ecosystem: they all agree that the country is at an inflection point for growth and international recognition.

This all started when I realized there’s usually far less biotech news coming our way from my home country, Spain, than from the UK, France or Germany. I decided to dig in to understand why, so I talked with the leaders from three key players in the Spanish biotech ecosystem. Sanifit, in Mallorca, is the biotech with the highest funding round in the country so far. Ysios Capital, in Barcelona, is the biggest biotech VC in Spain, while PharmaMar, in Madrid, is currently the largest public biotech there.

When I asked them about the current situation of biotech in Spain, they all agreed that the country is right now at an inflection point and could soon reach the level of other well-established European countries. Their companies have managed to succeed despite the difficulties that the field has faced in Spain in past years and they are now leading the development of a rapidly growing industry. Here’s the story of how they made it to the top and their vision of the Spanish biotech ecosystem’s biggest challenges and bright future. 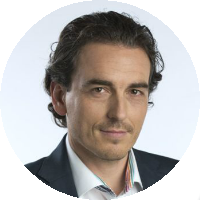 Sanifit made headlines back in 2015 when it raised €36.6M in Series C. “It’s still the largest round ever for biotech in Spain,” says Joan Perelló, CEO and co-founder of Sanifit. Forbion Capital Partners, the biggest VC in the Netherlands, and Edmond de Rothschild, second largest in France, took part in the round.

Perelló is optimistic about the prospects of biotech in Spain. “In 2016, the fundraisings, exits, partnerships and licensing agreements that have happened in Spain’s biotech are comparable to what’s happening in the rest of Europe. I think things started changing 2 or 3 years ago, but because the seed was put 8 to 10 years ago.”

That was back when Sanifit was beginning its journey as a pioneering biotech. “We started Sanifit as a university spin-off more than 10 years ago to develop solutions for calcification-related disorders,” he elaborates. These disorders consist in the accumulation of calcium in the heart and blood vessels, making them stiff and increasing cardiovascular risks. “We basically manage calcium in the body. We want it to go where it should go, which is to the bones and teeth.”

“Our lead compound is SNF472, which I and the other co-founder started developing together during our PhD,” comments the successful entrepreneur. The drug candidate, which entered Phase II last November to treat calciphylaxis in dialysis patients, is both a first-in-class and first-in-indication compound. Its unique mechanism of action, targeting an inorganic compound, is one of the key aspects that attracted investors to the company.

Talking with Joan Perelló, I discovered that one of the reasons Spain’s biotech fundraisings tend to be low is the lack of international investors. But this situation is changing. “We feel very proud of the round we closed because all the international investors that we convinced were first-time investors in Spain. Now we know that some of them have had second investments in Spain, and are considering third investments.”

Sanifit has paved the way for foreign investors to be aware of the opportunities in this country, and there’s a key player making this transition possible.  “Our lead investor was Ysios Capital,” says Perelló. “If you are a biotech in Spain looking for international investors, everyone wants to know Ysios opinion.” I decided to talk with the person behind this influential VC to learn more. 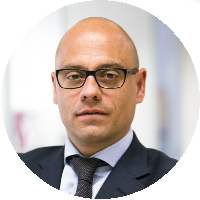 “I have seen a significant trend upwards [in the biotech sector] since 2015 and I think this will be a year of consolidation,” explains Joël Jean-Mairet, MP and co-founder of Ysios Capital.

His VC is strategically located to lead this consolidation. “Barcelona is starting to be a very important hub within Europe,” he affirms. “The ingredients are here, we have a strong pharma industry, we have top business schools, we have entrepreneurship, we have top hospitals… One of the missing pieces is the lack of capital.” Jean-Mairet also highlights Madrid, Pamplona, Valencia and Andalucía as key regions for the country’s biotech ecosystem.

Ysios has funded key biotechs in Spain, including Sanifit, Minoryx Therapeutics, Aelix and STAT-Diagnostica, as well as Cellerix, which is now part of the Belgian company TiGenix. The VC has now €200M under management, but the beginnings were hard.

“We started our first fund in Spain back in 2008. We ultimately succeeded to raise €69M and it was difficult. In fact, we had the final closing three weeks before the credit crisis. If it would have been later, perhaps we wouldn’t even exist,” confesses Jean-Mairet.

“The financial crisis was much harder in Spain than in other countries,” agrees Joan Perelló. Both leaders agree that the country is now starting to recover, and the biotech sector reached an inflection point around 2 years ago.

When I asked Jean-Mairet what it is that Spain needs to attract capital, he confidently answered, “The one missing element is a success story, a big flashy transaction to continue encouraging investors and put Spain on the map from a divestment perspective as well.” So I turned to one of the most successful biotechs in the country to get a deeper insight. 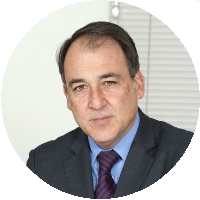 “PharmaMar was founded in 1986. At this time, you can imagine the biotech sector in Spain was not big. It was not known by the public or even by the authorities,” says Luis Mora, MD of the Oncology Business Unit at PharmaMar.

“We were the first company in Spain to launch a Phase I trial, back in 2001,” he remarks. Today, this pioneering company is Spain’s biggest biotech, listed on the Madrid Stock Exchange with a market cap over €600M.

Luis Mora also blames the financial crisis of 2008 for the slow growth of biotech in past years. “Funding for biotech, pharma and universities was dramatically reduced during the crisis. We’re now starting to recover, little by little.” I asked how PharmaMar managed to come out on top despite the challenges the country has faced. “Three factors,” he answers. “Products, finance and team.”

The science behind PharmaMar’s products draws from nature. “We search compounds for cancer in the sea,” clarifies Mora. “We reproduce in the lab what nature offers us.” The company’s lead drug, Yondelis, originally comes from the sea squirt Ecteinascidia turbinata. “It was the first Spanish drug approved by the EU through a centralized procedure,” he adds.

In terms of finance, PharmaMar was lucky enough to count with a strong partner. “Until 2015, the company was included in the Zeltia group, which provided the money to finance the activity of drug discovery.” Regarding the third factor, Mora explains, “We have a strong team with 18 different nationalities that covers all areas, as well as many agreements around the world that provide us with their know-how.”

A Bright Future Ahead

The three leaders I interviewed agreed that Spain is starting to overcome the challenges of the past and getting level with other European countries. Their companies are already planning the next steps to continue growing and setting an example for all the others in this emerging sector.

“Right now, we’re at the stage of fully establishing the company. Last year, Sanifit opened a subsidiary in the US,” says Joan Perelló. “We will be fundraising again, probably at the end of the year, to bring SNF472 to the doors of the market.”

For its part, Ysios will keep the cash flowing. “We hope to be announcing an additional round of financing in the coming months in Spain,” comments Joël Jean-Mairet.

PharmaMar, which recently joined the promising immuno-oncology field of antibody-drug conjugates, could soon be taking a big step forward for the industry. “The company has decided to move to the Nasdaq in the future,” Luis Mora revealed. Sanifit recently announced similar plans in the press, making both good candidates to be the first Spanish biotech to be listed on the US stock market.

With respect to the overall situation, all are optimistic. “The industry matured slower, but we’ve reached an inflection point,” assures Jean-Mairet. “We’re gaining visibility,” affirms Perelló, while Mora adds, “Our activity is important for the Spanish biotech sector, because other companies can follow these steps.”

I was extremely proud to hear such hopeful messages from some of the top leaders of the biotech sector in my home country. It seems clear that we’ll start hearing more and more about Spain’s biotech in coming years.