Last year was a bad year for biotech as an industry, but it was particularly bad for uniQure. Here’s what its CMO has to say about the company’s recovery.

After giving the world its first gene therapy, uniQure has hit a series of rough patches since it rose to stardom as one of biotech’s success stories. The groundbreaking LDLP treatment, Glybera, ended up costing €1.1M a pop, a price so high it contributed to the drug’s commercial flop. Then two CEO’s jumped ship within a year of each other; the latest interim CEO, Matt Kapusta, will now officially take over the position to pick up where Daniel Soland left off. Reflecting the management and product troubles, uniQure’s stock is now at its lowest point since the company went for an IPO in February 2014.

But despite its downward spiral, uniQure soldiers on. We talked to CMO Christian Meyer about how the company plans to pull out of it with programs in Huntington’s Disease and Hemophilia. 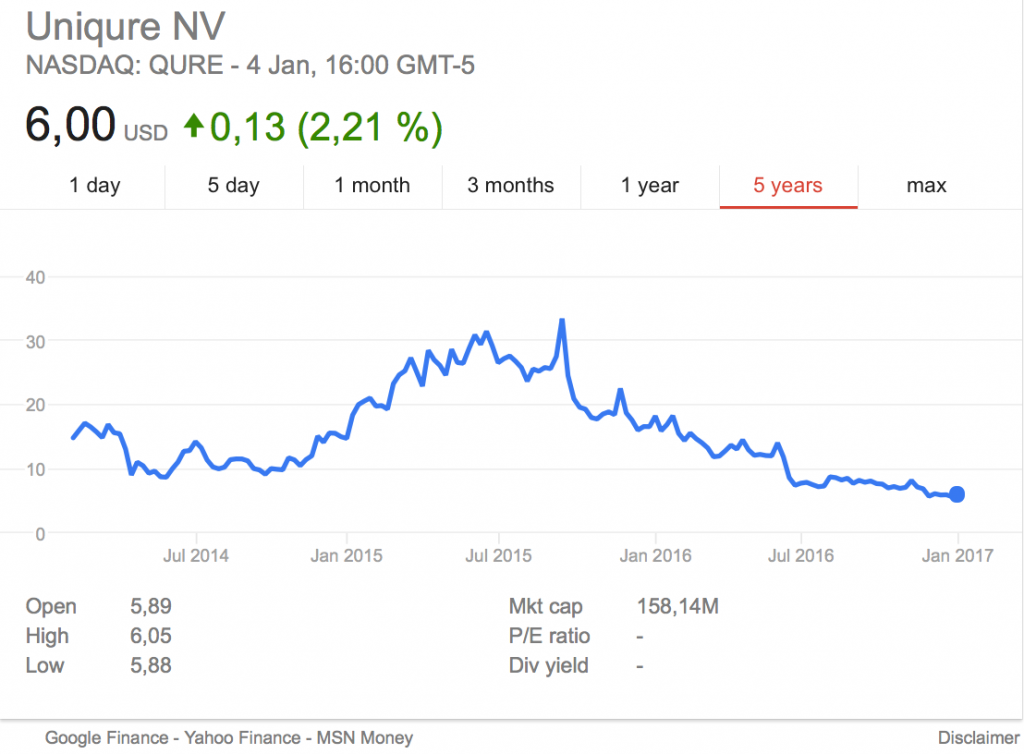 Could you explain the recent restructuring in more detail?

The outcome of our strategic review is to consolidate manufacturing capabilities in the US and refocus our pipeline on our lead pre-clinical programs, hemophilia B and Huntington’s disease, in order to support them optimally.

We’re also continuing to mature and support our collaboration with BMS on the heart failure program to improve our efficiency and move our programs forward. As we continue to demonstrate the efficacy and the safety of AMT-060, we believe the investment market will soon begin to see its potential to transform the lives of hemophilia B patients.

How do you choose your programs? 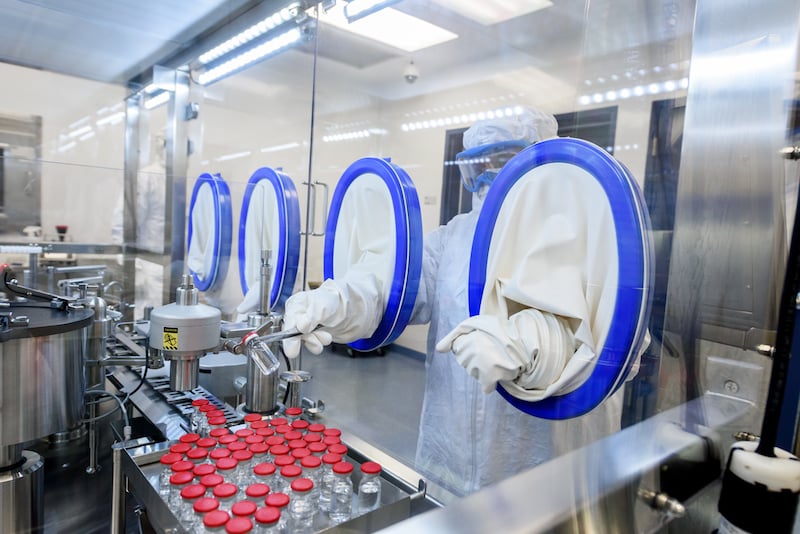 The next step is to leverage this success with our validated platform. As an illustration, we’re using the collective experience and the ability to cross-reference the data from different programs to support a more high-risk program for Huntington’s that has a significant upside, given the larger patient population.

Hemophilia is one such area: we have combined elements from the platform to move quickly forward to reach the pivotal stage. The first element is the vector that we have already used and validated in clinical trials as a low-risk technology. Secondly, we have licensed a gene cassette that has demonstrated clinical efficacy for up to 6 years now. We’re generating supporting data to show that it is a low-risk program.

Thirdly, we have the manufacturing capability to reach the pivotal stage and commercialize the product as we did with Glybera. We are currently the only company in the lead with our manufacturing technology that can robustly scale up to supply a product to large patient populations. It all comes back to this level of technology that puts us in the lead.

Delivery vectors have had some toxic effects, as Spark Therapeutics has observed. How is yours better?

Our vector, AAV5, has significantly differentiated itself from AAV8, which has been used in almost all other clinical studies with hemophilia. AAV5 is characterized by a low prevalence of preexisting antibodies against the vector and very low neutralizing activity. 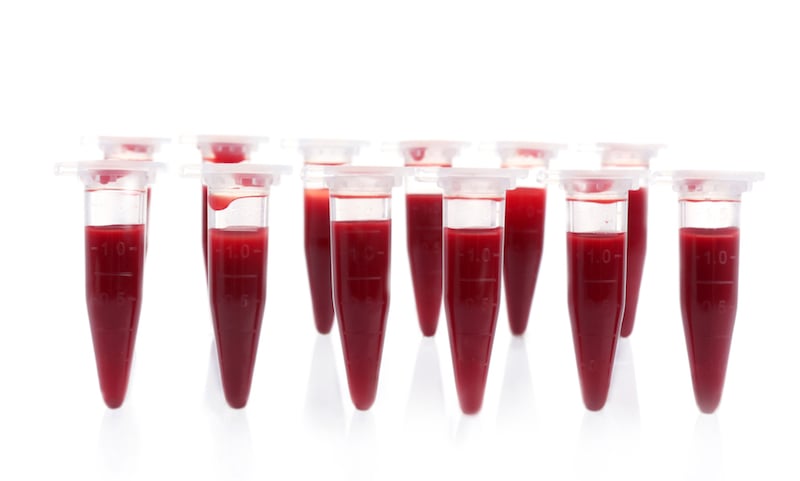 This feature makes it amenable to a larger number of patients, whereas Spark’s AAV8-based program was limited to 60% of the patient population and increased neutralization of the vector and toxicity. We don’t see that same concern in our program, since AAV5 is produced in a cell platform that mitigates a T-cell response and loss of expression.

Do you think cell therapy might be an alternative delivery system?

Cell therapy has a significant challenge to differentiate on the production challenges . We have so far not seen any evidence of serious threat to our robust technology.

Thanks again to Christian for taking the time to speak with us! Stay tuned for updates from uniQure this week as they present at JP Morgan.