Andreas Greiner explores the world of living beings we never pay attention to, inviting visitors to reflect on the anthropocentric culture from Western countries.

When you enter Andreas Greiner‘s exhibition at the Berlinische Galerie, a giant skeleton of what looks like a dinosaur looms 7 meters tall. A closer inspection reveals that the giant ‘Monument for the 308‘ piece is actually a 3D printed version of a broiler chicken.

The skeleton is a replica from that of a real chicken born in a chicken fattening plant northeast of Berlin. Back in 2015, Greiner bought the chicken, named Heinrich, and kept it as a living sculpture. Now, the massive skeleton draws our attention towards a living being that usually doesn’t. 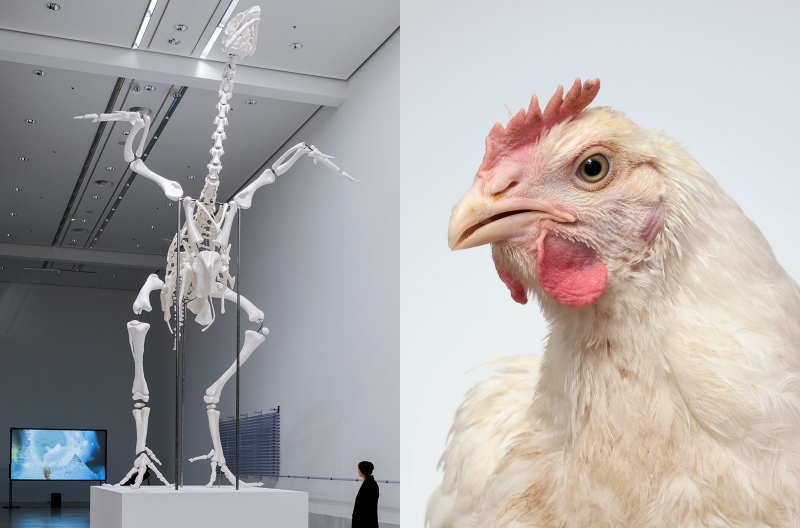 “We create these animals for the sole purpose of our eating habits, this is a species, which would not exist like this were it not for humans intervention into their breeding behavior and anatomy. Heinrich is a metaphor, he represents our contemporary age in which humans are the driving creative and destructive force on planet earth. If dinosaurs are a relic from the Mesozoic Era, broiler chicken would be a monument of now,” the artist said in an interview.

Another of Greiner’s pieces currently in exhibition in Berlin draws attention to the rare Hotaru Ika squid (Watasenia scintillans). For ‘Studies of an alien skin‘, the artist composed tunes played by a piano and synthesizers, based on recordings from the animal, that sync with the glowing pulses of its bioluminescent skin. 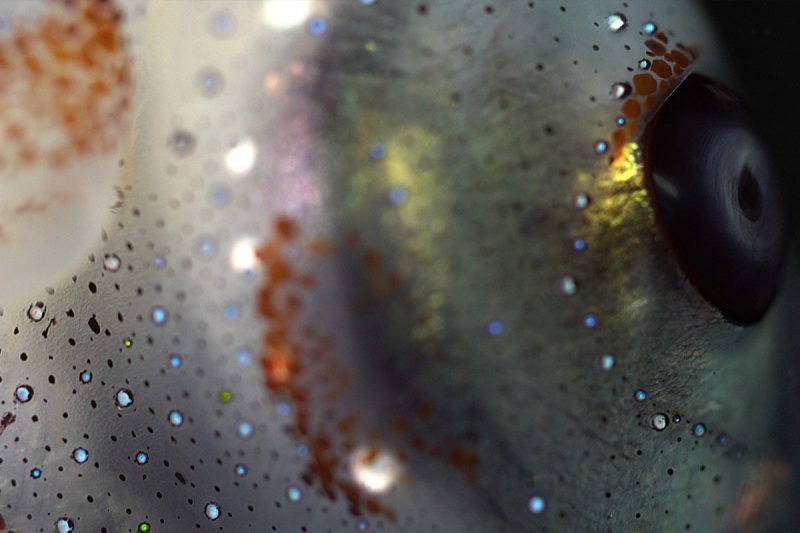 Greiner’s third piece of work at the exhibition reflects his predilection for microscopic organisms. Though unseen, they colonize the world and are essential to the ecosystem. Through electron microscopy pictures, ‘Study (Portrait) of the Singularity of the Animal‘ shows algae as individuals with unique characteristics each.

Previous works from the artist exploring the complex microscopic world also include ‘From strings to dinosaurs‘, which consisted of a Pyrocistis fusiformis algae culture that responds to live music with bioluminescent pulses that increase in intensity as the piece advances. 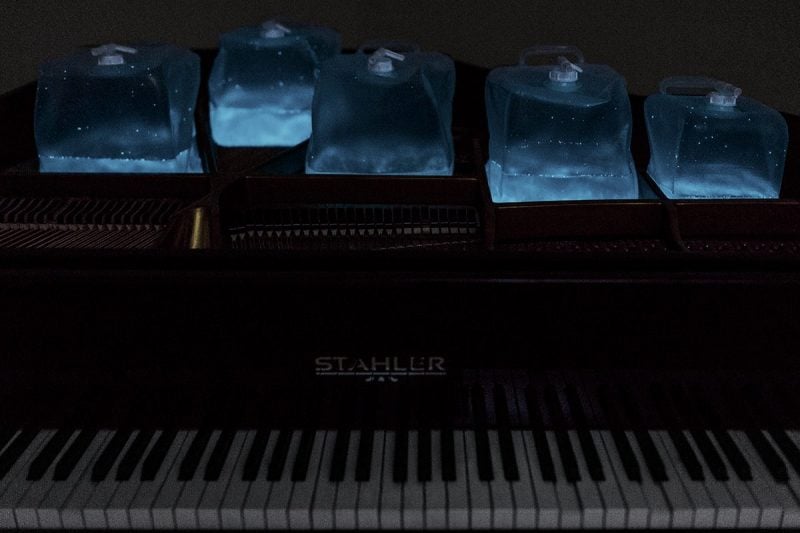 Andreas Greiner is definitely a prolific artist. He’s managed to fill the Berlin University of the Arts with 250,000 flies, create bacterial maps of Germany and Switzerland and reverse Mondrian’s famous compositions with microbes. To check out his most recent pieces, his exhibition at the Berlinische Galerie will be on view through the 6th of February.

All image credits to Andreas Greiner