Evelina Domnitch and Dmitry Gelfand explore the origin of life by creating protocell bioluminescence that evokes the early forms of life on Earth.

The origin of life is still a bit of a mystery. Scientists have narrowed it down to a series of processes that must have occurred billions of years ago for life to become what it is today, but so far we have not been able to replicate it at all.

Having determined that life must have evolved from a common ancestor, Darwin made some first speculations in a letter to British botanist Joseph Dalton Hooker in 1871. He wrote, “But if (& oh what a big if) we could conceive in some warm little pond with all sorts of ammonia & phosphoric salts,—light, heat, electricity &c present, that a protein compound was chemically formed, ready to undergo still more complex changes…”

This idea of a “warm little pond,” or primordial soup, was extensively explored by Alexander Oparin 50 years later. Oparin determined that heat, water, and the presence of certain chemicals might have been the key for the appearance of some self-organizing molecules. Eventually, they would have developed mechanisms to replicate themselves, which is the basis of what we understand today as life. 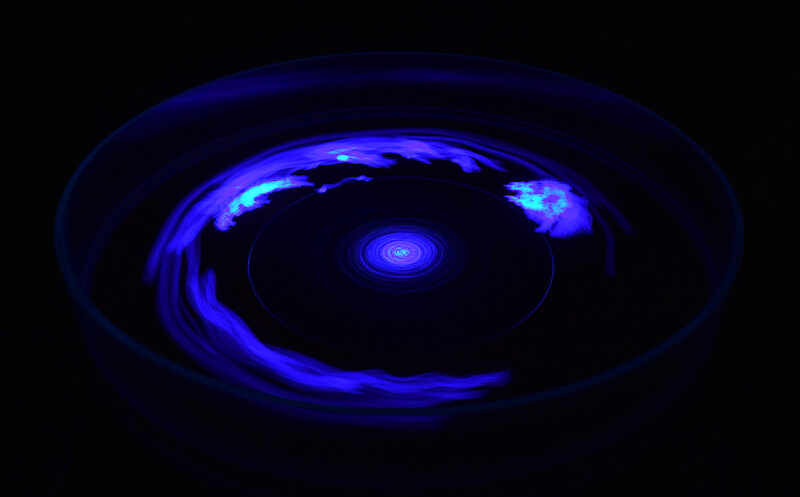 Scientists have kept refining this theory and the list of ingredients required to create life from scratch, but so far it remains a theoretical practice. Which highlights how much is still unknown about life itself.

Artists Evelina Domnitch and Dmitry Gelfand explore the complexity of the origins of life by showcasing one of the key processes to have contributed to early evolution: the appearance of phytoplankton able to use sunlight to metabolize atmospheric gases into organic molecules. To recreate these life ancestors, the artists undertook a thorough research process to create protocells that imitate what it’s thought this early phytoplankton may have looked like.

A protocell is basically a structure composed of complex molecules surrounded by a lipidic membrane. One of the steps that are considered key to life as we know it is the development of a membrane that separated the early biological molecules from the disorganized, lifeless environment around them. There are debates on whether the biological molecules or the membrane appeared first, but it seems clear that at some point the presence of such a membrane must have helped cells achieve high levels of organization within it. 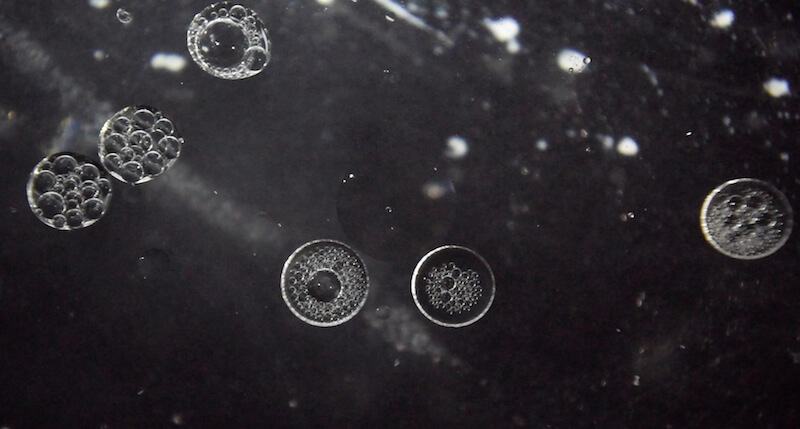 Inside these oil membranes, Domnitch and Gelfand encapsulated molecules that create bioluminescence. This process of creating light from residual photosynthesis energy is characteristic of today’s phytoplankton, but it is unknown the exact reason why it evolved.

On Earth, some bioluminescence events can be seen from outer space. On a planet where early life was evolving, these events might have been massive. The artists recreated them by placing the proto-organisms into a rotating water bath that followed the whirling climate patterns of a hypothetical planet inspired by the hexagonal weather dynamics Saturn’s north pole.

There is still so much we don’t know about how life started. But it’s definitely fascinating to imagine how our planet might have looked like before life, as well as thinking of the multiple, tiny steps that have made it possible for us to be here. 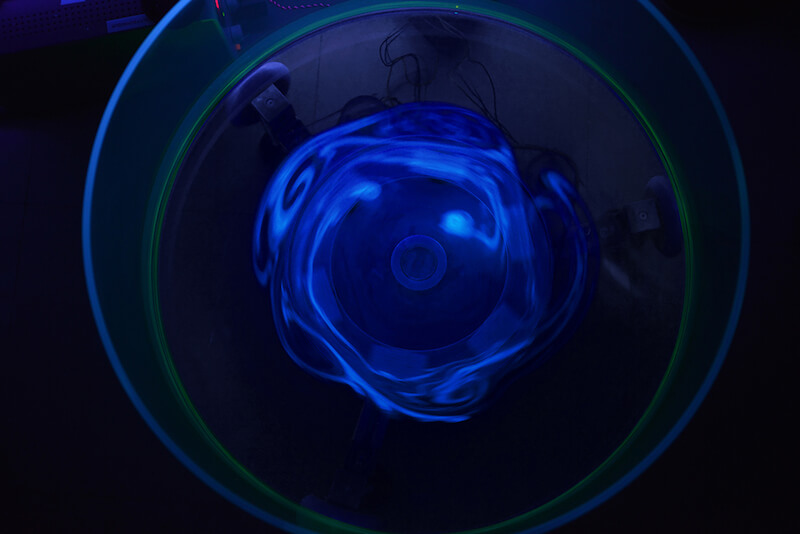 All visual materials via Evelina Domnitch and Dmitry Gelfand