Philippe Parreno’s Anywhen, occupying the vast hall at Tate Modern, evolves over time in response to the control of tiny living beings.

When you enter Tate Modern‘s vast Turbine Hall, you might see lights turning off and on and hear noises coming and going. Without an apparent pattern, sounds and light evolve while families take a blanket and sit to watch a film, while others play with one of the many fish-shaped balloons in the huge space. 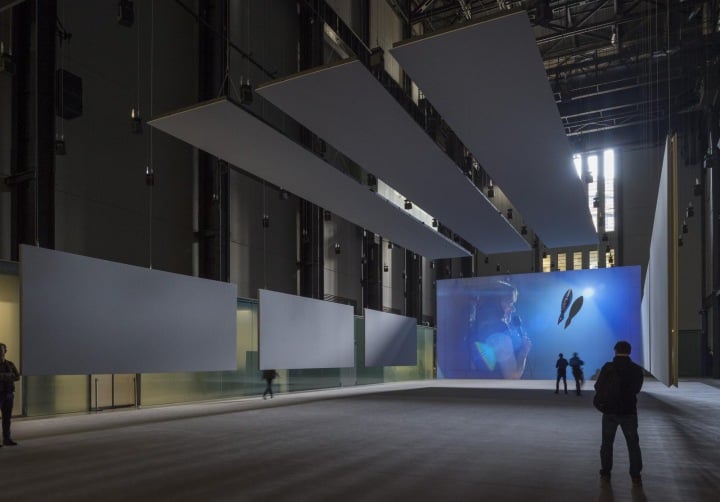 But if you walk past the many screens hanging from the ceiling, there’s a little room at the end of the hall. From there, microscopic organisms orchestrate the seemingly random movements, sounds and lights of the whole hall.

In a bioreactor placed in this tiny room, yeast grow. A weather station on the building’s roof collects information on wind speed, temperature and light outside, which is employed to control the feeding of the yeast. In turn, the food the microbes receive alters their movement patterns, which are measured and used by computer software to control all the events going on at the hall. 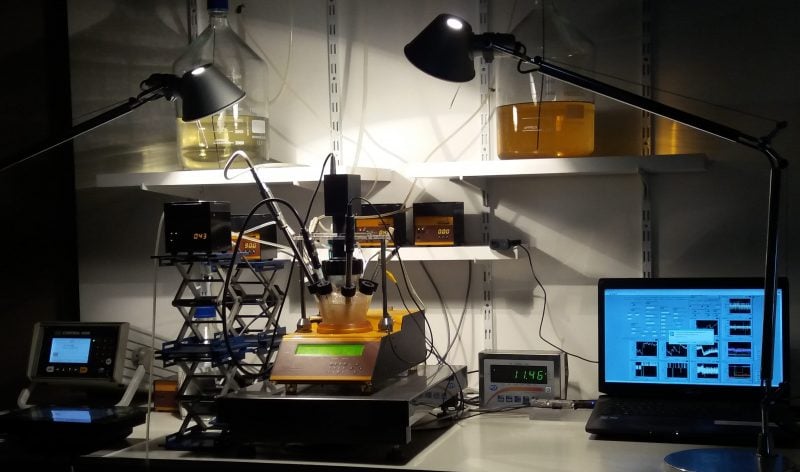 Philippe Parreno, the mind behind this massive exhibition, describes it as “half organic, half mechanic.” Thanks to the design of researchers from Sorbonne University and bioreactor maintenance from University College London scientists, the artist has created a complex system that makes every moment spent in the hall unique.

When I walked in, a Saturday afternoon, the atmosphere was incredibly relaxed, only broken by the sudden activation of speakers that sounded like a helicopter was approaching. The screen showed images of a woman walking in a park. But any other person that might have arrived earlier that day would’ve had a completely different experience.

“The exhibition is a construction of situations or sequences in a nonlinear narrative,” Parreno explains. Anywhen does not tell a story, it is merely a concoction of experiences that might seem random but is actually controlled by a highly complex system influenced by multiple factors, both alive and inorganic. There’s no way to know how your particular experience will be, but for those interested in finding out, Anywhen will be displayed until the 2nd of April.

Images from The wub / CC, Tate Photography. Picture of the bioreactor by the author.