Biotech startups rely heavily on the science behind their products. There are a series of common scientific challenges that may initially be overlooked but can determine the success or failure of a young startup.

Recently, a colleague drew my attention to a report about the top reasons a startup company might fail. After postmortems were carried out, failure was usually found to be due to an unwanted product, a lack of cash, and not having the right team, in that order.

Prior to joining Sean O Sullivan Ventures (SOSV) and its startup accelerator RebelBio, I had spent 15 years as a scientist, working both on the lab bench and at the business interface of other biotech startups. During that time, I became familiar with a set of problems often only recognized from the scientist’s perspective that seemed to arise in most companies to varying degrees.

So when I shared the report with a number of former colleagues and other scientists from the broader community, we came to the conclusion that the factors outlined by the report are indeed correct, but they’re just the final catastrophic consequence of even more basic problems that tend to occur in conjunction with those the report highlights.

According to a Nature survey, 70% of scientists have encountered published work they couldn’t reproduce. Unfortunately, this won’t surprise a lot of biotech investors. The reasons are varied but cherry-picking results and selective reporting are largely to blame. One would imagine that before a technology is commercialized, its inventor is sure of its veracity. However, such belief can lead to conformational bias, and a laboratory may allow for junior staff to be pressured — unspoken or otherwise — into producing certain results.

While creating a new technology or product at a lab scale is often feasible, scaling up production can sometimes prove extremely difficult or even impossible. In addition to this challenge, the expenses required for upscaling may be prohibitive for a young startup with limited funding. On top of that, many laboratory scientists’ interpretation of what ‘fully scalable’ means may be magnitudes short of industrial requirements.

Investors in the biotech sector have varying understandings of the technical details. This may leave early-stage VCs vulnerable if they don’t have the right staff or support. Funds with a diverse biotech scope might not be able to cover the range of complexity involved in every portfolio company. Even allowing for this, most eminent scientists and chief scientific officers are actually far removed from the daily grind of lab work. They may not see the devil in the detail and often don’t appreciate the gravity of what might initially appear to be a small technical problem.

The disconnection between lab bench scientists and the sales and marketing department can lead the latter to perceive that the product is at a more advanced stage of development than it really is. This can result in young biotech startups overpromising to investors, partnering entities, or, worse, to customers. In turn, this can lead to a string of broken promises that can harm the company brand as well as investor trust.

This is usually a problem with scientific founders, who create a company based on working science and then proceed to spend all resources and time in perfecting the product while ignoring the many other facets of having a business. Biotech startups like these exist in name only. They can usually be found in universities and university-based incubators, and would really benefit from proper business acceleration before they become zombified. 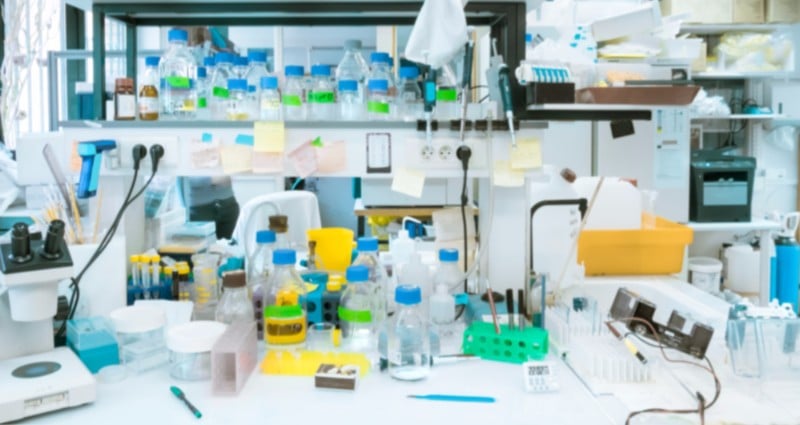 A common result of these issues is that the product either doesn’t make it to the market or, if it does, it’s not at the right time and without all the specifications that were initially intended or promised. Most will simply explain the consequent failure by saying there was no market or the company ran out of cash, but they would only be telling half the story.

The key to solving these issues is communication. Knowing our own roles and trusting each other to carry them out is all part of being in a good team. However, technical co-founders should never allow themselves to be coddled in their labs. It is their job to communicate with the business staff in a two-way conversation. More importantly, as the business grows, it is their responsibility to ensure that the line of communication runs from the bench up to the chain of command. Likewise, taking on business development should not be seen as a license to ignore what’s happening at the bench.

We insist that the companies we invest in and which go through our accelerator program work as a team. To that end, we provide the lab facilities where we see scientific development in line with their business. The role of the CTO and CSO is just as important to us as the CEO. By working in harmony, these biotech startups consistently demonstrate that technical milestones can be achieved quickly, and often with lean resources. The challenge for these companies is to keep up their good habits as they grow.