In the academic city of Oxford, UK, the company Arctoris is working to make life easier for cancer lab researchers, letting them ‘order’ experiments online using its robotic facilities and data analysis tools. 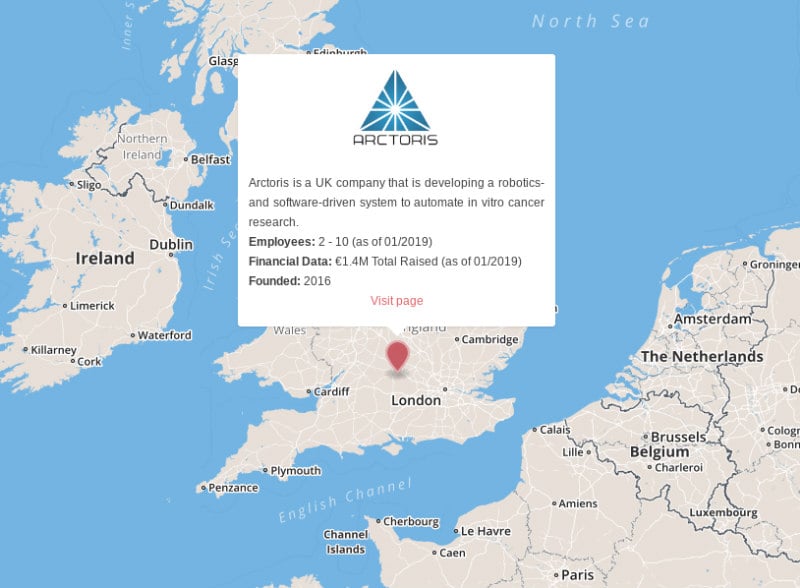 As any molecular biologist will understand, repetitive lab work is a huge drag, involving laborious techniques like pipetting tiny amounts of liquid and labeling tubes. This can slow down the rate at which cancer researchers identify promising new treatments.

“Right now, cancer researchers will spend seven to eight hours every day with manual work, and only a fraction of that time with reading the scientific literature and developing new research ideas and hypotheses,” Martin-Immanuel Bittner, director and co-founder of Arctoris, told me.

Instead of carrying out the laborious work, Arctoris’ idea is that cancer researchers can simply order experiments online, just like getting a takeaway or Amazon delivery. By inputting your experiment, you can sit back as it is completed in Arctoris’ robotic facilities.

“Researchers can directly configure a wide range of cancer research experiments online, which are conducted by our robotics,” confirmed Bittner. “Our online interface also contains advanced data visualization and analysis capabilities as well as data sharing and collaboration options — in other words, you can run your entire research project from idea to publication just using our system.”

Arctoris is still at an early stage, having recently built its first fully automated workstation. The company is already generating revenue from an exclusive set of clients, including academics and biotechs, in Arctoris’ early adopters program called ‘Arconauts’.

Arctoris now aims to rapidly scale up its operations and sales. After receiving several grants and a seed round last year, the company is now on track for raising a Series A round in 2019.

Having robots do the heavy lifting could free up researchers, letting them focus on the planning and hypothesis stages of science. This could accelerate cancer research, allowing the development and screening of more treatments over time.

One challenge for Arctoris with cancer research is that technology advances rapidly, with new cutting edge techniques, such as lab-on-a-chip systems, growing in popularity. However, Bittner remains confident that the company can keep up.

“There are exciting new research techniques currently in development,” he reflected. “We like to partner early on with up-and-coming technology innovators, taking up on the challenge to automate new methods and techniques.”

Another potential limitation of cancer research is that not all experiments can be automated, such as animal studies. However, some techniques, such as 3D cell cultures, can be more informative than traditional cultures, potentially cutting down the need for animal models in future.

Automation in the lab is also the aim of other companies around the world. For example, another UK company, Cytera Cellworks, is working to automate cell culture techniques. The US company Transcriptic is also hoping to make an online robotic lab.

In spite of this potential competition, Bittner believes that Arctoris’s cancer research focus keeps it competitive for this niche. “We are cancer researchers ourselves, and focus on this field, knowing exactly what oncologists require for their research,” he concluded.