Nestled in the historic city of Uppsala, Sweden, Beactica is fighting the brain cancer glioblastoma by targeting mechanisms controlling the expression of cancer cell genes. 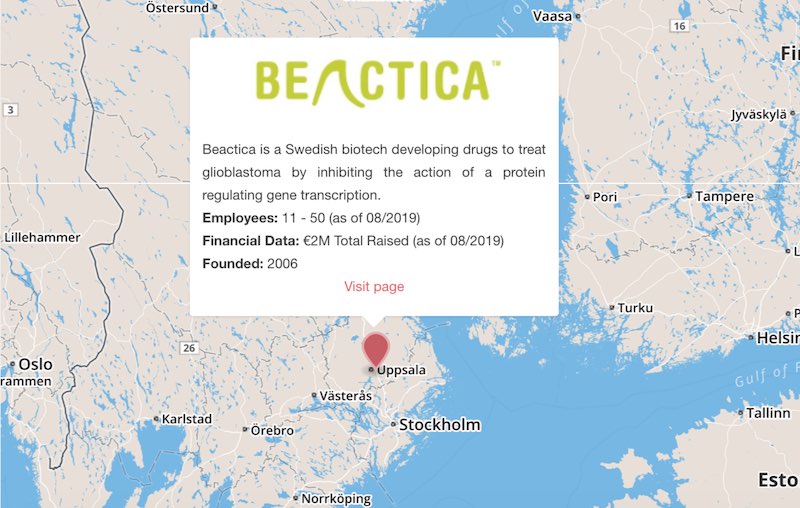 Beactica targets glioblastoma, a highly aggressive brain cancer that is difficult to treat because the brain is vulnerable to damage from cancer treatments.

“The multimodal treatment options that are available today have not improved the outcome for patients over the last 15 years, which is why there is a pressing need for innovative treatments,” Per Källblad, CEO of Beactica, told me.

Beactica’s drugs target mechanisms that cells use to control which genes are expressed. These mechanisms, known as epigenetics, are able to turn genes ‘on’ or ‘off’ by detaching or attaching chemicals such as methyl groups to DNA molecules. Beactica designs its drugs to block the action of lysine-specific demethylase 1, a protein that is normally involved in stem cell division but is found in high levels in many types of cancer cells.

There are other drugs in development that target the same protein, including drugs from the Spanish biotech Oryzon Genomics that are intended to treat Alzheimer’s disease and cancer. These other drugs aim at a region of lysine-specific demethylase 1 that is involved in its epigenetic function. In contrast, Beactica’s drugs hit a different region of lysine-specific demethylase 1, changing the shape of the protein, and are believed to block the protein more strongly. 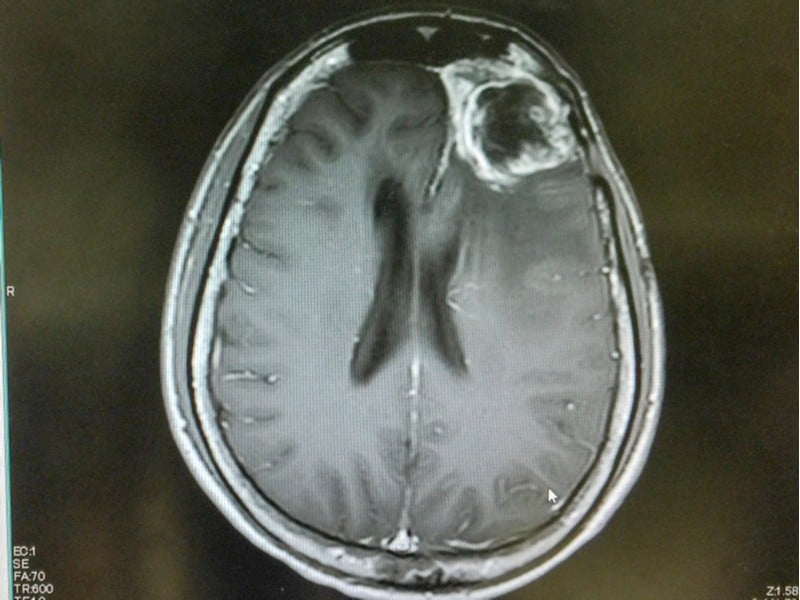 Founded in 2006, Beactica is currently at the preclinical stage and expects to reach phase I at the end of 2020. Having raised around €4.5M so far, the company also recently received €300,000 from the Swedish innovation agency Vinnova in June to develop a combination therapy using its lead compound and approved cancer drugs.

If approved, Beactica’s lead candidate drug could provide a sorely needed treatment option for glioblastoma patients, who currently have a five-year survival rate of no more than 5%.

Epigenetic medicine as a field has had its ups and downs in the biotech industry. For example, a drug that inhibits the epigenetic protein histone deacetylase (HDAC), vorinostat, was first approved for treating cancer by the FDA in 2006 with much fanfare. However, HDAC inhibitors have largely proved less effective as single therapies than initially expected, leading many to explore their use in combination with other treatments such as chemotherapy.

According to Källblad, the premature hype for epigenetics drugs such as HDAC inhibitors was to be expected for any young field in the industry.

“Epigenetics is still quite a young field of research and it represents a vast area of biology,” Källblad said. “Like any new field, it was possibly approached by many with an initial overexcitement and a sense that it would provide the solution to everything. As the field matured, our understanding has increased and many epigenetic proteins have now been shown to be critical in the progression of several types of cancers.”