This week we’re traveling to Bergen, a beautiful coastal city in Norway surrounded by seven mountains, where a biotech called Cytovation is developing a brand new treatment for benign tumors caused by the human papillomavirus. 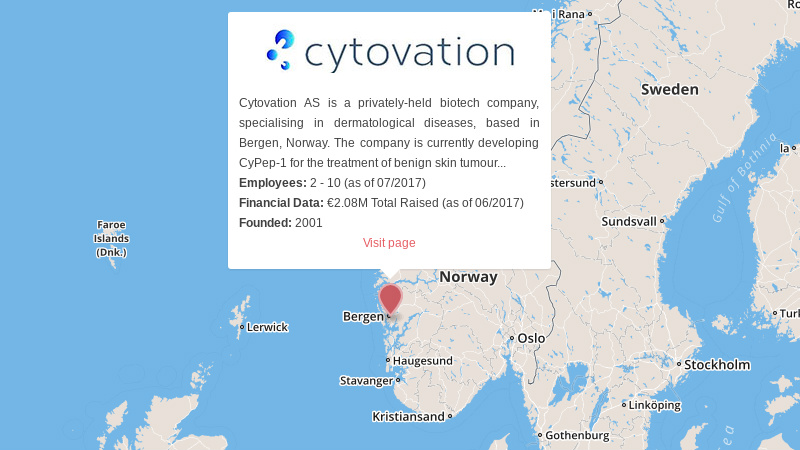 Mission: Cytovation is developing what could be the first prescription treatment for cutaneous warts, which are a form of benign skin tumors. Its lead candidate is CyPep-1, a 27-amino acid peptide that targets the negative charge present on the membrane of tumoral cells, but not healthy cells. The destruction of the cells promotes an attack from the immune system against antigens released in the process to generate long-term protection.

CyPep-1 is currently in the preclinical stage to treat warts caused by human papillomavirus (HPV). If successful, it could become the first treatment for warts that can permanently remove the virus.

Comment: Contrary to what I thought at first, the market for common warts is quite big, estimated at around €2Bn each year. It’s surprising that there are still no fast and effective treatments for a condition that is so common and carries the risk of turning into cancer, so it’s good to see a European biotech trying to improve the standard of care.