Gedea Biotech is nestled in the historic city of Lund, Sweden. The company is developing a pill that could tackle recurrent bacterial vaginosis infections without harming the vaginal microbiome like current antibiotics do. 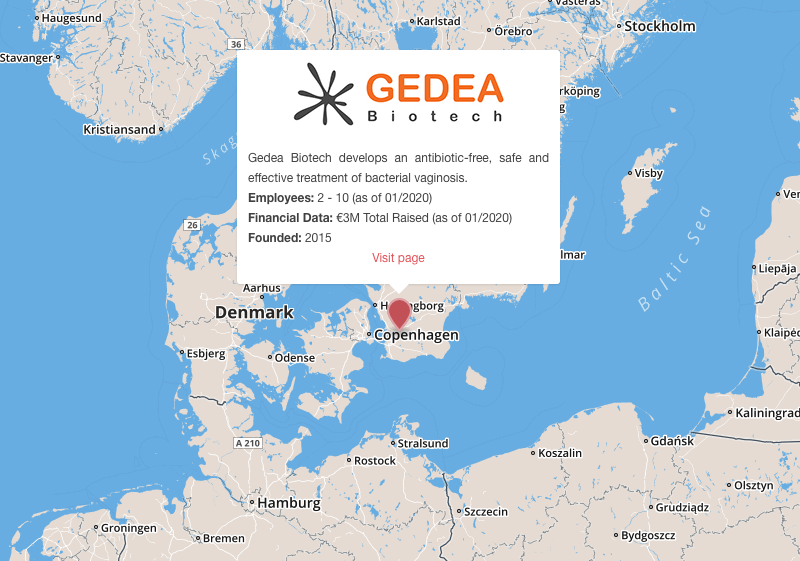 Mission: To develop a pill that can clear bacterial vaginosis by restoring normal acidity levels in the vagina, which helps good bacteria in the microbiome outcompete the bad bacteria.

Bacterial vaginosis is a common condition where the vaginal microbiome is disrupted, leading to pathogenic bacteria such as Gardnerella vaginalis making the vagina less acidic and forming biofilms on the vaginal wall. These ‘bad’ bacteria can cause itchiness and a smelly discharge. The condition can be treated with conventional antibiotics, but they can kill some of the good bacteria as well as the Gardnerella bacteria causing the condition.

According to Annette Säfholm, Gedea Biotech’s CEO, the ‘friendly fire’ effect of antibiotics on the vaginal microbiome leaves patients more vulnerable to reinfection because the good bacteria can no longer outcompete the bad bacteria. “About half of the patients get the infection back within a few months,” she told me.

Gedea Biotech is developing a vaginal pill that could tackle bacterial vaginosis without the drawbacks of antibiotics. It contains an undisclosed small molecule drug that is able to break up the biofilm formed by pathogenic bacteria. Instead of killing the bad bacteria, the treatment instead displaces them from the vaginal wall, preventing them from becoming established. The treatment is also designed to restore the vagina’s acidity, helping the good bacteria in the microbiome outcompete the bad bacteria and reduce recurrences. 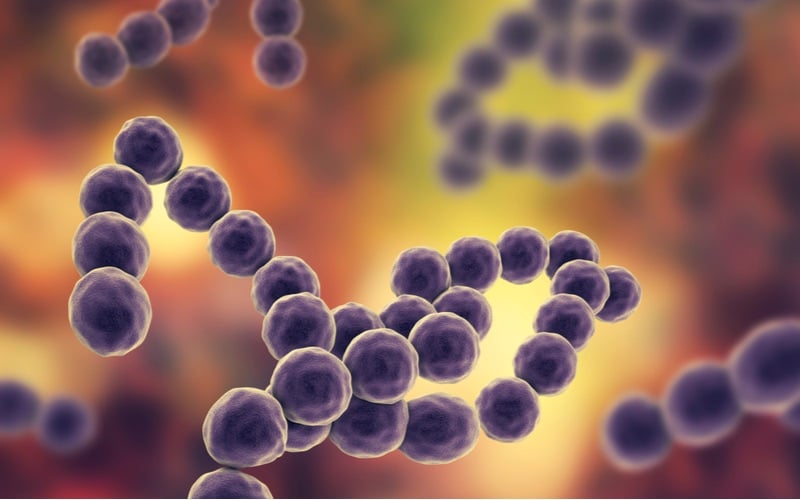 The treatment, named pHyph, is considered a medical device, and has already shown promise in a small clinical trial in 24 women. Gedea now plans a larger clinical trial in 2020 to test the therapeutic effects in bacterial vaginosis, and recently received a grant of €3M from the EU to fund the trial. Gedea aims to obtain regulatory approval from the FDA by 2021.

If Gedea’s treatment reaches the market, it could lead the way in efforts to combat vaginal bacteriosis and stop the condition from recurring. In addition, being able to replace the use of antibiotics in this condition means a vital step forward in the fight against global antibiotic resistance.

Gedea’s device isn’t the only treatment aiming to rebalance the vaginal microbiome. Vaginal probiotics are widely sold, but, they currently have little scientific backing.

“You can’t replace antibiotics with these treatments because they aren’t proven to be efficient enough,” Säfholm told me. “Our aim is to establish in clinical studies that our treatment is as effective as antibiotics so that they can truly replace these drugs.”

Few companies are working in women’s health at present, but the interest is climbing, according to Säfholm. One biotech working to treat bacterial vaginosis is the Austrian firm PhagoMed, which is developing a viral protein drug to selectively kill the bad bacteria causing the condition, while leaving the good bacteria unharmed.