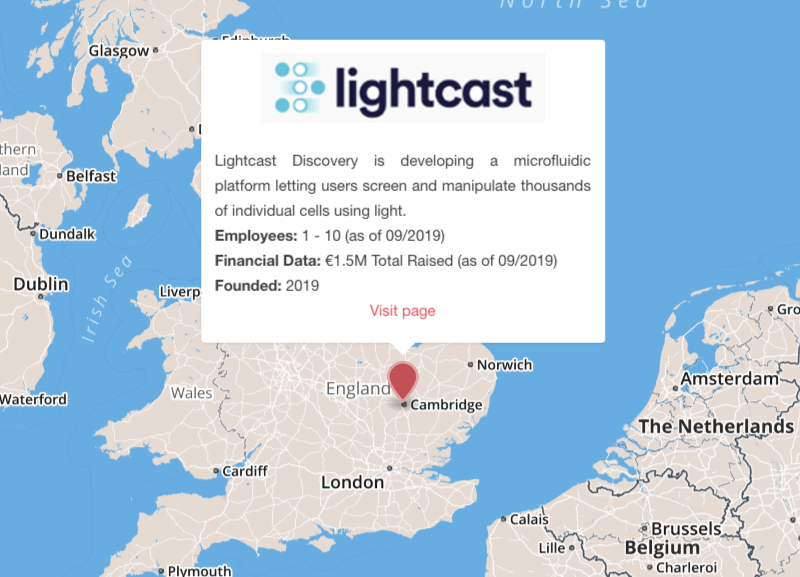 Cell and gene therapies are gaining traction in the biotech industry. Companies developing these therapies need ways to screen for the most effective cells as quickly and efficiently as possible. Unfortunately, current screening techniques are not best suited for this fiddly cell work.

To solve this problem, Lightcast Discovery is developing technology that can quickly and easily handle cells. The company makes chips out of undisclosed materials that change their properties when specific light patterns shine on them. This means that lasers can be used to move around individual cells and droplets of liquid in an automated and precise way.

“The Lightcast system is incredibly flexible, able to handle multiple fragile cell types, and as each cell is controlled by software, it is entirely re-configurable on the fly,” Cameron Frayling, the CEO of Lightcast, told me.

According to Frayling, one example of the power of the technology is making CAR-T immunotherapies, a treatment where immune T-cells are engineered to target cancer cells. Lightcast’s laser technology is able to test which T-cells attack tumor cells the most effectively, and separate those cells for bulk production.

Another example is screening cells modified by the gene-editing tool CRISPR/Cas9. Using only light, the technology is able to isolate the most viable cells from the modified population and establish them as cell lines in a week instead of the months it takes with traditional techniques.

At present, the technology is at the pilot stage, and is expected to reach the market in a few years. Before it gets there, Lightcast will work on upping the power and improving the throughput of the machinery.

Founded in Cambridge, UK, just this year, the company raised a seed round of €1.5M earlier this month.

Being able to carry out multiple single-cell analyses in parallel allows companies to speed up the drug discovery process. Lightcast Discovery’s technology is able to screen thousands in this manner, and with a versatile, programmable method. 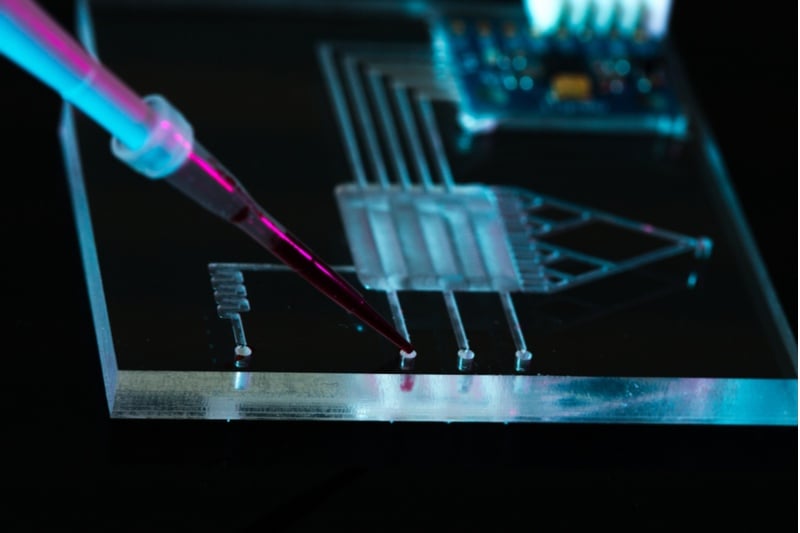 The ability of the technique to generate new cell lines could also contribute to the cell therapy industry. Companies developing these treatments such as CAR T-cell immunotherapy face many production challenges before they can get the treatment to market. For example, handling fragile living cells during the manufacturing process can be difficult and expensive.

There are many companies using microfluidics to screen drugs in cells, such as the German biotech cytena and the UK company Sphere Fluidics. Frayling told me that Lightcast’s system is unique because it is based more on software and image analysis algorithms than other microfluidics platforms. This means that it doesn’t need narrow channels, which can get blocked.