In the university town of Umeå, Sweden, the biotech company Omnio is developing treatments for tooth loss in conditions such as periodontitis. 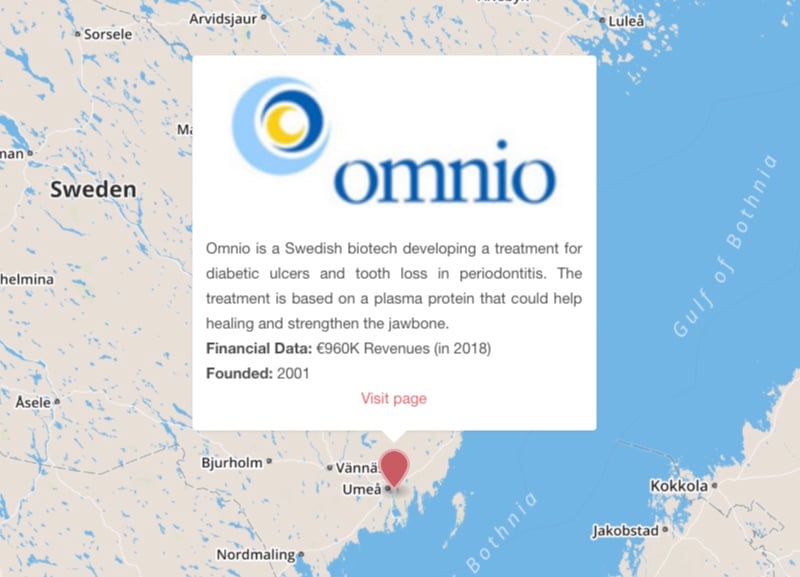 Mission: To promote wound healing by enhancing the action of plasminogen, a protein in the blood that is important in the healing process. Enhancing the action of this molecule could allow the company to treat chronic wounds such as diabetic foot ulcers and tooth loss caused by conditions such as periodontitis.

Periodontitis is a very common gum disease where bacteria invade the tissue supporting the teeth, such as the alveolar bone. Immune cells then invade the breach and inflame the area. In severe cases, the supporting tissue can be destroyed, and the tooth lost. This can also happen to dental implants placed to replace the lost teeth, in a disease called peri-implantitis.

“There is currently no quick-fix for periodontitis or peri-implantitis since there is no drug on the market now that can induce alveolar bone regrowth,” Patric Stafshede, the CEO of Omnio, told me.

Tissue healing can be very complicated for wounds like those in periodontitis. The process is composed of multiple steps, such as eliminating invading bacteria from the wound site, and migration of epithelial cells to cover the wound. To enhance healing, Omnio aims to inject the wound with a recombinant drug based on a blood protein called plasminogen. This protein is involved in a variety of processes in tissue healing, so could be suited to tackling complex wounds like tooth loss or diabetic foot ulcers.

“The challenge of treatment of oral diseases is that the elimination of infection and regrowth of bone will require a multi-potent drug that can control several processes over time,” Stafshede said. “Plasminogen, in contrast to most drug candidates that have been proposed for wound healing, is a signaling molecule and master regulator of several key processes in the wounds.” 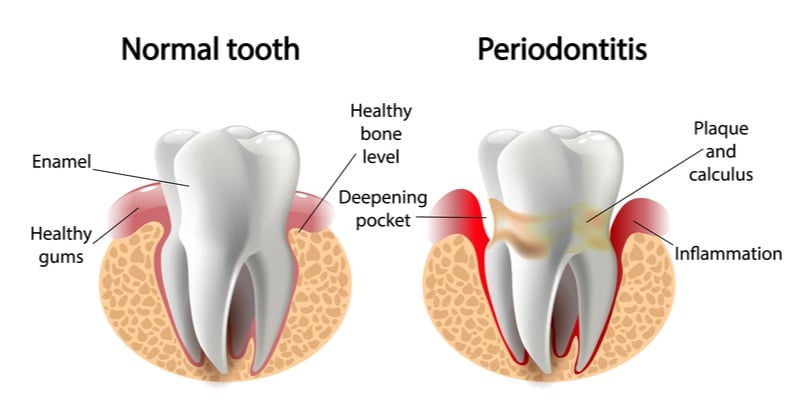 Currently at the preclinical stage, Omnio recently received a grant of €280,000 (SEK 3M) from the Swedish innovation program Swelife to develop its plasminogen drug for combating tooth loss. The company expects to begin clinical trials of the tooth loss treatment in 2022. Omnio has also licensed out its fibrinogen technology to the Canadian company Prometic Life Sciences, which has received approval from the Swedish authorities to begin clinical trials for the treatment of diabetic foot ulcers.

Many different diseases involve a form of tissue damage, such as injuries, dental medicine, and diabetes. This means that enhancing the healing process of complex wounds has the potential to reach many big markets.

One way to overcome tooth loss from severe periodontitis is to use dental implants to replace the lost tissue. However, the same problem can affect implants. There have been some attempts to tackle this issue. For example, the Israeli company Datum Dental received EU approval last year for a gum tissue graft biomaterial promoting bone healing. However, there are few drugs able to reverse the underlying tissue destruction.

“Dental repair and replacement devices have traditionally been handled as medical devices, and thus there has been very little effort put into drug development in oral care,” Stafshede said to me.

Many biotechs are developing ways to boost the wound healing process. For example, the Belgian biotech AgomAb is developing antibody drugs that could one day be used to regenerate wounds. The Icelandic company Kerecis is developing a wound-healing treatment based on fish skin, which provides a great protective structure for skin cells to grow. The UK pharmaceutical company Mallinckrodt is even developing artificial human skin, which could help the skin to heal after receiving severe burns. 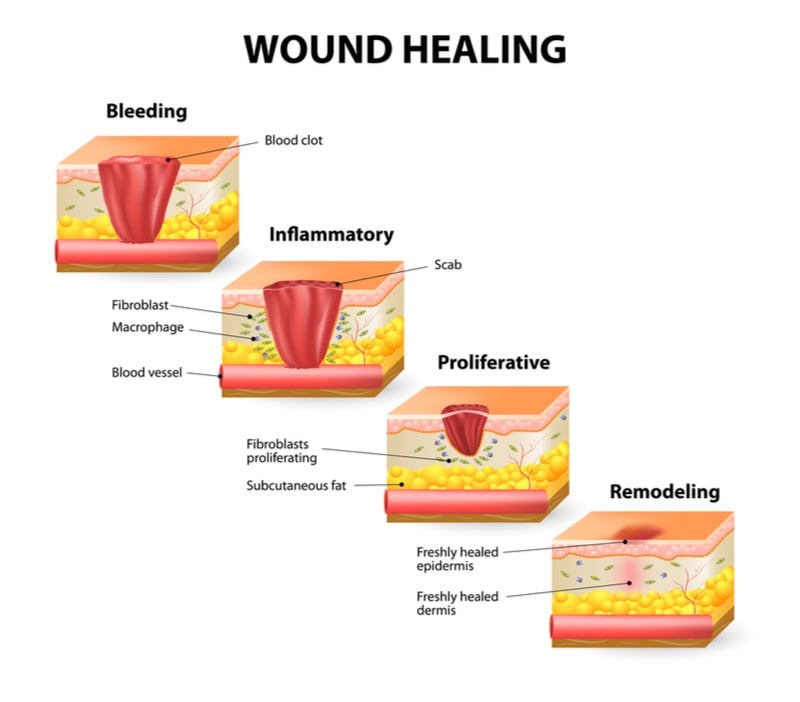 Nevertheless, Stafshede believes that wound healing is a neglected field in the biotech industry when compared with cancer and cardiovascular diseases.

“Unfortunately we see wound healing as one very conservative area of medicine,” he told me. “It has very little ‘sex appeal’ and provides no glory for the doctors involved. Very few people know that mortality after serious burns or mortality of diabetic patients after leg amputation due to non-healing wounds is comparable or sometimes higher than mortality of patients with aggressive cancer. Therefore, there has been very slow development of wound healing treatments over the past decades.”

With Omnio’s fibrinogen drugs in development, Stafshede has hope that this situation will turn around over the next ten years.

“With plasminogen treatment, bedsores and other chronic wounds should be virtually eliminated and amputations due to diabetic foot ulcers dramatically reduced,” he emphasized.