Aquaporin is a company named after a protein that transports water molecules across a cell membrane. With these water channels, the Danish biotech is able to purify water 50% faster than conventional technology. 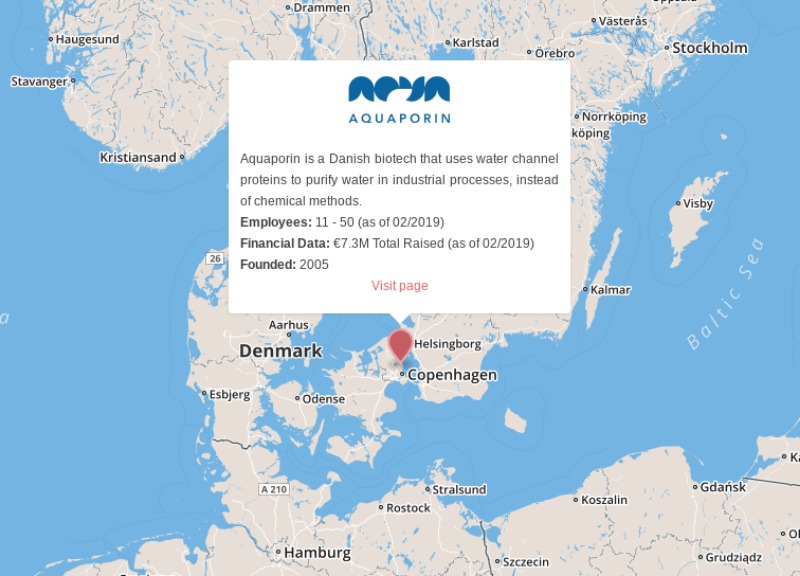 Mission: To use water channel proteins to purify water in applications such as cleaning drinking water, desalination and industrial wastewater treatment.

As you drink a refreshing glass of water from the tap, or the supermarket, you might not be aware of the extensive purification steps that the water has gone through. These methods often involve reverse osmosis — a costly process where you push water molecules through tiny pores in a synthetic membrane filter.

Based near to Copenhagen, Aquaporin is a company that aims to speed up and cut the waste from reverse osmosis and other membrane-based processes. To do this, the company enhances the synthetic, porous membrane with modern biotechnology.

The company produces membranes peppered with proteins called aquaporins, which transport water molecules much faster than traditional membranes. Aquaporins are key proteins for water transport in many organisms, including the natural filtration system of the human kidneys. In this sense, the company aims to produce water-filtering membranes that mimic cell membranes in nature.

“We produce this membrane protein in an industrial fermentation process, and use it as an intelligent building block in a new generation of water membranes,” Jensen told me. “By doing this, we stand on the shoulders of 3.8 billion years of evolution in water treatment.”

The company has already commercialized several water-purifying units incorporating the membrane, including one able to purify drinking water 50% faster than conventional units. In addition to purifying water, the company can also use the technology to concentrate industrial solutions, such as fruit juice and vaccines.

Aquaporin’s now researching products that could speed up processes such as hemodialysis and industrial desalination. As an even cooler application, its membrane technology is also being developed for use in space missions, where recycling water is a big necessity.

Founded in 2005, the company has raised around €73M to commercialize the aquaporin technology, with contributors including the EU, Danish investors, and two Chinese water companies.

What we think: Improved water purification techniques will help to cut the costs of purifying water for industrial and human consumption. This could also help to reduce the greenhouse gases that are emitted from the energy-intensive water purification processes.

In addition, better water purification is also instrumental in addressing global problems with water scarcity. This is because communities could use recycled wastewater instead of placing more pressure on water supply systems. 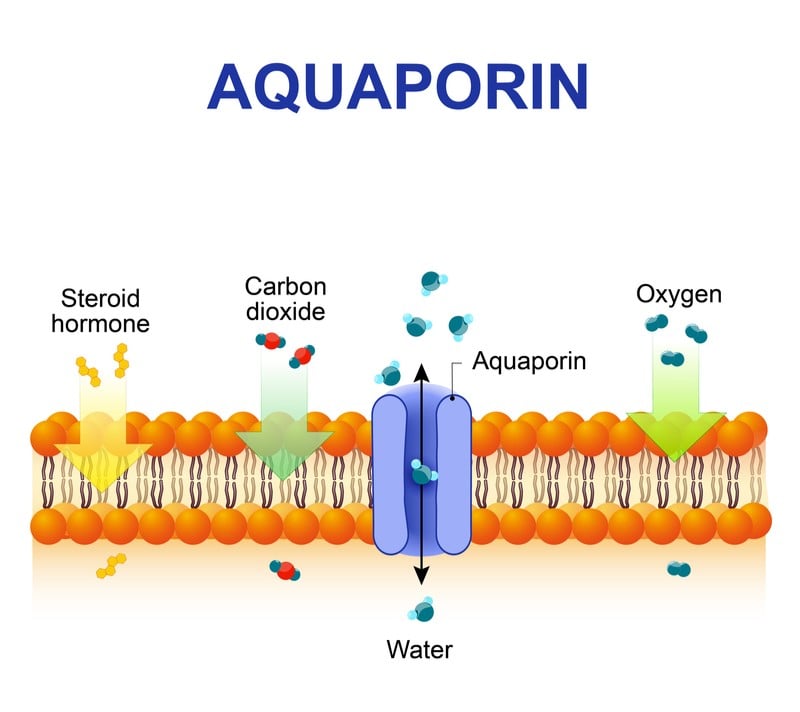 “In general the water purification industry is very conservative,” noted Jensen. “But, there seems to be a trend in the water industry, where different technological fields and industry verticals are aiming to change this by means of convergence. The integration of the Internet of Things into water networks and water systems is one example.”

The wastewater treatment industry is growing by around 5% each year, driven by a rising demand for clean water across the growing world population.

Amongst the big companies dominating the market for traditional water purification, such as GE Water and Aqua Tech International, Aquaporin is one of a range of companies using biotechnology to change the way we purify water.

The UK company CustoMem aims to tackle pollution in wastewater by making bio-based granules that absorb pollutants and clean the water. An Israeli startup, Aquanos, can purify wastewater into drinking water by using microalgae, which requires much less energy than traditional techniques.