At the Zurich Life Science Day, I had the pleasure of hearing the keynote speaker, Professor Ingo Potrykus, Professor Emeritus of Plant Sciences at the Institute of Plant Sciences at ETH Zurich and creator of Golden Rice (GR). At 82 years old, he has the liveliness of someone much younger than him. While initially the talk started as an introduction to plant sciences, it quickly delved into the challenge he undertook with GR. 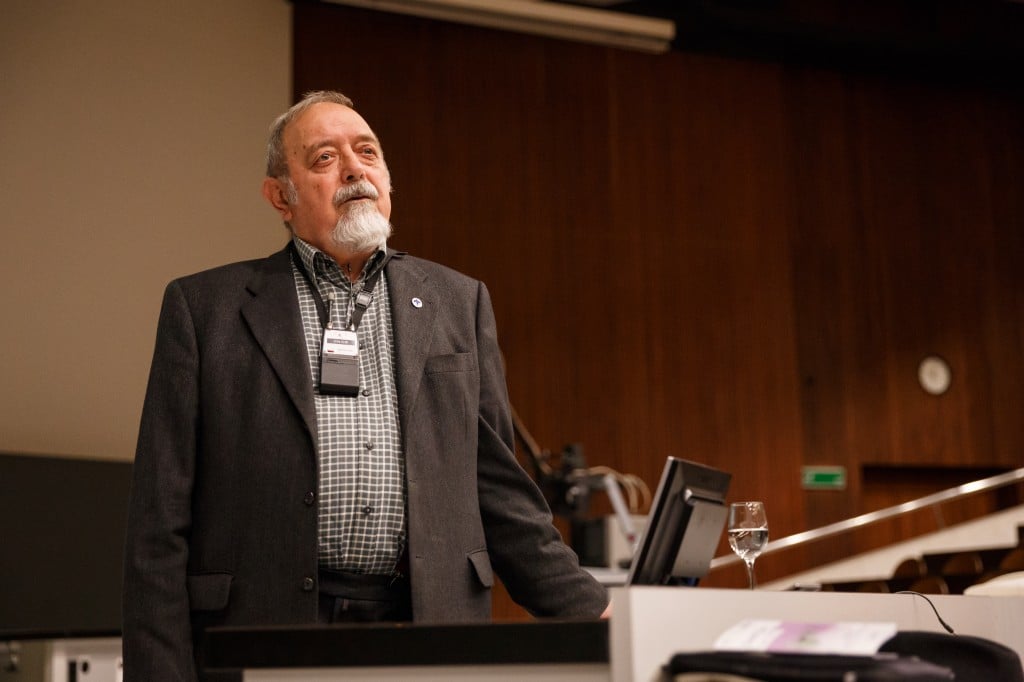 Currently, 190 million children and 19 million women are affected with Vitamin A Deficiency (VAD), a malnutrition deficiency that is the leading cause of preventable blindness in children and increases the risk of maternal mortality and death and disease from infections. Every year, 500,000 people become blind due to VAD, with pregnant women and young children being the worst afflicted. VAD is a public health problem in over half of world’s countries. The current treatment is in capsule form, and while it is a good treatment theoretically, its practice has rendered it far less effective. Potrykus pointed out that the capsules do not reach rural populations; in fact, they do not even reach all of urban populations. In comes Ingo. Potrykus had the vision of solving the VAD problem with plant sciences, specifically by enriching rice, an important staple food of poor societies, with something to aid those with VAD. While GR was created in 1999 and first published to the scientific community in the prestigious journal Science in 2000, it still has yet to make it into the communities it aims to save.

At the beginning, the transition of the project from academia to production was disheartening. The main potential sources of funding including the World Health Organization (WHO), Food and Agriculture Organization (FAO), the United Nations Children Fund (UNICEF), and many other large humanitarian, scientific, and public health funding agencies were unwilling to help develop GR as a public good for VAD prevention. While the roadblock seemed insurmountable, Potrykus persisted and eventually established public-private partnerships by trading know-how, help with patent issues, and experience for funding. They later received $35M from altruistic foundations and set up a network of collaborating public rice research institutions for GR. Since the local rice varieties differ, GR must be conformed to the local nuances in order to best adapt to each community. These collaborations studied the local varieties and helped conform GR locally. 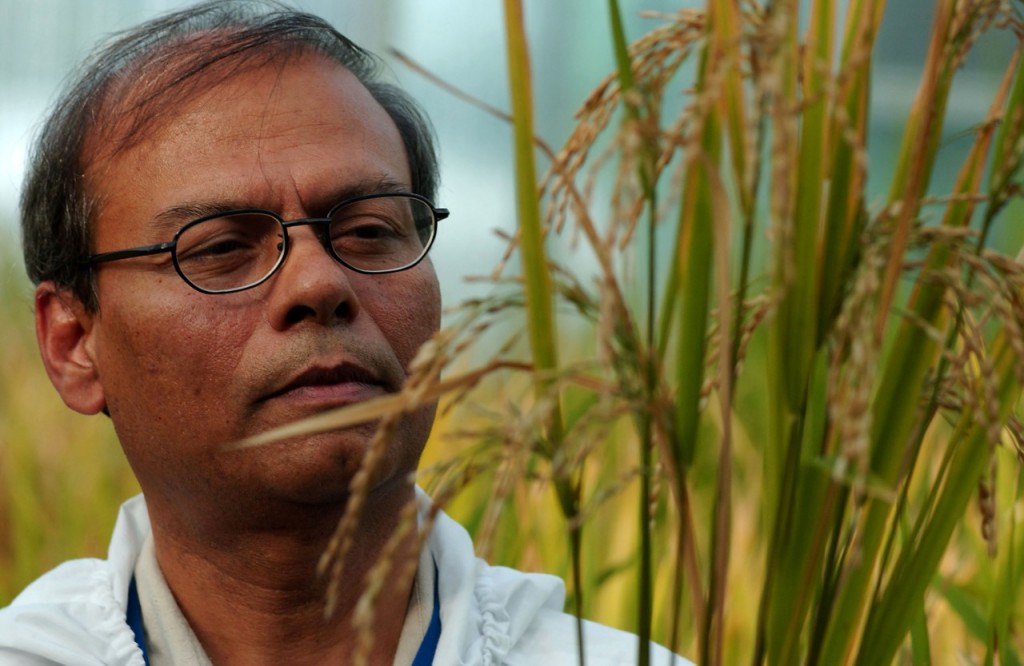 The idea is to use the GR seeds like normal seeds and give these to local farmers to use. Some argue that GMOs will cause farming dependencies, but in GR this is clearly not the case. There is not a need for any special treatment of the GR seeds; they can be farmed just like the local rice. The aim was to make this as easy as possible, almost a sleight of hand exchanging one rice for another, with the benefit of VAD prevention. Potrykus has consumed GR (albeit unlawfully) on several occasions and remarked it tastes just like normal rice! Local farmers are given GR seeds for free by the respective national public rice institution, eliminating as many middle men as possible. Since each rice is location specific, exportation of the rice is not allowed, so he stated we would not receive GR in Switzerland. Also, since the rice serves poor societies, the GR technique is not being used to make a GR form of more expensive rices. Potrykus highlighted that there would be no Golden Bismati! Lastly, profits from GR cannot exceed $10,000, ensuring that GR does not become a precious or luxurious commodity driven by a price premium and the communities it aims to serve have access to the goods. The strategy was designed to prevent GR from having the fate of crops such as maca and quinoa — for both, local prices have skyrocketed due to exploding international demand, starving the local communities that grow these crops of this indigenous food. 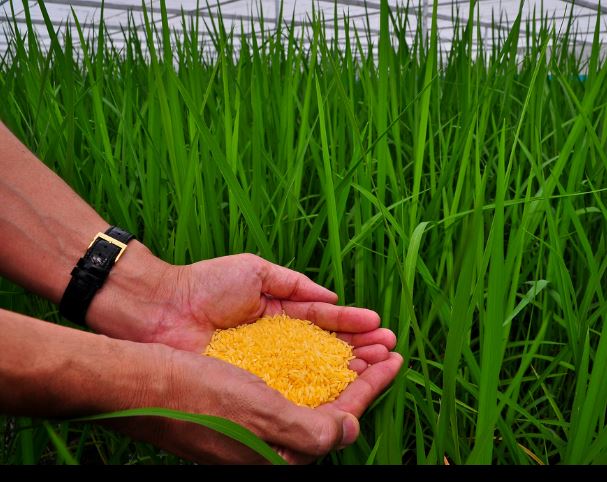 Traditional VAD treatment for one person costs $590 annually. GR treats a person annually for $3, 90% of which is for regulatory costs. Also, only 40g of GR is needed per day to prevent VAD, with GR improvements always in the works to lower the amount. Potrykus noted they enriched the rice with beta-carotene, a vitamin A precursor, rather than vitamin A itself. He reasoned that there is no risk associated with overconsumption of the vitamin A precursor, but overconsuming vitamin A would have a far greater biological risk. Today, there is a huge list of organizations including the American Medical Association (AMA), WHO, and the National Academy of Sciences who have found and support GMOs as safe (very recently Bill Nye the Science Guy as well). If the product is free for farmers, safe according to the world’s leading experts in science and public health, and effective, why is it not in the communities already? Potrykus blamed public opinion and activist groups for this. Organizations aligned with an anti-GMO stance are shouting over the scientific data that proves GMOs and GR to be safe, in fact, undetectably different than the normal rice for GR. Overall, billions of USD are received by activist organizations each year specifically for combating GMOs. Potrykus states that the activists are against GMOs in part because it’s lucrative for them and often can heavily support the organization.

Potrykus stated: “As long as the media, the politicians, the churches, our society etc. listen to self-serving activists instead to scientists, and as long as present GMO-regulation blocks the public sector, the technology will not be able to substantially contribute to the nutrition and food sector. Millions of poor are taken hostage in an ideology-driven fight for political power and campaign money and in defense of unjustified regulation.”

Truly, young women and expecting mothers are the defenseless victims of a fight over political power and money. As a society, we must push to be driven by objective scientific data rather than megaphones and signs. Don’t fall victim to the screaming voices practicing selfish and inhumane ultracrepidarianism. As we listen to and trust only lawyers with legal proceedings, let the scientists and public health officials determine what is best in these domains.

However dismal the situation may seem, Potrykus hopes to see GR in the hands of those who need it before his own fight for it ends. Listening to the keynote lecture, I kept wondering how the landscape would change if government and industry heavily backed GR and its benefits. The influence and finances of both of these entities could drastically change the current blocks on GR. In its entirety, Potrykus’ presentation was that of a tired and frustrated scientist, one who has tried for many years to give a gift to the world but the world has not accepted it just yet. He urged us not to give in to the unfounded words of activists against GR and GMOs altogether and instead to rely on scientific data and experts and to push others to do the same. Still, he wholeheartedly and passionately believes in GR and his mission, which gives me hope that the entirely preventable VAD will soon be a thing of the past. 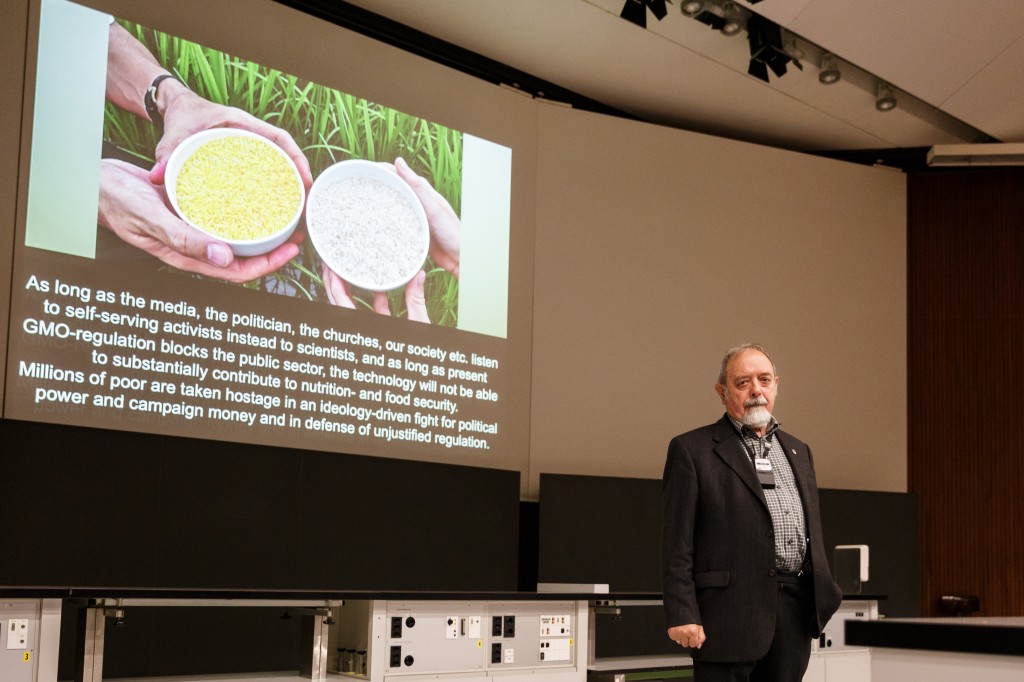