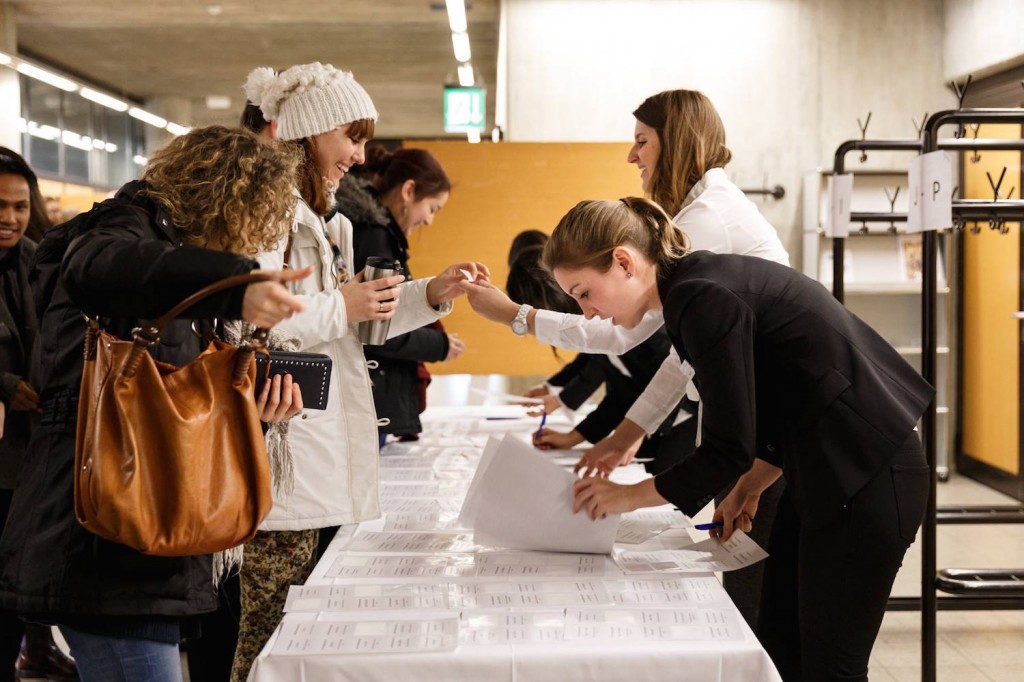 Over 600 people from all stretches of the globe gathered on February 12 for the Zurich Life Science Day at the University of Zurich. My first impression walking there was that the campus (both the Irchel campus it was held at and main campus I mistakenly went to first) were beautiful. I had low expectations having only seen EPFL (sorry but being honest here), but really enjoyed the campuses in Zurich. Now to the main event. 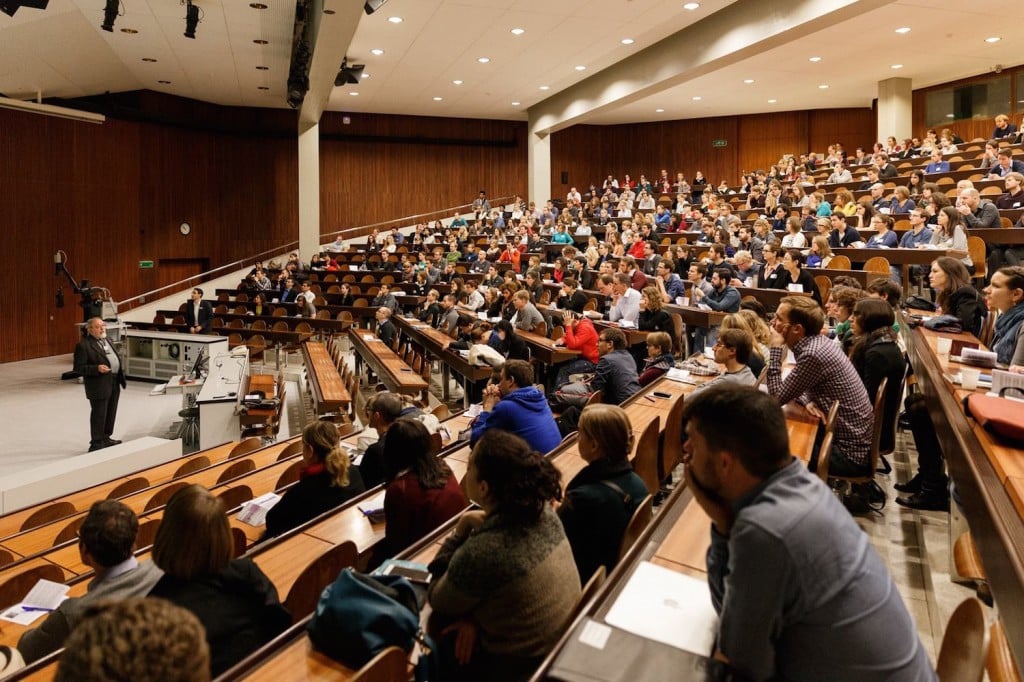 The day started at 9:00 with the keynote lecture, “Beyond the Science—progress and challenges with the deployment of Golden Rice,” by Professor Ingo Potrykus, Professor Emeritus of Plant Sciences at the Institute of Plant Sciences at ETH Zurich and creator of Golden Rice. What started out as a rather dry plant science lecture became, within minutes, a riveting story of Golden Rice. First, he explained the challenges and how after the first invent of the product, they continued to simplify the process into just a couple of steps from nearly a dozen initially. Then, he went into the public health problem Golden Rice aims to solve. Vitamin A deficiency (VAD) affects 190 million children and 19 million women and results in 500,000 of those with VAD becoming blind each year. They want to provide an affordable and effective solution for the people afflicted with VAD and do not aim to gain financially from the endeavor. However, funding has been an issue for the project, especially in the beginning. Then, he discussed the social stigma surrounding GMOs including Golden Rice. He brought to light the myriad scientific organizations that support Golden Rice and GMOs, but he stated that the activists are too loud for society to listen to the scientific evidence supporting Golden Rice. At 82 and having had Golden Rice in his hands (and a few times on his plate) for 16 years, Professor Potrykus was frustrated by the repeated roadblocks hindering him from helping the millions of people across the world with VAD, at no cost to them. However, he still hopes to be able to see Golden Rice reach farmers in societies in need. One of his end statements cut to the core of his struggles getting Golden Rice into society “As long as the media, the politicians, the churches, our society etc. listen to self-serving activists instead to scientists, and as long as present GMO-regulation blocks the public sector, the technology will not be able to substantially contribute to the nutrition and food sector. Millions of poor are taken hostage in an ideology-driven fight for political power and campaign money and in defense of unjustified regulation.” A passionate and hard-hitting statement to end the keynote lecture and start off the day.

Then, the day was made of presentations being held in two large lecture halls, with coffee breaks and lunch interspersed. The first session I attended was “Current Trends in Pharma Recruitment.” The speaker highlighted that in this global age, anyone can apply to any job. This is not only due to the increased prevalence of international career moves but also with online applications. The internet makes it easy to be in one place yet apply for jobs in America, Korea, Europe, and anywhere else you would like. Also, she stated how a specific job title does not ensure a specific job across all companies, so read the job description and ask about other similar jobs before applying! Afterwards, I went to “Careers in Intellectual Property,” presented by a patent attorney at Nestle. I always find IP riveting so enjoyed this quite a bit. While relaying his own experiences working in a law firm and for businesses, he showed the path one can take to get into IP. He explained that there are many facets of IP, which all entail varying degrees of law and technical expertise. As an American, I was surprised by the path of a European patent attorney. In the U.S., all patent attorneys must go to law school first and obtain a judicial degree (J.D.); however, in Europe, there is an apprenticeship/traineeship path that typically lasts 3 years and results in obtaining a patent attorney license. 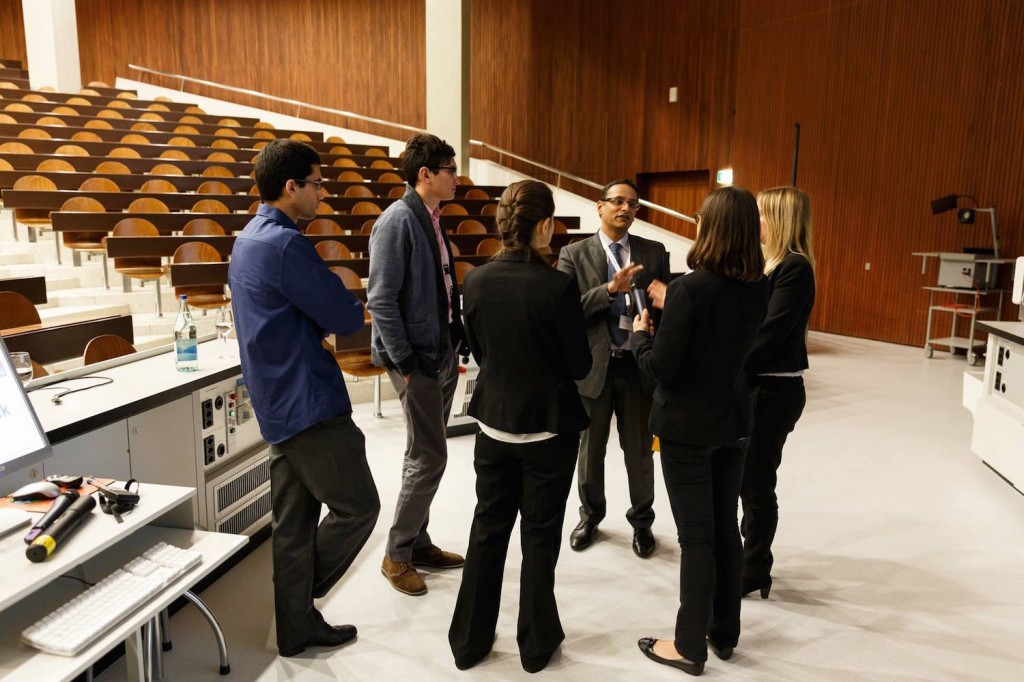 Following, I heard a fellow American speak on “Innovation in Diabetes Treatment.” He described protein-based therapeutics, the public health burden of diabetes, and the future of diabetes treatment. One of the most interesting statements was the rule of halves: Of the people with diabetes, half of them are diagnosed (50%), of which half receive treatment (25%), of which half reach treatment target (12.5%), of which half get the targeted outcome (6.25%). Truly shocking. He pointed to oral insulin as the holy grail of treatments. No more dealing with needles on a daily basis. After, I went to “Career Paths in Drug Development, Business Development, and Licensing.” Mainly, this was the odyssey of a man currently working at Novartis as he explored different career paths. This talk was akin to your favorite professor giving the philosophical lecture on the last day of class, all the life lessons he wants to teach you that he has learned over the challenges and years. A few things: “Do a few jobs that are a piece of the puzzle. A job is not linear. You don’t get the job of your boss, then the boss’ boss, then the boss’ boss’ boss, etc.”, “First of all, do a little soul-searching and find what drives you, motivates you.”, “If you want to work in a global company, be global.” He shared his unplanned—serendipitous, really—trip around the world with his future wife that motivated him to do his post-doc in Korea, which expanded his career in ways he never could have imagined. Simply, he asked us to consider the yin and yang of careers—detours and lateral movement/goal-oriented, strengthen weaknesses/build upon strengths, fun and talent oriented/hard-working. Take the opportunities when you are given them, as you never know where they will take you.

For the last two sessions, I heard “Careers in a Life Science Start-up” first. He spoke on what it means to be a start-up and how to get it started. Also, he discussed selecting the right team and protecting your product. Of course, there will be many ups and downs in any start-up, and it’s never guaranteed you will succeed. However, from a founder’s perspective, you must be 100% convinced—and convincing—yourself. Last was “Finding your way in the European Funding Landscape: Horizon 2020 and other opportunities.” The lady presenting described mainly Horizon 2020 and the European Research Council (ERC) grants. She detailed the technicalities of each of the funding options and the exclusion of Switzerland from some of the funding for some periods of time due to politics. If you’re looking to do research in another country, the Horizon 2020 would be a great place to find funding. For those starting a new lab, the ERC Starting Grant is the way to go. The two great features about the grants are the availability for graduate students, post-docs, and professor and that they are not exclusive to EU citizens, unlike many fellowships in America.

The day was soon over, and I enjoyed some pretty good Swiss beer and little bites to eat at the apéro. I had many great conversations and met many interesting people over the course of the day. Many were from one of the universities in Zurich, but others were from other places in Switzerland or farther away. Most of the people were PHD students or post-docs either just checking things out or interested in making a move out of academia and taking advantage of the nearly 30 company exhibitions. Regardless of the focus on pharma and biotech, I met others in different fields (strict physicists, a plant scientist, and others) who enjoyed the day. As for me, I was impressed by the caliber of the companies exhibiting (Novo Nordisk, Biogen Idec, and Johnson and Johnson to name a few), the breadth of attendees, and the personal nature of the talks. The speakers strived to make the presentations personal and captivate the audience, which they succeeded to do. Usually, only a few talks interest me, but here I had a hard time deciding which to attend, and with only 2 choices! Overall, I had a great day in Zurich for the event and hope to attend next year.