Angle, a UK-based biotech, is developing a non-invasive liquid biopsy that could be better than current diagnostic methods at predicting ovarian cancer.

Angle, a company specializing in liquid biopsies, has shown that its Pelvic Mass Triage (PMT) liquid biopsy test can differentiate between benign and cancerous pelvic masses and ovarian cysts in 95% of cases in a 200-patient trial. The technology could offer a more accurate means of distinguishing between benign and malignant growths before a biopsy is taken or a patient undergoes surgery.

The PMT assay is completed in two steps to identify cancer cells and analyze their gene expression, respectively. The Parsortix liquid biopsy test identifies intact, living cancer cells circulating in a patient’s bloodstream. The Ziplex system then uses information from RNA-based markers to analyze the gene expression of these cells on a microarray platform.

“What’s different about Angle’s Parsortix system is it is capable of capturing and then harvesting intact cancer cells from a simple blood test,” explained Andrew Newland, CEO of Angle. 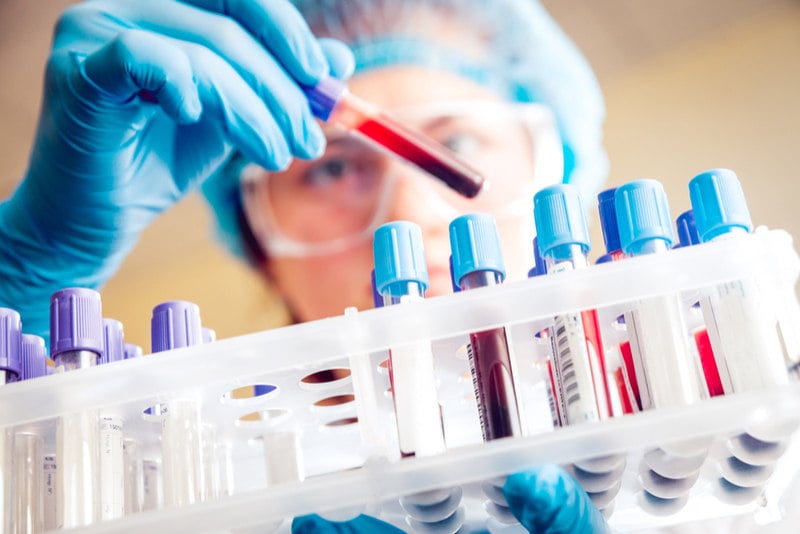 “There are several major advantages to the circulating tumor cell technology. The first is it’s epitope or label-independent, so it doesn’t require the use of antibodies. It captures all types of circulating tumor cells, whereas antibody-based systems miss important cells,” Mr Newland elaborated. “Another key advantage is that the cancer cells are not damaged in the process and come out alive so they can be tested to understand the patient’s disease, enabling personalized medicine.”

Liquid biopsies are relatively new diagnostic tools that can diagnose canceer from a blood sample. This eliminates the need for an invasive biopsy that removes a small amount of a patient’s tissue. Liquid biopsies can play an important role in identifying a cancer in its early stages, and plan appropriate treatment options.

The PMT test could enable women with cancer to be referred to gynaecologic oncology surgeons earlier, whilst patients with a benign tumor can receive local care and minimally invasive surgeries. Angle’s news seems to have sparked the interest of investors, given that the company’s stock price rose 7% at closing time on Monday.