Beyond filling in wrinkles with cosmetics, how do you solve a problem like aging? Here’s how biotech is sinking its teeth into the challenge.

“Aging is… broadly [defined] as the time-dependent functional decline that affects most living organisms.” Maria Blasco, Hallmarks of Aging.

Can we treat aging directly with medicine? “For the past decade, pharma and regulators have said no,” says James Peyer, a managing partner at Apollo Ventures, which focuses on biotechs in the age-related disease space. “This attitude has been the scourge of the aging space and making it harder to advance treatments to prevent the diseases of aging. However, new strategies for turning promising aging science into medicines are beginning to emerge”

Following leaps and bounds in the last 10 years of scientific research, the tide is starting to turn with the launch of companies like Unity Biotechnology, which recently raked in $116M from big-name backers like Fidelity, Arch Ventures and Jeff Bezos. The Silicon Valley-based startup was founded with the explicit purpose of developing anti-aging treatments targeting senescent cells, one of the better understood hallmarks of aging described in Maria Blasco’s landmark Cell review:

“Because the number of senescent cells increases with ageing, it has been widely assumed that senescence contributes to ageing…In aged organisms, [cell replacement system] may become inefficient or may exhaust the regenerative capacity of progenitor cells, eventually resulting in the accumulation of senescent cells that may aggravate the damage and contribute to aging.”

Unity is leveraging new research on senescent cell clearance to develop candidates for inflammatory joint diseases and ophthalmology, both of which have made it to preclinical development. The company also has research underway on other therapies for atherosclerosis, idiopathic pulmonary fibrosis and chronic kidney disease.

While these therapies are designed to clear senescent cells at any stage of the disease, the current model only allows treatment once symptoms manifest; in other words, their preventative, anti-aging powers cannot be tested.

“Treating acute symptoms is technically anti-aging, since it prolongs a person’s life,” says Peyer, “but we can’t think of having a disease as binary – that you only have it once these symptoms rear their heads. Rather, we should think of a disease as beginning as soon as something goes wrong with our bodies, as we do for infections.”

“We now know it’s best to kill the single bacterial cell before it multiplies into a full-blown infection,” he elaborates. “An infection or disease isn’t only treatable once there are symptoms, in fact at that point it’s a much tougher battle. We need to go as early as possible, before the disease begins to impact a patient.”

This shift is more difficult than it might sound. According to Peyer, it will only be possible if the regulatory environment adapts for disease prevention. Under the current model, he says that disease prevention “has no market space, because there is no framework for reimbursement.”

Hendrik Liebers, CFO of Probiodrug, a German Alzheimer’s biotech, sees another issue. “How do you run a clinical trial for a preventative medicine? In order to show a disease is treated or cured, there has to be a disease to start with.”

Undeterred and more public health-minded than money-focused pharma, the NIH in the United States is piloting preventative medicine studies. Its division, the National Institute of Diabetes and Digestive and Kidney Diseases (NIDDKD), pre-emptively administered Metformin, a first-line type 2 diabetes drug, to patients at risk of developing diabetes over the course of 10 years. In 2012, it reported that the regimen effectively prevented or delayed the development of type 2 diabetes: it was linked to “modest but durable weight loss” that the NIDDKD deemed a “strong predictor of diabetes prevention.”

However, the framework for preventative medicine remains very much a work in progress. While it is under construction, biopharma must focus on treating acute diseases as symptoms of aging. Where to begin in this expansive field? “Alzheimer’s Disease will be one of the first dams to break,” says Peyer.

Eli Lilly’s recent failure might fuel skepticism about the chances of success in this field, but Peyer takes the flop in stride. “Eli Lilly’s results were certainly a blow to biopharma’s efforts to cure Alzheimer’s, but this last generation of drugs was aimed at clearing amyloid beta (A-beta) plaques as the neurons were already dying,” he says. 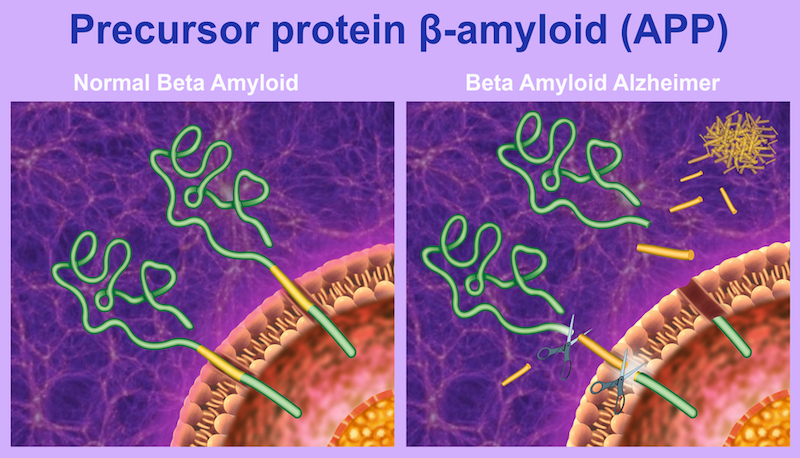 These plaques impair neuron function until they reach a critical mass that kills the cell. As Peyer observes, “it would be most effective to stop plaques from accumulating in the first place. Lilly’s failure seems to support the point that starting earlier to prevent the disease is really the way to go.”

Despite the recent colossal failure of Eli Lilly’s Alzheimer’s treatment, hopes for a treatment remain high as pipelines in biopharma are going strong and returning encouraging results. A successful treatment would also open the door to a new prevention-oriented paradigm. “As with most innovation, we have to progress in a stepwise manner,” says Liebers. “Once an Alzheimer’s treatment is in hand, it’s just a question of time for a preventative medicine to hit the market.”

Preventative medicine is also the key to unlocking anti-aging treatments, since the best way to fight the aging process is to slow or prevent the body’s decline. This new therapeutic area is still abstract, but it could crystallize in a cure for Alzheimer’s Disease. With such a therapy in reach, the dawn of anti-aging therapies is nigh.