A Phase II proof of concept study has shown that one of Argenx’ antibodies is effective in treating the neuromuscular disease myasthenia gravis.

Argenx has released the results from a Phase II trial with ARGX-113 (efgartigimod), in which the antibody therapy has proved to provide a significant improvement in patients with generalized myasthenia gravis, a form of the disease that affects the strength of multiple muscles simultaneously. Argenx’ stock on Euronext Brussels is up by 24% a few hours after it opened this morning following the announcement.

A total of 24 patients were recruited for the trial. They all received the standard care for myasthenia gravis  (corticosteroids and/or immunomodulatory agents) in addition to four weekly doses of either ARGX-113 or placebo. After 6 weeks, 75% of patients treated with ARGX-113 showed a significant improvement in their symptoms, compared to just 25% of those receiving the placebo. A clear improvement was seen starting from the first week after the first infusion. 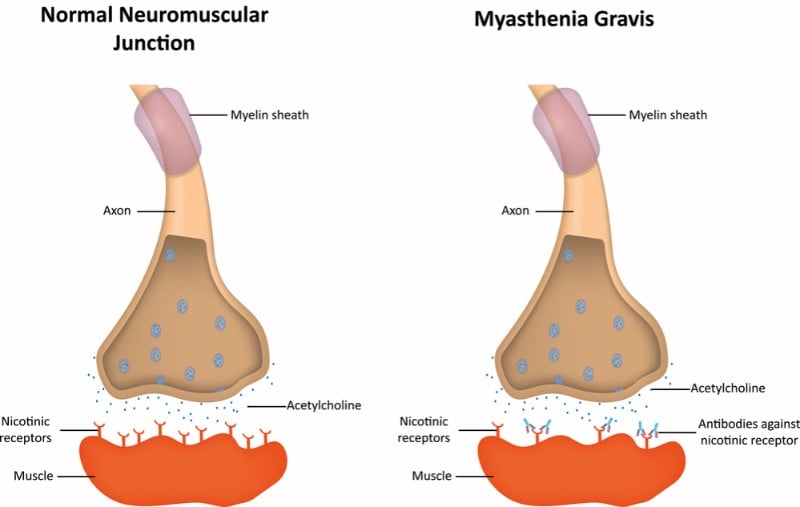 ARGX-113 is an antibody developed using Argenx’ ABDEG technology to engineer antibodies and make them attack the patient’s own antibodies. In particular, ARGX-113 blocks a receptor called FcRn, which is involved in the recycling of IgG antibodies. This leads to a rapid depletion of the IgG autoantibodies that cause autoimmune disease by reacting against the body’s own cells.

In this case, the target disease is myasthenia gravis. But Argenx thinks the same principle could benefit patients with other autoimmune diseases. ARGX-113 is being tested in another two Phase II proof-of-concept studies in the blood disorder immune thrombocytopenia and the skin blistering disease pemphigus vulgaris. Results from both are expected in the second half of 2018.

Up to October this year, there had been no new FDA-approved treatments for generalized myasthenia gravis in over 60 years. US-based Alexion Pharmaceuticals stopped this long streak with the approval of Soliris (eculizumab), an antibody targeted to the up to 15% of patients with myasthenia that test positive for antibodies against anti-acetylcholine receptor (AchR), who often present more severe symptoms and fail to respond to existing treatments.

In comparison, ARGX-113 is not constrained to the expression of any marker, which could give Argenx a competitive advantage in a market where innovation has been lacking for too long.