Berlin is a creative crossroads not just for arts but also life science. A variety of players in academia, industry, and startups make the ecosystem blossom.

To those who know Berlin as a creative hub, it might come as a surprise that life science is one of the city’s industrial pillars. The German capital region is home to more than 500 companies in biotech, pharma, and medtech, as well as 35 large research institutions focused on life sciences and around 130 hospitals. Above all, one of Europe’s largest and most renowned university hospitals, Charité, calls the city home.

Perhaps the density of institutions is a product of the Cold War. When the city was divided into East and West, there had to be two copies of everything, including universities, hospitals, and research institutions. Since reunification, Berlin city has found that it now has double the strength of an ordinary city as its old rival halves have joined forces to create a thriving ecosystem for all kinds of companies.

More than 20 years after the wall fell, Berlin is going strong. Every year, about 500 new tech companies are founded in Berlin, making it Germany’s startup capital. What is the secret to Berlin’s continuing success in digital health and biotech? 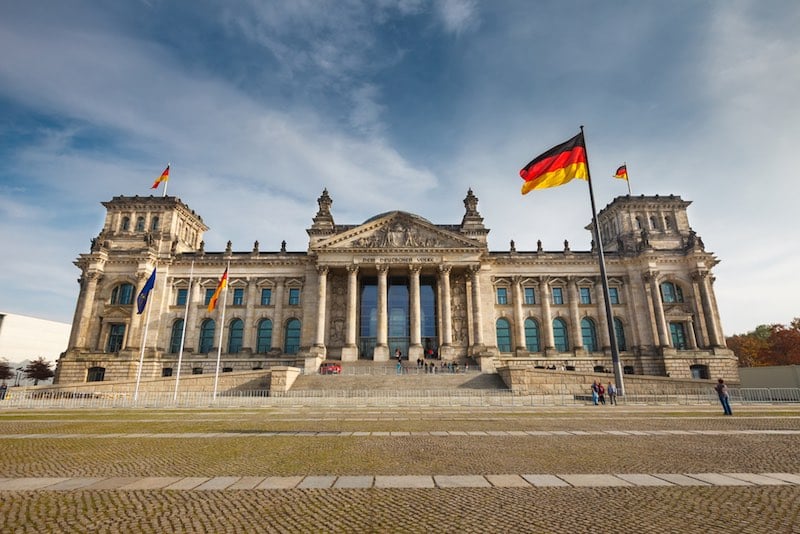 One Berliner, Joachim Rautter, co-founder and Managing Director at Peppermint Venture Partners, has an idea. “At that time, right after the reunification, Berlin was the place to be in Germany – a lot of entrepreneurial and open-minded people came and stayed,” he recalls. 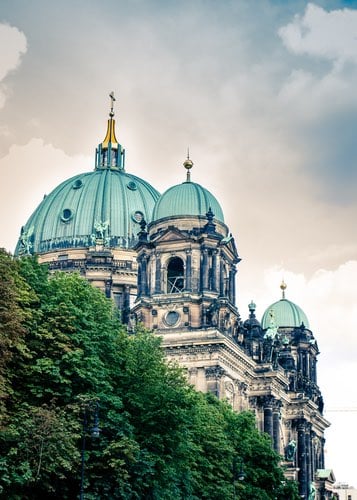 In 1996, the HealthCapital cluster was founded, which began as the BioTOP Berlin-Brandenburg initiative. Its mission is to connect innovation in scientific research with the emerging life sciences industry.

Simon Bungers dove right in when he co-founded labfolder, an award-winning, fast-growing laboratory software company, in 2012. According to Bungers, who has stayed on at labfolder as CEO, Berlin provides the best environment for a startup imaginable.

As he describes, the number of highly qualified, motivated people is very high in Berlin, while the cost of living remains low. “Even more important, everyone is very open to interacting and learning from each other,” he says. “The flair is very international, inspiring, and has an overall entrepreneurial spirit. It’s just easy to meet all kinds of people in a friendly, familiar atmosphere that inspires new project ideas.” 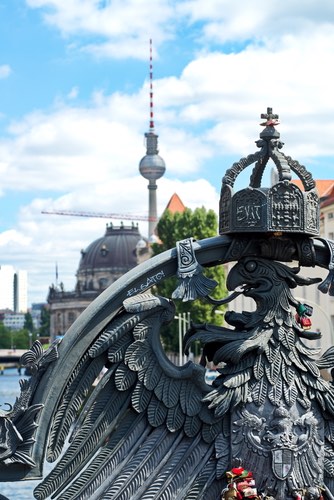 “Scientists talk to IT guys, both talk to app designers, and everyone talks to VC companies,” Bungers continues. His own investment story is a great example: Bungers met a representative from Peppermint VP at a Berlin Partner event, and Rautter’s company went on to become labfolder’s lead investor.

With a good business idea in hand, it is not too difficult to find funding. Grant programs like Exist, backed by the Federal Ministry for Economic Affairs and energy (BMWi), and ProFIT, by the Investitionsbank Berlin (IBB), support young entrepreneurs.

Networking is essential to an entrepreneur’s success, and it lies at the heart of Berlin’s ecosystem. Rautter points out that for his venture firm the interaction network of universities, scientific institutes including Max-Planck, Helmholtz, and Fraunhofer, as well as Charité.

“Through the Charité Biomedical Fund (CBF), we interact with many excellent clinicians at the Charité who help us evaluate new ideas for medical devices and digital health startups,” says Rautter. 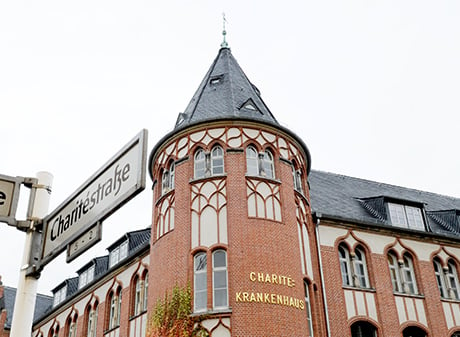 The Berlin network was also crucial for labfolder’s success. When the company first looked for beta testers for their new software, it posted a notice on the Charité blackboard. “The next thing we knew, Prof. Dirnagl’s innovative team at the Charité contacted us because they wanted to have a closer look at our software. They partnered up with us, and then became one of our first reference customers,” he recalls.

Other startup companies spun out from Berlin universities like Dendropharm, a spin-off from the Freie Universität, quickly joined labfolder’s customer base. And labfolder will no doubt find more clients as an increasing number of companies takes off in the city.

There are around 60 accelerators and incubators in Berlin supporting such startups. Bayer opened its CoLaborator in May 2014 as a labspace for new companies in life sciences with ideas related to the pharma’s research interests; Pfizer started its own, the Berlin Healthcare Hub, the same year.

For digital medicine, there’s Flying Health, located right in the heart of the city. Its residents include a number of startups that monitor features like mental health, as well as M-Sense, which attempts to predict the onset of migraines and headaches. 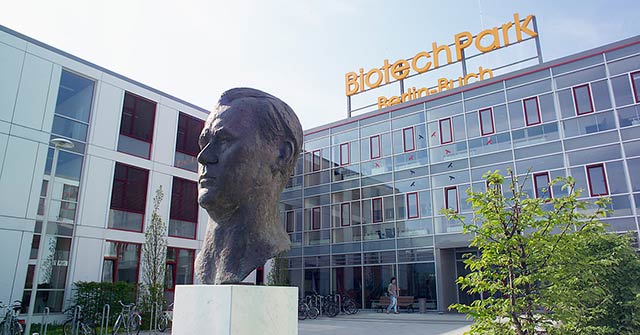 “I believe that in the future, no drug will be developed without a matching sensor and smartphone app,” says Rautter. Along with this trend, Bayer AG launched Grants4Apps, an open innovation initiative providing close interaction between drug developers, software programmers, scientists, and startup companies. 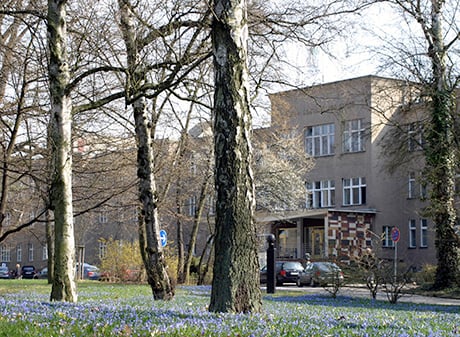 Bungers sees a trend in applications towards enhanced communication that could change how labs collaborate, and labfolder aims to give scientists access to real-time data from multiple users or collaborators, as well as facilitate communication between institutions. “Cross-institutional research projects will certainly become more efficient this way,” he says.

Berlin is also home to more traditional biotech companies, like Captain T Cell, an immuno-oncology startup. Founded by scientists from the city’s Max Delbrück Center (MDC) and propelled by the SPARK mentoring network in Berlin, the company is accelerating towards its goal of leveraging its platform to provide preclinically validated TCR-based gene therapy to patients. Last year, Captain T Cell took home £100K as the winners of the OneStart competition in London.

Another resident of Berlin-Buch’s biotech park, OMEICOS, was also spun out of MDC. Earlier this month, it closed a €8.3M Series B round; the funds will support the clinical development of its lead candidate for atrial fibrillation (AF), a compound based on omega-3 fatty acids that have a strong antiarrhythmic effect.

Academic institutions are keeping up with the rapid expansion of the industry. The Berlin Institute of Health has launched joint appointments between Charité and Max Delbrück Center as part of a strategic effort in personalized medicine and translational research. The positions will consist of five professorships in digital health, clinical translational sciences, disease modeling, genomic medicine, and cell and gene therapy.

“We want to focus on health issues that are going to be relevant to our society in ten years’ time and thus help turn healthcare into a value-based system,” said CEO Erwin Boettinger in a statement. The BIH initiative plans to accomplish this by investigating health apps, AI, big data and genome editing technologies, among other fields.

“Progress is the result of dialogue and new alliances,” continues Boettinger. Indeed, networking, collaboration, and a faster exchange of ideas and data are the keys to success for Berlin’s digital health and life sciences ecosystem — these are some of the attributes that attracted Labiotech.eu to make Berlin its home! Taking advantage of its dynamic ecosystem, the company has brought together a team drawing on 10 nationalities and a variety of backgrounds to build your favourite digital media for biotech!

It’s not just Labiotech.eu though — a variety of companies like those in venture capital, digital tech and biotech, not to mention academic institutions, are flourishing and building a thriving ecosystem for companies in these exciting areas.

If you’d like to hear more about Berlin’s thriving ecosystem of industry, academia, and capital, get in touch with Berlin Partner! Drop them a line or later this Spring at Bionnale on its home turf. 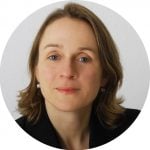 Co-authored by Ute Boronowsky, who obtained a Ph.D. in plant biochemistry at the Ruhr-University Bochum in 1999. After her postdoc at UCLA, she moved to the biotech industry and worked in various sales and marketing positions. In 2012, Ute co-founded Cube Biotech, a German startup focusing on membrane proteins. She also works as a freelance science and marketing writer, translator, and journalist.