Roche is rumored to make a move on the California biotech BioMarin. Despite a slightly weakened pipeline, Roche appears undeterred and previous offers were predicted to be around $15Bn.

As big as some of the other industry veterans, BioMarin was founded in the 90’s boom in Biotech in San Rafaele, California. The deal itself is entirely based on rumor and anonymous sources, originally appearing on the blog Betaville.

Nonetheless, after a similar move was also made by Roche in 2013 (up to a value of $15Bn!), the markets have still seen over a 10% jump in BioMarin’s stocks.

This is slightly surprising, as although 2016 was predicted to be a fortuitous year for the company, the pipeline and product development isn’t as strong as it could be.

In early 2015, BioMarin also acquired the Dutch biotech ProSensa in an impressive $840M, so rights to their proprietary exon-skipping RNA technology would also pass onto Roche. ProSensa’s tech also applications in neuromuscular diseases, including DMD.

However, just last month, investors confidence was undermined slightly when BioMarin’s development of ProSensa’s drug for Duchenne muscular dystrophy (DMD) failed. This was due to a January FDA application denial, after Kyndrisa (drisapersen) failed to meet primary endpoint in 2 out of 3 trials. 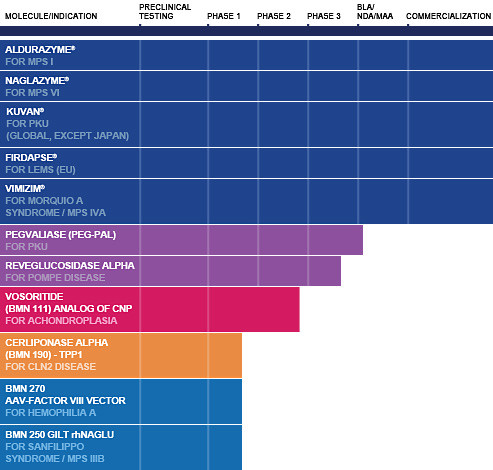 Similarly, it had a bit of a disappointing time with their rare disease phenylketonuria drugs Kuvan and PegPal, which Merck decided to return to BioMarin last year. And share prices dropped temporarily last year following a brief recruitment suspension for its Haemophilia A trial.

However, this potential acquisition by Roche is instead suggestive of confidence in the rest of BioMarin’s pipeline. It is rich in candidates for other rare diseases, from Sanfilippo syndrome to Pompe Disease. Acquiring BioMarin would therefore help flesh out Roche’s rare disease portfolio too.

Similar rumors for another potential European Pharma buyer include Sanofi, should its planned take-over of Medivation (another US biotech) doesn’t go through.