The production of biologicals is an important challenge for the industry. Today, very often, the only way to have a sterile final product is to, first, use sterile components and then, launch the production in a fully aseptic manufacturing facility. What if we could terminally sterilize the protein-based outcome once produced?

More and more biologicals are brought to the market, and the facts show it clearly. First, in 2014, there were more biologicals than small molecules approved by the FDA. Secondly, Sanofi generates already 50% of their sales form biologicals and have 80% of its pipeline full of them.

The production of biologicals is made inside GMO microorganisms or cells. This is how biotechnology was born in the 80s with Genentech producing the first insulin in bacteria. It then evolved to produce growth hormones, EPO by Amgen being one of them, or more recently monoclonal antibodies such as anti breast cancer Herceptin (trastuzumab) by Roche.

A big challenge in this production process is that the resulting product has to be sterile, like any drug given to humans. And this is no easy task! All the products entering in the manufacturing process have to be sterilized before hand, and manufacturing needs to be sterile and strictly under control at all times. What if we could sterilize a protein in pharma once produced?

Leukokare is a Munich-based German Biotech trying to solve this problem. Relying on more than 10 patents, the company develops unique formulation technologies for dry and liquid formulations that stabilize and protects the different kind of proteins, e.g. at increased temperature conditions and if needed even during terminal sterilization (in dry formulations). The technology platform is based on a library of up to 25 excipients. Used formulations are usually compositions of 5 to 8 excipients that protect the protein by building an amorphous shell.

As always in pharmaceutical formulation development the challenge is that employed formulations do not alter the efficiency of the product. Therefore, the company is now performing different trials to demonstrate that reformulated products are as good and similar as the original ones. The company has already obtained and disclosed positive results on trastuzumab and on an H1N1 influenza A vaccines. The next step of this 20-people biotech company is to bring products employing its’ formulation technologies to the market. To do so, the company has currently 12 ongoing collaborations, e.g. with pharma companies. 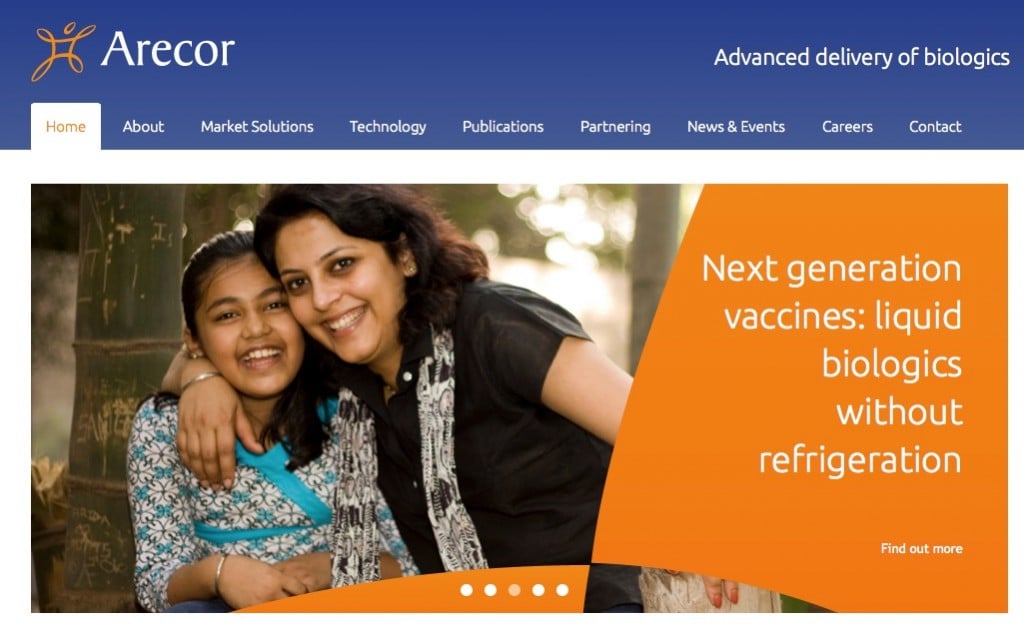 Leukocare’s main european competitor is Cambridge, UK based Arecor. The technology is different but the goal is similar.

I was very interested by this innovative technology that I first discovered it during a conference in Munich (where we launched the final version of Labiotechmap.com). Solving the challenge of producing biologicals for example with a low bio burden and then terminally sterilize would be a big step forward. It could lower the complexity of actual production processes, and therefore its costs. Furthermore, on a more global perspective, people in developing countries could gain access to biologicals too.