A research group at ETH Zurich, Switzerland, has made it possible to edit hundreds of genes at once with CRISPR gene editing.

CRISPR gene editing has revolutionized the biotech industry by providing an easy and quick way to genetically modify organisms. So far, however, CRISPR techniques have only managed to edit a maximum of seven genes at once. This limits the potential of the technique in creating cell therapies, since whole networks of genes need to be reprogrammed to control each cell’s fate.

The Swiss research group devised a way to overcome this limitation with a CRISPR technique able to edit 25 genes in one go. This number could also be increased to up to hundreds of genes at a time. This method therefore makes it possible to edit gene networks, and reprogram stem cells to become cell therapies such as skin cells or insulin-producing pancreatic cells.

The most famous genome editing technique, CRISPR-Cas9, uses the DNA-cutting enzyme Cas9 and an RNA molecule that guides Cas9 where to cut on the genome. Instead of Cas9, this latest study published in Nature Methods used the enzyme Cas12a, which can cut both DNA and RNA. To make Cas12a cut multiple genes, the researchers used a chain of many RNA guide molecules, like a ‘hit list’ of genes to edit.

In addition to editing multiple genes at once, the technique has other ways to fine-tune cell therapies. For example, Cas12a’s RNA-cutting ability can be used to ‘silence’ a target gene by destroying mRNA molecules encoding the gene. 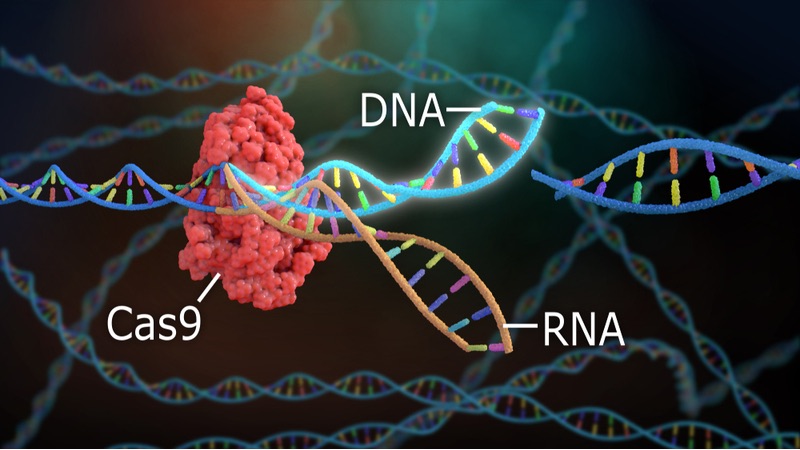 According to Randall Platt, Professor at the Department of Biosystems Science and Engineering at ETH Zurich and lead author of the study, other groups have developed many elements in the method, such as using the Cas12a enzyme, but his group is the first to combine them into a single, convenient approach.

“As an analogy, others in the field have very powerful knives, scissors, and screwdrivers, but we have created a swiss army knife enabling all of these actions in the same concerted way,” he told me.

Platt told me that the group plans to apply the technology to undisclosed “areas of commercial value,” but patenting the technique is tricky since many of the different elements of the method are either in the public domain or already patented by others.

With the popularity of CRISPR-Cas9 exploding in the biotech industry, many are turning to different enzymes that could have advantages over Cas9. For example, the German giant BASF licensed the use of CRISPR-Cpf1 from the US Broad Institute last year for editing crops and microbes. The Cpf1 enzyme is able to access and edit regions of the genome that the Cas9 enzyme cannot.