The exhibition Fungal Futures, in Belgium, showcases multiple objects that are made using fungi, offering a peek into a future of sustainable materials.

We are in dire need of sustainable materials that provide an environmentally-friendly alternative to plastic and other materials that cause pollution and end up crowding landfills. The solution could be fungi. These microorganisms grow a network of root-like structures, known as mycelia, that can be engineered and combined with other natural components to develop materials with different properties.

The exhibition at the museum De Wereld van Kina Tuin, in Ghent, Belgium, is gathering the creations of designers across Europe that are working with fungi to create materials that can be used to create all sorts of everyday objects in a sustainable manner. And once you are done with them, all you have to do is compost them. Let’s have a look at some of them.

Our consumption of clothing is increasing steeply, generating a lot of waste as items quickly go out of fashion and because it is often easier to buy something new than to repair what you own.

With these issues in mind, Dutch designer Aniela Hoitink has created a material made of fungal mycelium that can be used to make tailored clothing. She’s built a modular process in which a piece of clothing can be created according to the wearer’s wishes by just placing discs of the fungal material on top of each other. The final garment can be modified later to adjust the length and shape, and once it’s not in use anymore, it can be easily composted.

Shoe designer Kristel Peters has translated this concept into the making of shoes. The result is a two-piece modular shoe where the upper part is replaceable and can be changed according to fashion or the needs of the wearer. By making the pieces out of mycelium materials would eliminate any waste from the process. 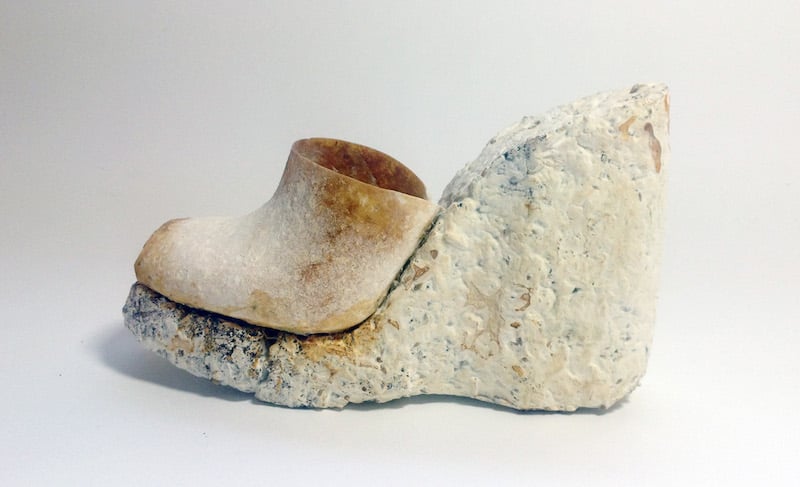 That is the idea that guides Maurizio Montalti, founder of the design practice Officina Corpuscoli, which, in collaboration with artists and designers, researches fungal materials that can be tailored to have different properties for different applications.

One of his creations is a series of homeware items, including bowls, stools, bags and lamps that are made of mycelium. With them, Montalti demonstrates it is possible to replace the sources of the objects that are present in our everyday lives. His vision is to turn the concept into reality, as the founder of the startup Mycoplast, which focuses on scaling up the production of these fungal materials to industrial levels. 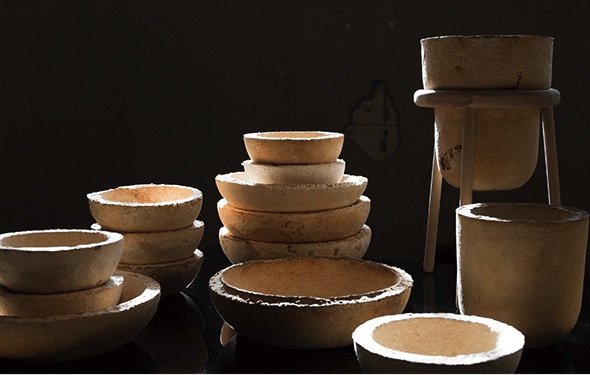 Designer Jonas Edvard has a similar goal in mind. Using a combination of mycelium from Oyster mushrooms and fibres sourced from plants, he has created a method to mould the resulting material, which is strong, flexible and lightweight, into items such as stools and lamps. 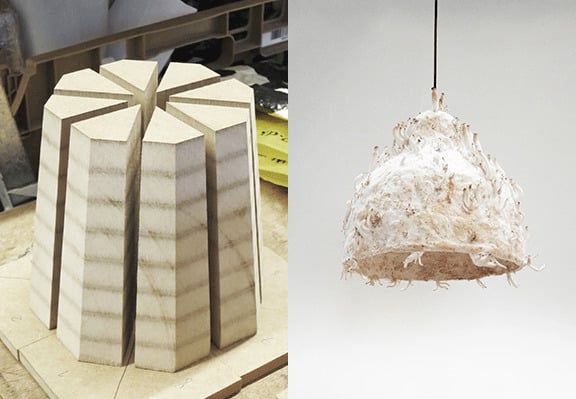 Katharina Unger and Julia Kaisinger, the designers behind the LIVIN studio, have created a device prototype for the production of this fungal food. The device holds a series of small, round vessels made of agar, a seaweed-derived product that is used as the nutrient base for the fungi. The vessels are then filled with plastics, and the fungi are left to grow over the whole structure, degrading the plastics during the process. They can then be harvested to eat.

The sky’s the limit

The Fungal Futures exhibitions proves that there is almost no limits to what can be done with sustainable materials. One of the projects presented includes a method to 3D-print living mycelium combined with waste materials, resulting in a material that captures CO2 and can be used to make virtually anything.

These innovations might feel somewhat futuristic at the moment, but these materials might come sooner than we think. There are many industries that could benefit from switching to biological methods of production. Big brands are partnering with designers and biotech companies to develop sustainable materials, as is the case of Adidas’ biodegradable silk sneakers. The first products will start arriving to the market in the next few years, and not long after plastics might finally be a thing of the past.

All images via Fungal Futures