Noble Généthon has teamed up with ignominious Sarepta to develop a gene therapy for the Duchenne variety of the muscle wasting disease.

Dedicated to rare diseases since 1990 and more recently to gene therapy, Généthon is one of very few not-for-profit companies in European biotech. Though it has not yet brought a drug to market, it is well established as a nonprofit, credit for which is due to its creator, the French Muscular Dystrophy Association, AFM Téléthon. The company has now teamed up with the (in)famous American company, Sarepta, to work on a gene therapy for Duchenne Muscular Dystrophy (DMD).

When I last spoke to Généthon’s CEO, Frédéric Revah, he told me that while the majority of the company’s financial support comes from Téléthon, an increasing amount comes from such partnerships. “We get more and more support from industrial partnerships as we outlicense more of our drugs,” explains Revah. “However, Téléthon will always remain the main source of our funding; the funding from out-licensing is a complement.”

But is Sarepta the best partner? While the American biotech can boast about its FDA-approved drug for DMD, Exondys 51, (whose priority review voucher was just sold to Gilead for $125M,) this achievement is dubious: not only was the key clinical trial tiny, the FDA admitted that patients did not receive a clear benefit from the drug in the study. These circumstances prompted a renowned journalist to sue for the documents pertaining to the decision, an attack that Sarepta’s stock into a downward spiral in May.

Nevertheless, under the terms of the partnership agreement, Généthon will trust Sarepta as a potential co-developer of its DMD candidates, all of which are preclinical. The French biotech has been developing a micro-dystrophin gene therapy that has proven itself applicable to the disease. As it counts with Europe’s largest cGMP vector manufactory, YposKesi, and one of the world’s largest research and clinical groups developing rare disease therapies, Généthon is an attractive partner for any companies prospecting in the field. 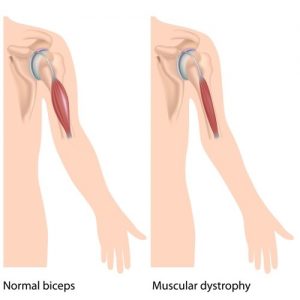 Sarepta’s pricing practices may also offend the sensibilities of a nonprofit, since they raised the hackles of the drug pricing patrol with a plan to charge $300k per year for Exondys 51. According to STAT News, the company’s CEO, Edward Kaye, said this figure is “in the middle of the range” for rare disease drugs, “and given the sensitivity to pricing, we tried to be reasonable when looking at all the costs.”

Though financial details of the agreement have not been disclosed, Généthon may have enough influence to sway Sarepta away from gouging. “Our main goal is to ensure that patients have access to drugs and that they are affordable. Price should not be an obstacle,” Revah told me.

“Whatever we do here, we hope to apply the same tech to diseases that affect more people, like sickle cell anemia and cancer,” he continued. With a crowded arena of companies like CRISPR Therapeutics, AMO Pharma, and Debiopharm all battling to bring the next DMD drug to market, having a back up plan via a platform seems sensible.