Researchers at the University of Edinburgh have genetically engineered pigs that are resistant to a common disease that has exorbitant costs to the livestock industry.

Researchers at the University of Edinburgh, in collaboration with the animal genetics company Genus, have produced pigs that are resistant to one of the most costly animal diseases in the world using genetic engineering. This could help cut costs of around €2Bn ($2.5Bn) each year to the industry in Europe and the US.

The disease, called porcine reproductive and respiratory syndrome, is caused by a virus that infects pigs by attaching to a receptor found on the surface of pig cells. The infection causes breathing problems and deaths in young pigs and can cause pregnant sows to lose their litter.

The research team used genetic engineering techniques to remove the part of a cell receptor that the virus attaches to in the pigs, to block the virus from infecting the cells. While previous tests showed gene-edited cells were resistant to the virus in the lab, this is the first time the technology was tested by exposing gene-edited pigs to the virus. The results are promising: none of the animals became sick after exposure to the virus, and blood tests showed no signs of infection. The gene editing also did not appear to have any adverse effects on the pigs’ health and wellbeing.

Notably, this approach did not introduce genes from other animals into the pigs. In the US, companies have recently used gene editing of plants (without introduction of foreign genes) to improve a number of characteristics of vegetables and other food crops and get them to market without having to abide by the strict regulations surrounding GMOs. It remains to be seen if this strategy will also help acceptance of meat that has undergone gene editing with tools such as CRISPR-Cas9. 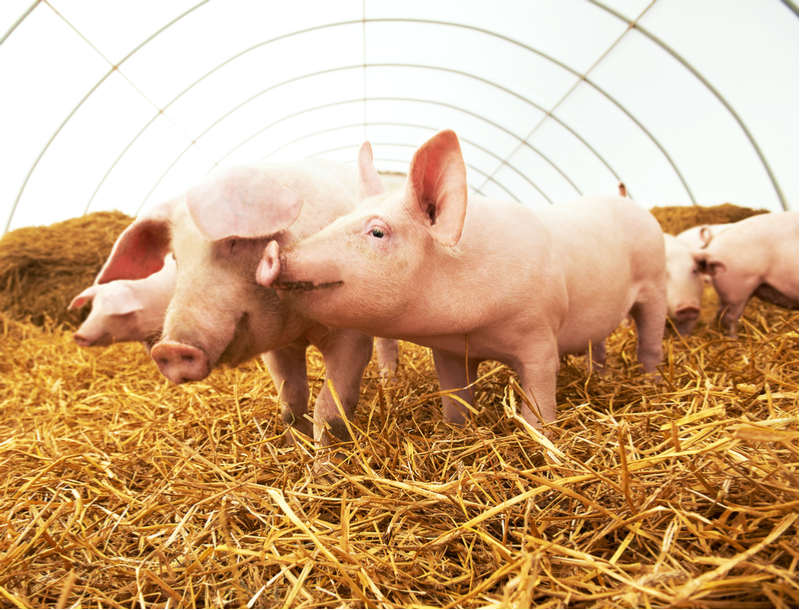 Even though the results are exciting, we are still a long way from eating gene-edited pork. If studies continue to be successful and the public is open to buying gene-edited meat, the researchers hope to work with pig breeding companies to use their technology in commercial breeding stocks.

Genetically engineered pigs are likely to be in demand in areas outside of farming and meat production as well. For example, eGenesis, a spin-out from George Church’s lab, is using CRISPR to genetically engineer pigs to produce organs that can be transplanted into human patients. If successful, this technology and others like it could increase the supply of organs available to transplant patients.