A huge European action for the next three following years is the European Fund for Strategic Investments (aka the Juncker plan). This consists of a €315 billion Investment Plan to “get Europe growing and more people back to work” (as written on Europa’s website).

The Barcelonan Grifols (Spain) is one of the first companies to receive its slice from the European Investment Bank. Grifols is a leader in plasma protein manufacturing and a pioneer in the research and development of alternative therapeutic application of these products.

The loan will mostly support their R&D program for alternative use of hematological biologicals. Signed on the 28th of October, the €100M loan has certain conditions, including a fixed interest rate, a tenor of ten years and a two year grace period.

Plasma proteins can be used for the same target across a wide range of different diseases. For example, one indication in the Central nervous system includes Alzheimer’s disease, which has a really poor therapeutic arsenal. This is a particular focus in the biotech world with the launch of the Dementia Discovery Fund by the WHO and UK Government (amognst other EU Biotechs).

Grifols believes a good way to stabilize the progression of this Neurodegenerative disease is to employ plasmapheresis with the blood protein albumin. This could mobilize the Aβ-amyloid protein (responsible for neuro-degenerative plaque in the disease) from the cerebrospinal fluid into the blood. That’s definitely a solution to explore further…and one benefit of using albumin plasmapheresis is that it does not present as many side effects as other proteins. 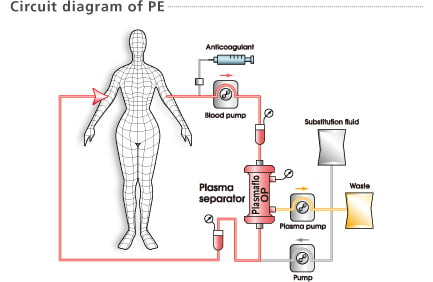 Beside this, the company also plans to develop a therapy to target an alternative disease area using proteins for vascular pathologies (such as in cardiovascular surgery and arterial thrombosis).

Receiving €100M under ‘friendly’ financial conditions is therefore definitely good news for Grifols. From an EU point of the view, this is a big loan…but not the biggest so far: €313M  has already been allocated for the development of offshore wind farm by Galloper Wind Farm Ltd.

Let’s see where else the Juncker Plan will take other European biotechs!