GlaxoSmithKline has become the first big pharma company to file a gene therapy approval case to the European Medicines Agency (EMA). The therapy, developed in collaboration with San Raffaele Hospital and the Telethon Foundation in Italy, is designed to cure a disease called adenosine deaminase (ADA) deficiency, which causes severe combined immunodeficiency syndrome, lead to serious infections and, ultimately, death.

ADA affects an estimated 350 children worldwide (around 30 children are born with this genetic defect each year). The current, expensive, therapy involves bovine enzyme replacement and requires frequent injections and lacks so far in efficacy. GSK’s therapy is designed to treat around 90% of these children for whom no suitable bone marrow donor can be found.

The drug (GSK2696273) is a gene therapy which uses an adeno-associated virus vector to insert working copies of the ADA gene into the stem cells extracted from the bone marrow of patients. The cells are then reintroduced into the patient, so they can repair the immune system and enable the body to make normal genes on its own. 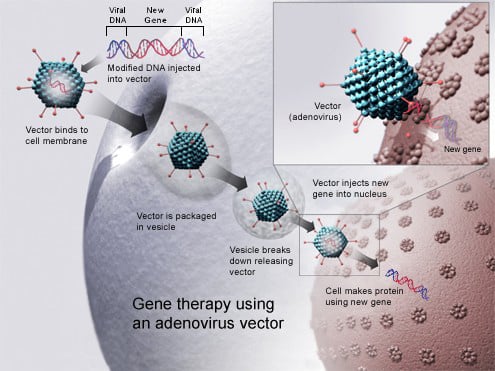 The application has been built and backed up by the data obtained from 18 patients, with the first treatment dating from 13 years ago. These patients, today, are all alive, though three had to have follow-up enzyme replacement therapy or a bone marrow transplant.

If authorized, the San Raffaele Hospital in Italy wants to offer gene therapy to people who need it in Europe and other countries. It has all the chance of becoming a shrine for the patients in a near future. An approval for GlaxoSmithKline in Europe would also have wide implications for the gene therapy market.

The entire field was knocked back in 1999 with the death of Jesse Gelsinger from massive immune response-mediated organ failure after receiving a high dose of an adenoviral gene therapy. Years of regulatory caution followed this affair. It was only until 2012, as uniQure secured EMA approval for its lipoprotein lipase deficiency therapy Glybera (today sold at a record price), that a gene therapy had been approved in Occident (the first to ever be accepted was in fact a head and neck cancer therapy of Shenzhen SiBiono GeneTech, approved in China back in 2004).

The gene therapy scene is facing a real renaissance. There are almost 500 gene therapy candidates currently in development, with more than 200 targeting cancer, and 100 already in late-stage clinical development (source: Roots Analysis). According to the market research firm Kalorama, sales of these therapies in cancer alone could reach up to $13Bn by 2025.

But caution is advised in this volatile market. Last Monday, Spark Therapeutics had to put up a fight against the market to restore its share price at a normal level. Reasons for this fall were results results from an unrelated study, indicating that participants of two gene-therapy trials both experienced partial restoration of their sight following their treatment, but are now, unfortunately, losing their vision again. This therapy is designed to restore functional copies of the RPE65 gene, as Spark’s therapy is supposed to do. Another case happens only a few days ago, the share price of Celladon sank because of bad results regarding their gene therapy for heart disease.

Still, some companies are paving the way to a real market bubble. Successful biotechs like Bluebird bio are raising hopes that the field has finally matured and is ready to deliver safe and effective therapies. Actors of this field are moving quickly, GSK is one of them. Biogen, who just jumped into the field, is starting its own unit. Bristol-Myers Squibb announced a $1 billion deal with uniQure on a cardiovascular program, whereas Sanofi’s Genzyme unit has made a major play with a $845m alliance with Voyager Therapeutics (a company launched only 3 years ago!) to treat central nervous system disorders like Parkinson’s disease. 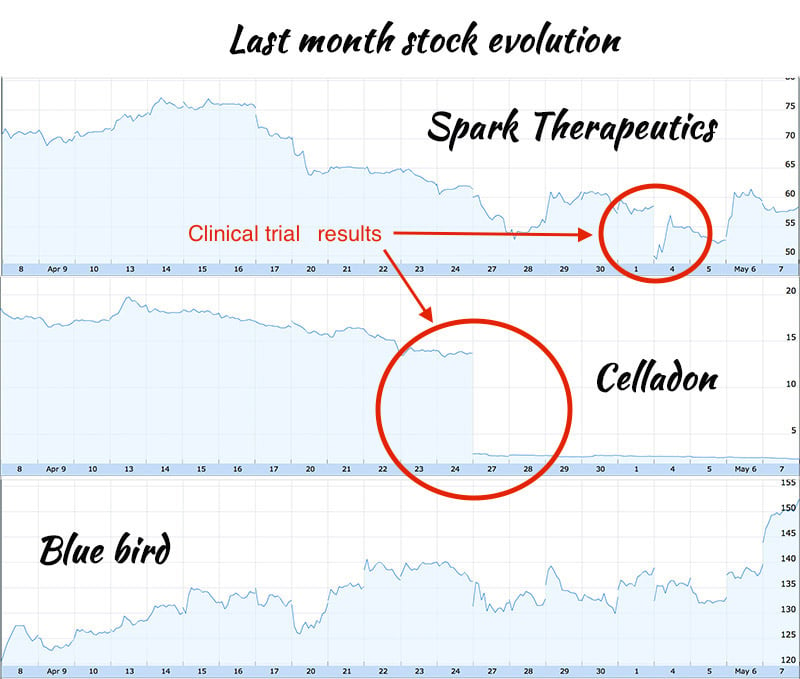 There are still huge doubts concerning the potential of gene therapy. The mere price of the treatment is sufficient enough to make the European healthcare system explode… But the move of GSK highlights the growing interest for gene therapy from Big pharma companies which are already seing gene therapy as their next blockbuster supply.