Horama has been authorized to start a Phase I/II trial in France testing HORA-PDE6B, a one-off gene therapy with the potential to cure retinitis pigmentosa.

Based in Paris, Horama develops gene therapies to treat genetic diseases affecting vision. The company will now start a Phase I/II clinical trial that will recruit 12 patients at the Nantes University Hospital to test the safety and find the right dosage for HORA-PDE6B. This treatment is a gene therapy intended to cure retinitis pigmentosa with a one-time treatment in those cases where it’s caused by mutations in the PDE6β gene.

Mutations in PDE6β are estimated to affect over 5,000 people in the US and Europe, and result in a progressive loss of night vision and visual field that appears in childhood, resulting in disability. “When you only have a few degrees of visual field, you cannot move, you can’t read, you can’t recognize faces, you cannot see your feet when you walk, or a car coming from the side,” says CEO Christine Placet.

Eventually, the condition leads to blindness by the age of 40 years. And there is no treatment.

Horama could end that if HORA-PDE6B proves safe and effective. The gene therapy consists of a recombinant adeno-associated virus (AAV) in which the viral genes have been substituted by a functional copy of the PDE6β gene. The DNA is injected under the retina, right between the photoreceptors and the retinal pigment epithelium, where the cells use it to express the correct version of the PDE6β protein. 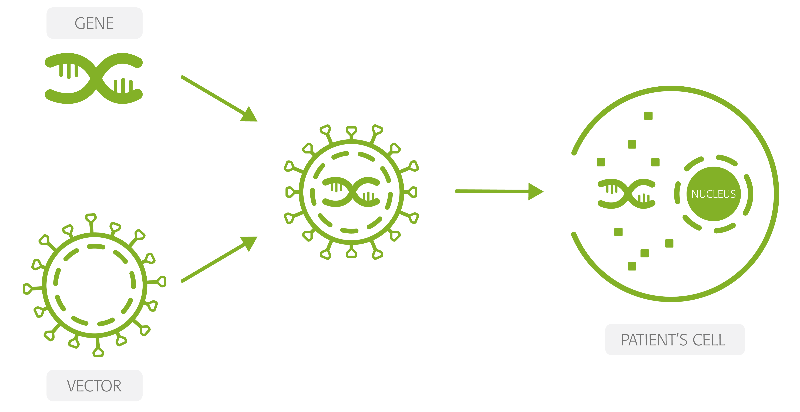 According to Placet, the therapy has the potential to be a cure with a single injection in each eye. Since the cells to which the DNA is delivered are not renewed as we age, she expects the therapy to induce a sustainable effect years after its administration.

Other companies, such as Nightstarx and Gensight, are also working in the area of gene therapy for eye disease. However, they focus on other congenital diseases. “As far as we know, we are the only one working on PDE6B for retinitis pigmentosa,” says Placet. Meaning Horama has a big chance to be the first to launch a treatment for the disease.

The upcoming trial will follow patients for several years, but results will be drawn on evaluations 1 year after the patients are treated. The prospects are positive given that Horama has already reported positive safety data in Phase I/II with another gene therapy based on the same technology. Called HORA-RPE65, the treatment carries a copy of the RPE65 gene to treat the rare disease Leber congenital amaurosis type 2 (LCA2).